Libertarians Are In The Races 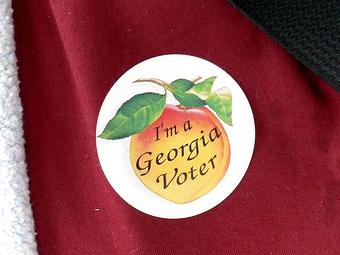 Georgia voters will have three candidates to choose from in all state wide posts on this November’s ballot... the democrat, the republican and the libertarian. It’s the first time the libertarian party has a full slate in Georgia races.

John Monds for governor, Dan Barber for lieutenant governor, David Chastain for secretary of state… and the list goes on. From the attorney general to the public service commissioner, the libertarian party is offering up a candidate.

Brett Bittner with the Libertarian Party of Georgia says those ideas have appealed to more and more people over the years, which is why they’ve got someone in every state wide race. Though, he says, they’re still limited in local and district races because of the state’s ballot access laws.

"We’re hoping for full ballot access where we’re able to run for county commissioner and school board and a lot of the partisan races that we’re currently outside of," says Bittner.

By law, if John Monds gets 20 percent of the gubernatorial vote, libertarian candidates in coming elections won’t have to collect 25,000 signatures to run for those posts.

But that’s not likely to happen. According to political polls, he has only five percent of the vote. However, Monds could send the Governor’s race into a runoff says Kennesaw State University political scientist Kerwin Swint.

"The fact that Monds could win enough votes to cause a runoff would probably hurt Barnes simply because republican candidates do better in a runoff," says Swint.

Swint says libertarians usually fetch just two or three percent of the vote. They were successful in sending the U.S. Senate race into a runoff two years ago.