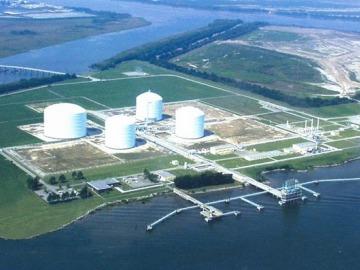 The City of Savannah is trying to stop hazardous liquefied natural gas from being transported on city streets.

But a federal agency will decide whether it happens.

Currently it only runs through pipes.

The trucks would come from the company's LNG ocean terminal on the Savannah River.

El Paso wants regulators to makes its decision on an expedited basis.

Savannah Alderman Jeff Felser says, the city has hired a consultant to help stop the trucks.

"There is no reason whatsoever for an expidited decision other than they are trying to get this passed through as quickly as possible," Felser says.

City officials say, El Paso is breaking an agreement they had not to truck LNG.

"I have the copies of the agreement and I'll quote," Felser says. Reading from the document, he continues, "'We have been assured by representatives of the El Paso company that no LNG shipments will be made on the streets of Savannah.'"

But residents presented testimony this week that LNG trucks have spilled, caught fire and killed people.