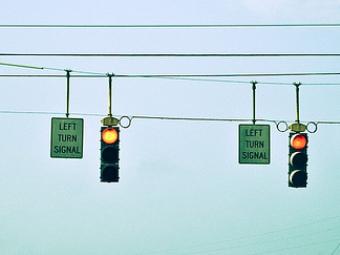 A ban on texting while driving isn’t the only new traffic law in Georgia this month.

The Georgia Supreme Court last year struck down the law on turning left as "unconstitutionally vague."

This year, lawmakers amended the law to clarify it.

Savannah driving instructor Chuck Garrett says, he hadn’t heard of the new law, but has been teaching the right way for more than seven-years.

“It’s always been taught in the driver’s education material I’m familiar with, and pretty much enforced, that when you are turning into a multi-lane road, that you always turn into the closest lane, which would be the extreme left lane in the direction that you’re going,” Garrett says.

“A lot of folks don’t drive with any common sense at all," Garrett says. "It only makes common sense that if you’re turning left, to turn into the closest lane to avoid any type of conflict from somebody in a another direction.”

The little-known left-turn clarification came in the wake of a Northeast Georgia case.

It read: "Whenever practicable, the left turn shall be made to the left of the center of the intersection and so as to leave the intersection or other location in the extreme left-hand lane lawfully available to traffic moving in the same direction as such vehicle on the roadway being entered."

The new law reads: "The driver of a vehicle intending to turn left shall approach the turn in the extreme left-hand lane lawfully available to traffic moving in the direction of travel of the turning vehicle."

The left-turn amendment was one of several new traffic laws that took effect July first, the most notable being, a ban on texting while driving.