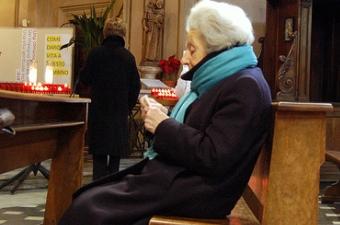 Confusion over prayer at a senior center in Port Wentworth has sparked a meeting this week.

Officials are trying to sort out a brouhaha over seniors saying grace over their meals.

The senior center's meals are paid for by federal funds.

Recently, that center told seniors they couldn't say a communal blessing and changed it to a moment of silence.

"It's crazy and absurd," Jones says.  "All they want to do is say grace over their meal."

The director of the agency administering the meals says, she knows the importance of prayer in many seniors' lives.

Patty Lyons of Senior Citizens, Inc., says the difference is how it's done.

"We are a private non-profit," Lyons says.  "We're just trying to follow the regulations that are set forward."

However, officials at DHS say, there appears to be a miscommunication.

Both side in Port Wentworth are scheduled to hold a meeting on Tuesday to work out their differences.