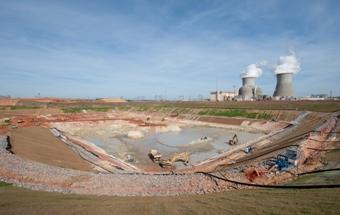 Preliminary construction work at the site of a nuclear power plant expansion came to a temporary halt after a bomb threat Monday.

The threat was phoned in to a subcontractor at Plant Vogtle in Waynesboro.

Law enforcement officials say the site was not evacuated, but workers were moved to designated areas as a bomb squad searched offices, equipment and an area where gasoline is stored.

The employees returned to work after the search turned up nothing.

Sheriff's deputies say the threat did not involve the existing reactors.

The company is still awaiting approval from federal officials to build the reactors.