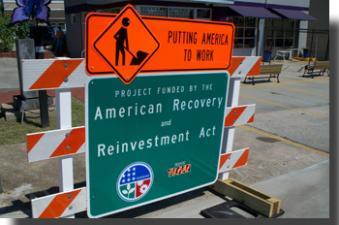 A community health center in Carrollton got a visit today from Health and Human Services Secretary Kathleen Sebelius. She’s one of numerous officials with the Obama administration fanned-out across the country this week to mark the one year anniversary of the American Recovery and Reinvestment Act.

Hundreds of billions of dollars have been tied to construction projects and hiring new workers across the country through the federal stimulus. The money’s been directed to all sectors of the economy.

A sliver of the funding – a little more than $8 million – went to the west Georgia community to help boost healthcare services there.

Jon Wollenzien, Jr. is CEO of Palmetto Health Council, a non-profit network of seven community health centers in the region. He says the money’s been critical for an area with large numbers of residents either under-insured -- or without -- health insurance:

"Those patients that come in those doors and knock on our doors...they’re all telling us the same thing. ‘I’ve recently lost my job, my spouse has lost their job and we can’t afford health coverage. Can you help me?’”

Wollenzien, Jr. says a little more than $6 million has been directed to a new medical buidling in Palmetto. The work involves 70 new construction hires. He says $559,000 was dedicated to renovation of exisiting buildings in its medical network; another $1 million for expanding services into Meriwether County; $290,000 toward the hiring of a dozen new health care clinic staff.

Wollenzien, Jr. says looking at the state long-term however, more help is needed to get community health centers in every one of Georgia's 159 counties.