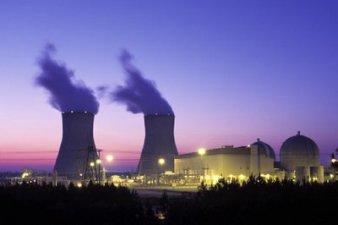 The proposed construction of two new nuclear reactors at Plant Vogtle near Waynesboro could likely have cost overruns and possibly face delays, according to testimony released by the Georgia Public Service Commission.

The group monitoring the progress of the new reactors is also being denied access to crucial information about the process, and Georgia Power is not revising economic evaluations based on a variety of factors that include a reduced demand for electricity and cheaper alternatives to nuclear energy, the document says.

The testimony, dated December 2, comes from PSC staffers and an independent monitor assigned to review Vogtle in advance of a hearing scheduled for Wednesday, the second in a semi-annual review of the construction timeline and budget of the reactors. The PSC reviews are required by a state law written after construction of Plant Vogtle's first two reactors in the 1980s skyrocketed from a projected cost of $660 million to $8.87 billion.

"This project should be subject to a higher level of scrutiny due to higher financial risk to the ratepayer," says William Jacobs, an engineering consultant who also serves as the independent monitor for the Vogtle project.

Jacobs says his prediction of possible overruns is, in part, based on overages in the conversion of Georgia Power's Plant McDonough from a coal plant to one supplying gas. The amount of overage is redacted from the testimony.

Jacobs also notes that design flaws with the reactor design could delay the project, including an issue with a shield building that is supposed to protect the reactor from severe weather and other catastrophic events, as well as preventing radiation from escaping the reactor and supporting an emergency cooling tank. Jacobs says that Westinghouse, the reactor manufacturer, has indicated it will submit design revisions to the U.S. Nuclear Regulatory Commission by January. But it's unclear how long it will take the NRC to approve them or how much the re-design will cost. Georgia Power has said the design issue will not delay construction of the reactors, although the NRC has said it is unsure how the issue will affect the licensing timeline.

*Georgia Power's latest economic data "falls short of being a reasonable job," according to Jacobs, who notes that a recent drop in natural gas prices has not been factored in as a cheaper energy alternative and that there is "a significant depressed demand for electricity in its service area." Georgia Power has said the reactors are necessary to meet an increasing demand for electricity as the population in Georgia grows.

*Georgia Power has denied the PSC staff and Jacobs access to meetings they hold with Westinghouse and the NRC, preventing them from hearing crucial information that they need to effectively monitor the progress of the reactors.

The company has said that releasing specific information about the plant amounts to revealing trade secrets, which could harm the process.

The statements from the independent monitor and PSC staffers follows a controversial rate increase passed by the state legislature in March and signed by Republican Governor Sonny Perdue. The legislature's actions usurped the regulatory authority of the PSC, which had been slated to consider it. Georgia Power maintained the rate increase would save about $1.6 billion in financing costs. Opponents said it could stick customers with higher rates, even if plans for the reactors are abandoned.

Georgia Power, whose share of the costs is more than $6 billion, hopes to begin construction in 2011 and have both reactors online by 2017.

The NRC has authorized preliminary site work, which has already begun at Vogtle, but the agency still hasn't approved construction of the reactors. If approved by the NRC, they would be among the first built in the U.S. in 30 years.