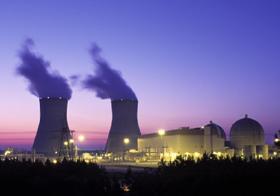 Today Georgia Power faced its first scrutiny from the Public Service Commission over plans to expand its Nuclear Plant Vogtle near Augusta.

By law the PSC has to oversee costs of the proposed $6.4 billion project.

When plant Vogtle was built in the 1980's, it had huge cost over-runs, so now the PSC has special oversight over the controversial expansion project… and this time around customers are footing part of the bill upfront.

Recently, the Nuclear Regulatory Commission rejected the design of the reactors. PSC lawyers wanted to know how a redesign would affect the project budget.

Jeff Burleson with Georgia Power says, "The design has not affected the cost projection for the project, and in fact, we don't expect there will be an impact to the overall schedule."

Burlesen also faced questions over just how much oversight the PSC would actually have through what’s called an independent construction monitor.

Right now, the monitor can’t sit in on meetings like the one coming up between the NRC and the designer of the reactors.

The PSC can order Georgia Power to allow the monitor in the meetings, but Georgia Power says a regulator’s presence would inhibit the flow of discussion.