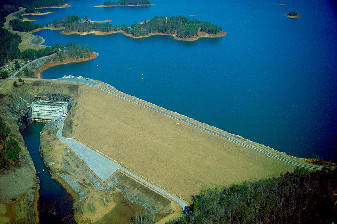 Members of Congress from Alabama, Florida and Georgia have sent a letter to the governors of the three states urging them to act quickly in resolving the ongoing water dispute.

The letter sent Tuesday came about after a meeting of the tri-state delegation last week. The 52 members of the states' House and Senate delegations and urge the governors to meet soon and develop a plan.

A federal judge ruled in July that the Atlanta region was illegally tapping Lake Lanier. He said Georgia would lose access to the federal reservoir in three years if it can't push a settlement through Congress authorizing the use. The ruling gave Florida and Alabama the upper hand in the states' two-decade dispute over river basins in the region.