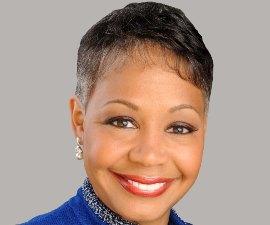 Race has become an issue in the Atlanta mayoral race.

Yesterday, mayoral candidates Sen. Kasim Reed and City Council President Lisa Borders held press conferences to respond to a memo circulating around the black community that states the city would be better off with a black mayor.

The memo, which was allegedly written by Aaron Turpeau and circulated by a group of black community activists, urges black voters to rally around Council President Lisa Borders because she has the best chance of beating Council Member Mary Norwood, who is white.

"The debate over the best strategic option for black leadership and the African- American community as we approach the mayoral election in Atlanta has become critical based on the fact that for the last 25 years Atlanta has represented the breakthrough for black political empowerment in the South," the letter states.

It goes on to say, "The reasons support should be given to Lisa Borders is: 1) she is the best black candidate in the race who has a chance to win the election because she can attract downtown white support."

"I reject the analysis offered by Aaron Turpeau. He is absolutely wrong. I opposed anyone, or any race, who would distract from what is important today."

Turpeau has denied writing the letter.

Sen. Kasim Reed (D-Atlanta), who is black, called the email "divisive" and "racist."

Mary Norwood would not comment on the memo but she said voters would judge her by her actions.

Atlanta has not had a white mayor since the election of Maynard Jackson, in the 1973. However, the influx of many new voters in Atlanta makes it possible the city could elect a white mayor. The firefighters union has thrown its support behind Norwood and recent polls show Norwood ahead of both Borders and Reed.

"The debate over the best strategic option for black leadership and the African American community as we approach the Mayoral election in Atlanta has become critical based on the fact that for the last 25 years Atlanta has represented the breakthrough for black political empowerment in the South."

"It is debatable to what extent the objective socio-economic and political position of the African American community has improved. At the same time, most would agree that the Jackson breakthrough represented an unprecedented opportunity for black political representation nationwide."

"A passionate argument has been made for us to develop a unity of purpose and position, and for that to be defined immediately, given the short amount of time remaining between now and November 2009 election day (two and 1/2 months from now)."

"There is a chance for the first time in 25 years that African Americans could lose the Mayoral seat in Atlanta, Georgia, especially if there is a run-off."

"Time is of the essence because in order to defeat a Norwood (white) mayoral candidacy we have to get out now and work in a manner to defeat her without a runoff, and the key is a significant Black turnout in the general election..." "The reasons support should be given to Lisa Borders is: 1) she is the best black candidate in the race who has a chance to win the election because she can attract downtown white support; and 2) based on polling data drawn from a host of sources between May 2009 and July 2009, the numbers suggest Borders is growing stronger as we move closer to the election, while the most recent polling data suggests that the other black candidates are falling further behind over the same period."

"By coming out for Borders now would eliminate Reed, Spikes and Thomas as viable candidates. Some would argue that if the polling data is correct then those candidates who are only polling at 8%, 2% and 1% respectfully, are already effectively out of the race; and... It is unlikely that there will be a unified preference among existing black leadership and in the African American community for one candidate prior to the general election."

"While some may think that Franklin represents the last link to the Jackson Machine, it is not widely known that both Borders and Reed are directly connected to Franklin; or that Spikes and Thomas are Republicans, as is Norwood."