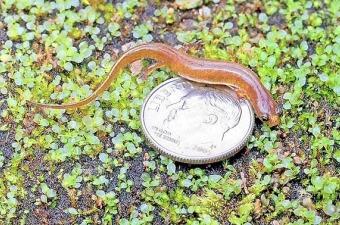 Researchers have made a startling discovery in northeast Georgia … the world’s smallest salamander.

Discovery of the “patch-nosed salamander” represents the first new genus of four-footed animals described in the U.S. in 50 years.

And Georgia has another new distinction.

The recent discovery helped push Georgia to number one in the nation for salamanders.

They make up one-tenth of the world’s known species.

Experts say the diversity is largely because of the state’s large size, its five physiographic regions and its share of the moisture-rich Southern Appalachians.