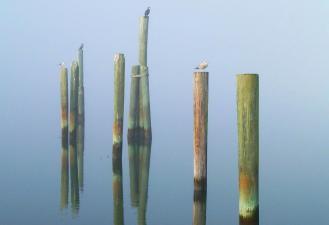 Marine scientists say, they're baffled by several weeks of unusually high tides that coastal residents have noticed from Maine to Florida.

Unusually high tides are not uncommon, but their causes are usually easily identified. Since mid-June, however, scientists have found no credible reason why tides are running a half to two-feet above normal up and down the East Coast. Skidaway Institute of Oceanography professor Jack Blanton says, one cause, wind, is an unlikely answer.

"We don't have those kinds of winds right now," Blanton says. "This is happening despite the winds. So, we have to look for other agents. One way you can raise the water level like this is just to heat it up."

Blanton says, however, that the tides came too suddenly to be an effect of global warming. Scientists are investigating the possibility that weather patterns, such as atmospheric pressure in the Atlantic, or the cyclical El Nino effect, could be having some influence on the tides.

These high tides are more than a scientific conundrum. In June, the unusually high tides flooded the road to Tybee Island, leaving some motorists stranded. Such a high tide during a tropical storm also could add significantly to its severity on coastal residences.

The good news is that the tides now appear to be diminishing. The bad news is that scientists predict these freak tides will be normal in 30 to 40 years because of global warming.