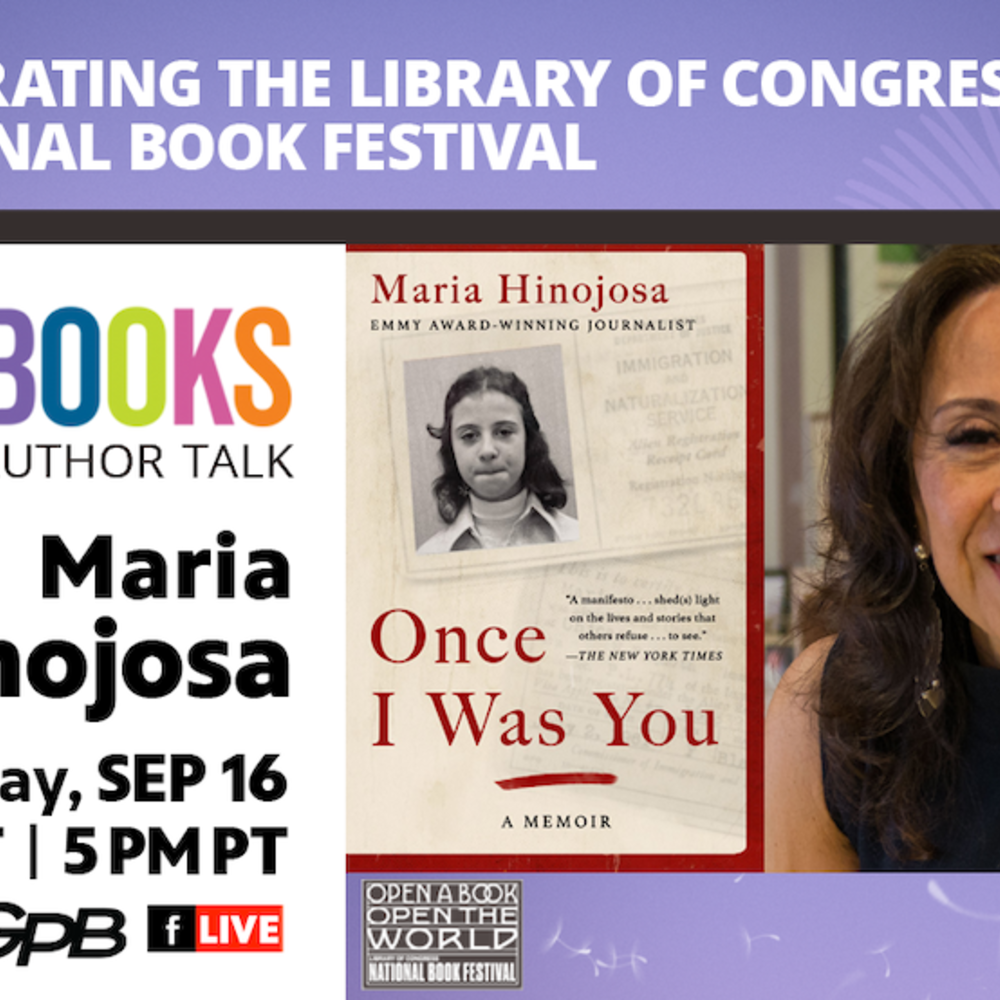 GPB and PBS Books presents this Author Talk with Maria Hinojosa about her book Once I Was You.

In collaboration with Georgia Public Broadcasting, PBS Books is honored to host this virtual engagement event with author Maria Hinojosa on September 16th as part of the dynamic, sequel partnership with The Library of Congress for the 2021 Library of Congress National Book Festival "Open a Book, Open the World." The conversation will be moderated by GPB President and CEO Teya Ryan.

Maria Hinojosa’s nearly thirty-year career as a journalist includes reporting for PBS, CBS, WGBH, WNBC, CNN, NPR, and anchoring and executive producing the Peabody Award–winning show Latino USA, distributed by Futuro Media and PRX. She is a frequent guest on MSNBC, and has won several awards, including four Emmys, the Studs Terkel Community Media Award, two Robert F. Kennedy Awards, and the Edward R. Murrow Award from the Overseas Press Club. In 2010, she founded Futuro Media, an independent nonprofit organization with the mission of producing multimedia content from a POC perspective. Through the breadth of her work and as the founding co-anchor of the political podcast In The Thick, Hinojosa has informed millions about the changing cultural and political landscape in America and abroad.