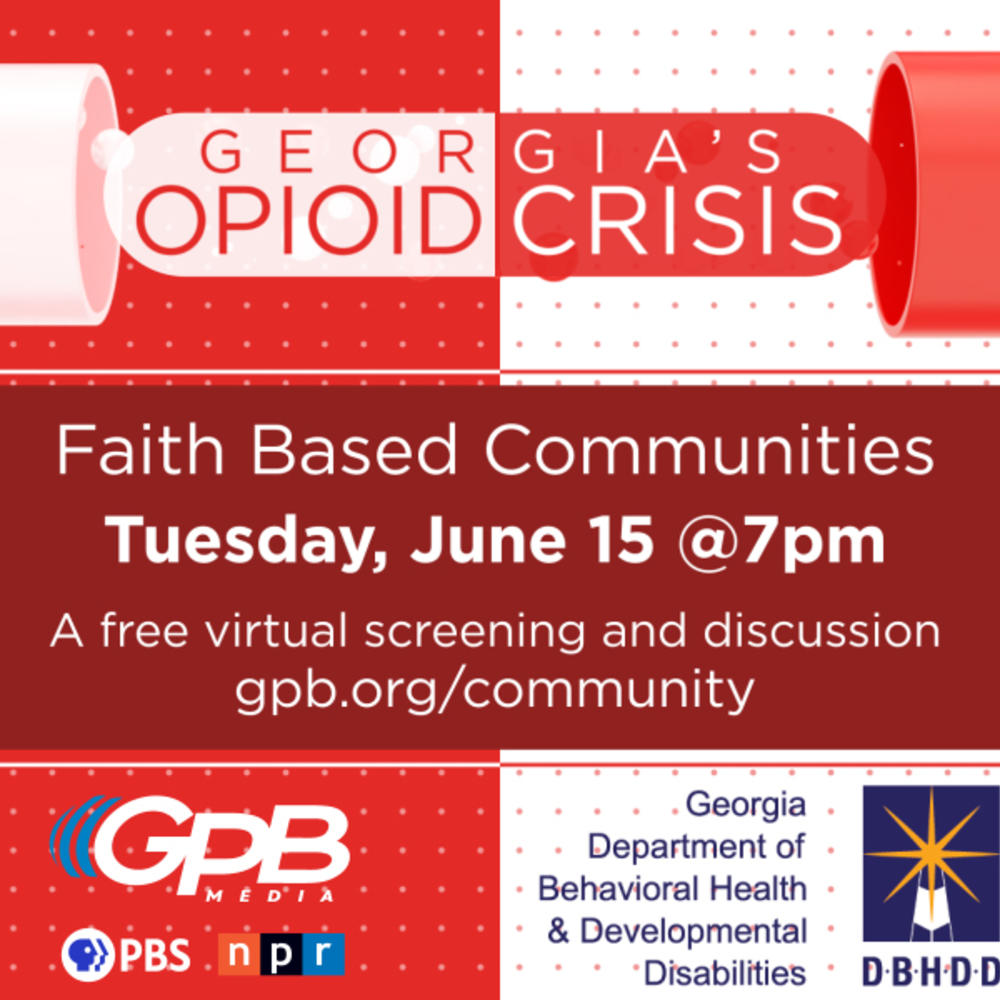 Join GPB and the Georgia Department of Behavioral Health and Developmental Disabilities (DBHDD) for the first in a series of virtual events over the course of which we will break down Georgia’s opioid crisis and discuss the health disparities that exist, the work happening and resources available here in Georgia.

GPB and the Georgia Department of Behavioral Health and Developmental Disabilities invite you to a conversation with representatives from some of Georgia’s faith-based communities. Hosted by Jaye Watson, the panel will discuss stigma and stereotypes, support systems, and how faith communities are working to combat the epidemic. They will also be taking questions from the audience.