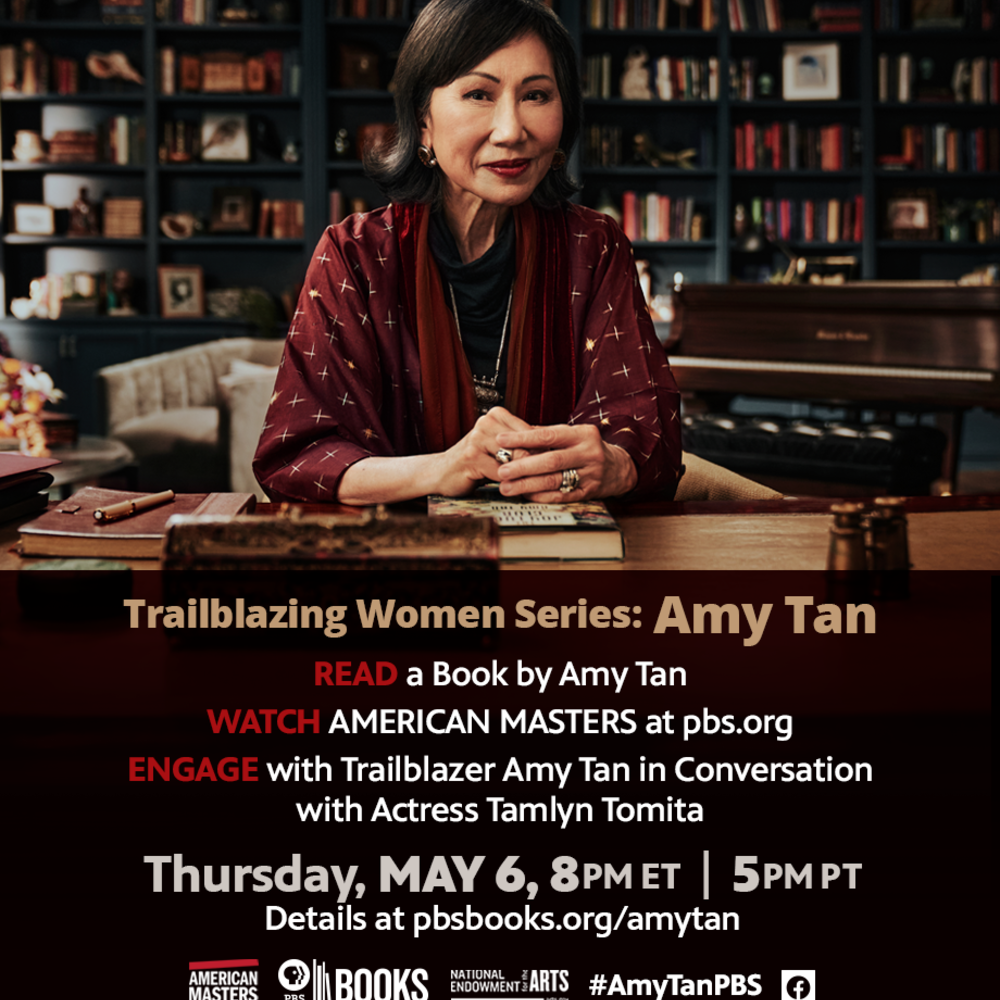 The daughter of Chinese immigrants, Amy Tan rejected her mother’s career expectations and chose to write fiction instead, resulting in her becoming a New York Times best-selling author. In addition to adult fiction, Tan has written two memoirs, two children’s books, numerous magazine articles, a libretto, screenplays, and was the creative consultant for Sagwa: The Chinese Siamese Cat, the Emmy-winning PBS KIDS series. In addition to Tan’s most recent book Where The Past Begins: A Writers Memoir, PBS Books will be discussing her episode of AMERICAN MASTERS, Unintended Memoir.

The conversation will be led by actress and activist Tamlyn Tomita, who is best known for her role in Karate Kid II and The Joy Luck Club, as well as her narration of the PBS series, Asian Americans, produced by the Center for Asian American Media (CAAM) and WETA, the flagship PBS station in Washington, D.C.