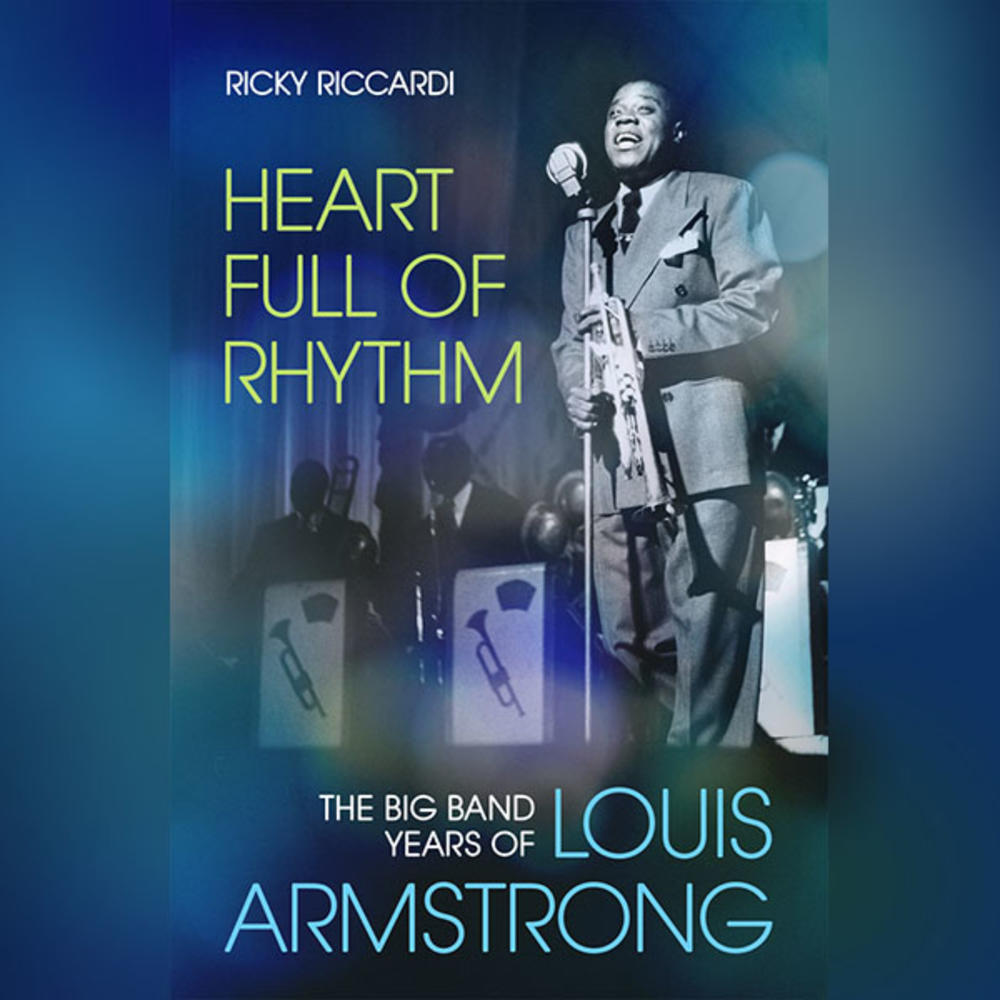 Join GPB's Virginia Prescott for a live discussion with author and Director of Research Collections for the Louis Armstrong House Museum, Ricky Riccardi, as he talks about his new book Heart Full of Rhythm: The Big Band Years of Louis Armstrong.

Nearly 50 years after his death, Louis Armstrong remains one of the 20th century's most iconic figures. The achievements of Armstrong's middle years, however, possess some of the trumpeter's most scintillating and career-defining stories. But the story of this crucial time has never been told in depth until now. Between 1929 and 1947, Armstrong transformed himself from a little-known trumpeter in Chicago to an internationally renowned pop star, setting in motion the innovations of the Swing Era and Bebop. However as author Ricky Riccardi shows, this transformative era wasn't without its problems, from racist performance reviews and being held up at gunpoint by gangsters to struggling with an overworked embouchure and getting arrested for marijuana possession. Utilizing a prodigious amount of new research, Riccardi traces Armstrong's mid-career fall from grace and dramatic resurgence. Featuring never-before-published photographs and stories culled from Armstrong's personal archives, Heart Full of Rhythm tells the story of how the man called "Pops" became the first "King of Pop."

Ricky Riccardi is Director of Research Collections for the Louis Armstrong House Museum and author of What a Wonderful World: The Magic of Louis Armstrong's Later Years. He runs the online blog, "The Wonderful World of Louis Armstrong," and has given lectures on Armstrong at venues around the world, including the Institute of Jazz Studies, the National Jazz Museum in Harlem, the Bristol International Jazz and Blues Festival and the Monterey Jazz Festival. He has co-produced numerous Armstrong reissues in recent years, including Satchmo at Symphony Hall 65th Anniversary: The Complete Concert, Ella Fitzgerald and Louis Armstrong Cheek to Cheek: The Complete Duets, Pops is Tops: The Verve Studio Albums, and two volumes of Decca Singles for Universal Music, in addition to Columbia and RCA Victor Live Recordings of Louis Armstrong and the All Stars for Mosaic Records.