Georgia Science and Engineering Fair is Georgia’s premier forum for students to showcase their original research, compete for awards, and interact with top-level professional scientists. The science fair system in Georgia serves not only to recognize students for their achievements, but also to prepare students to succeed and flourish in an increasingly complex and highly technical world by becoming problem solvers, critical thinkers, reflective learners, and more productive and influential members of their communities. GSEF is held annually in March/early April at the Classic Center in downtown Athens, Georgia.

Congratulations to the 2019 winners!

Thousands of Georgia middle and high school students packed the Classic Center auditorium on March 30, 2019 for the awards ceremony of the Georgia Science and Engineering Fair (GSEF). The event, hosted by GPB’s Stephen Fowler and live streamed online, showcased hundreds of winners.

GSEF is a culmination of many months’ hard work and the progression through several local and regional rounds of competition, and GPB extends tremendous congratulations to all of the participants. Awards included cash prizes, shiny plaques, and brand new tablets.

Though there were many awards presented during the two-hour long ceremony, the following were given to the top projects, including four that will be presented at the Intel International Science and Engineering Fair (ISEF): 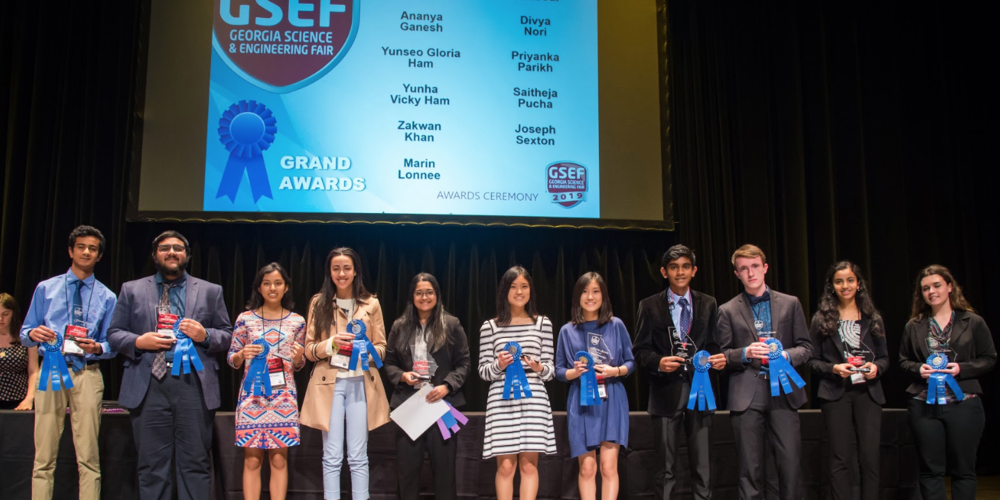