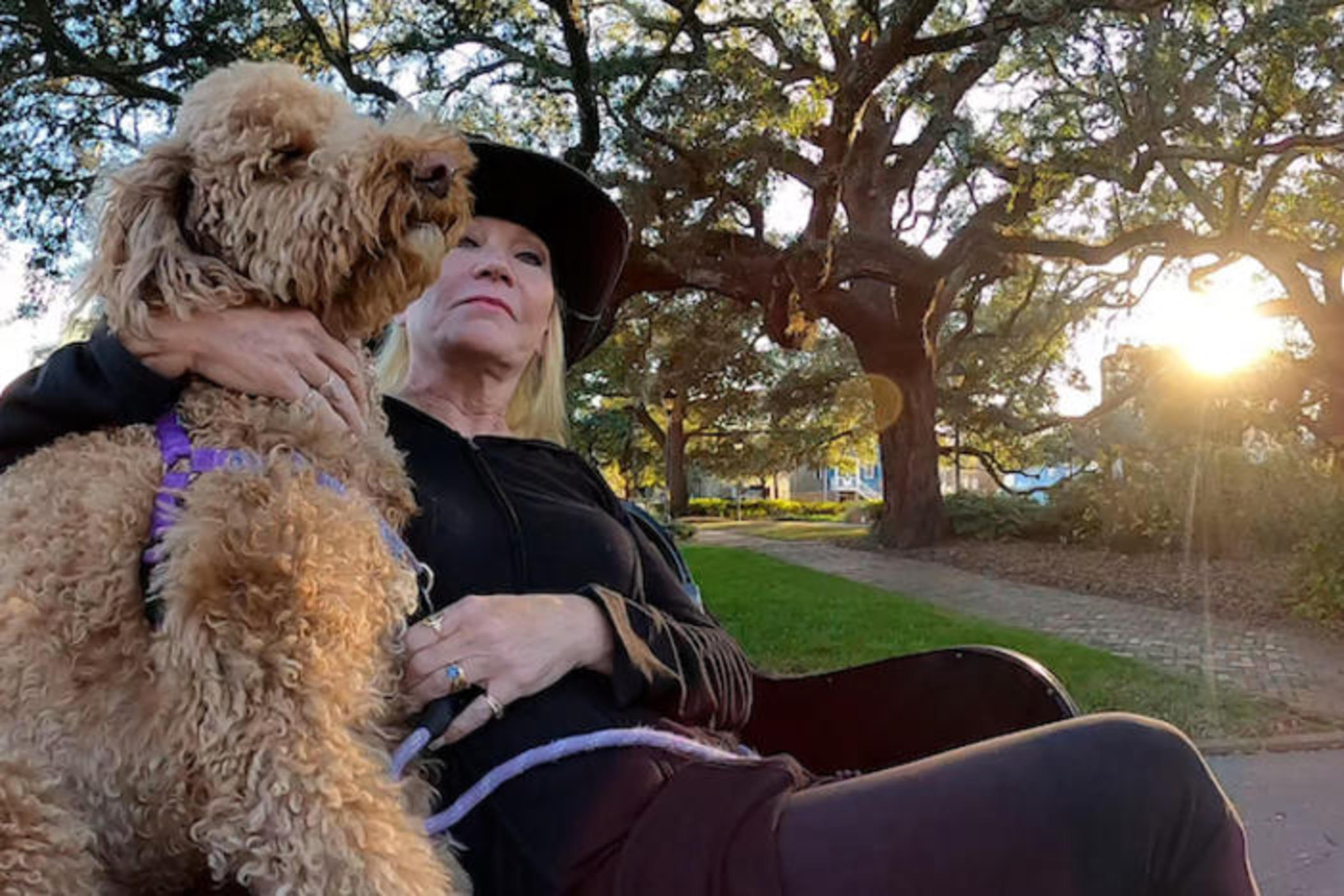 "And I could just hear it,"  Collins says with a laugh. " ' 'Wow, OK a producer of Georgia Outdoors... It would seem a little conceited to name my dog Georgia."

"Not to mention she just doesn't look like a Georgia to me."

So in renaming the then-puppy, she thought she still wanted to keep it at two syllables - "so she wouldn't get confused...And I wanted to keep the 'juh' [sound]."

Another interesting thing about Collins' traveling companion is hers is actually the third home Jessi was in in her young life. As Collins explains, it was her understanding that she may have been more energetic than the first family could handle.

"She spent time in a crate," Collins says. "And when the grandkids were there she was jumping around and everything. And I think [the family] thought, 'She's too wild.' "

So Collins heard that Jessi's owner at the time wanted someone to take her, but she thought a family would be a better fit.

Now here they are nearing Jessi's 5th birthday in August. She's the first of Collins' dogs to sleep in her bed. (It doesn't hurst that Goldendoodles don't shed).

And apparently Jessi has met her match in the energy department.

"Oh Mama runs a tight ship," Collins concedes with another laugh. "But we have fun. We play pretty rough...I make weird sounds. Sometimes I bark at her!"