The amazing stories that you don't see in View Finders 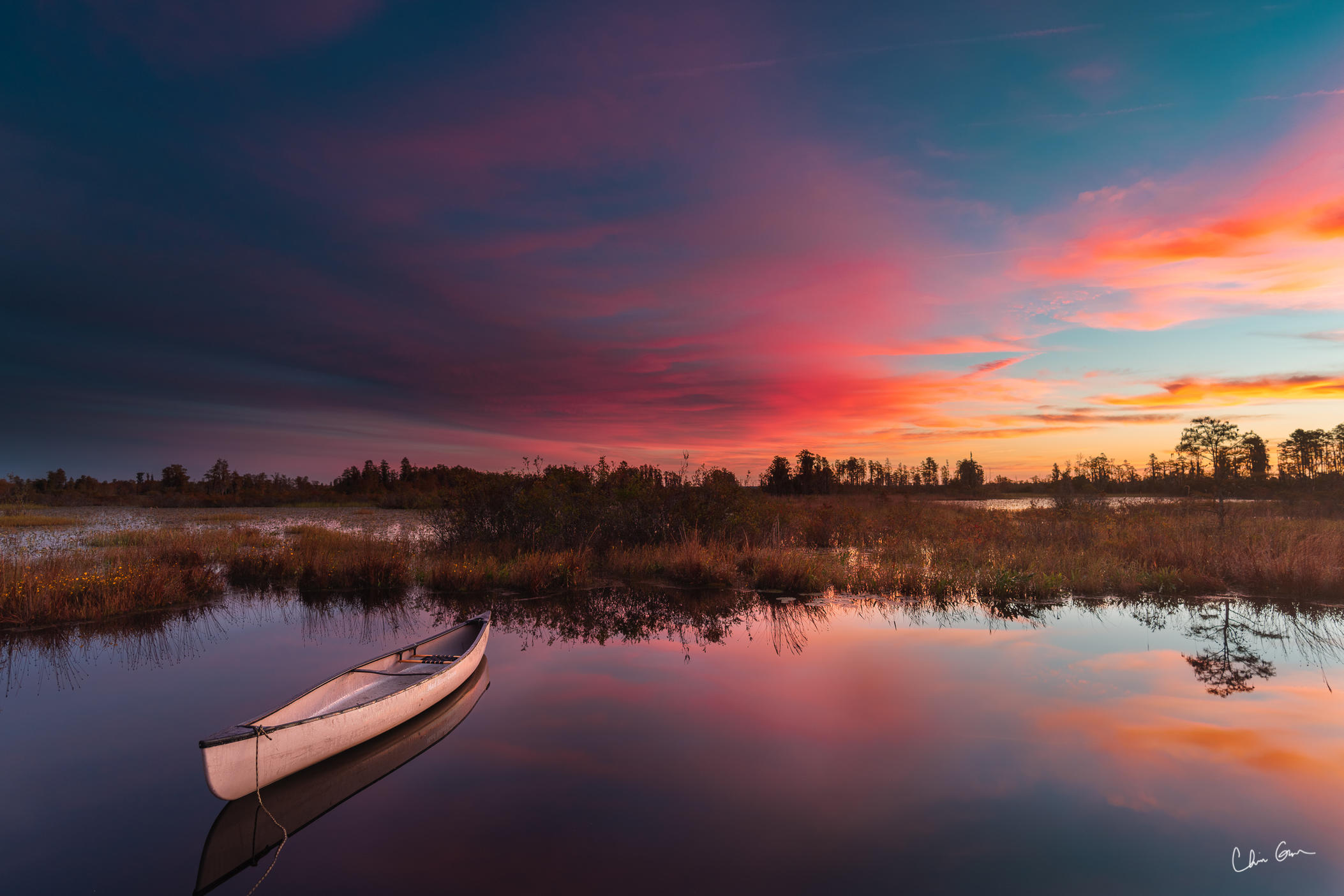 It's not as if the views around Georgia that Chris Greer and Jason Clemmons have found and captured aren't compelling in their own right.

But when you get Greer talking about what it took to compose all that is so alluring about View Finders (debuting on GPB TV April 23), well... 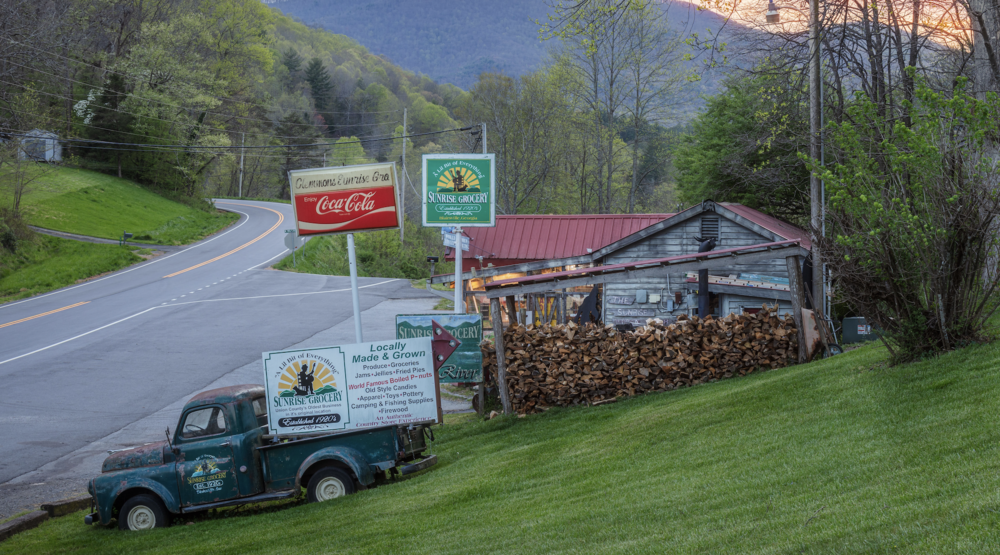 Take for example, this image.

What you see is Clemmons' Sunrise Grocery; applauded as "The South's most charming general store" by no less than Southern Living magazine. But what you may not know is that the Blairsville, Ga. business (which makes an appearance in the first episode of View Finders) is at the base of Blood Mountain

"And there's a bit of a disagreement as to how it got that name," the co-host and photographer says. "But the very well-known, very old story is that there was a battle between the Creek Indians and another tribe of Native Americans that was very brutal. Very brutal...Very bloody." 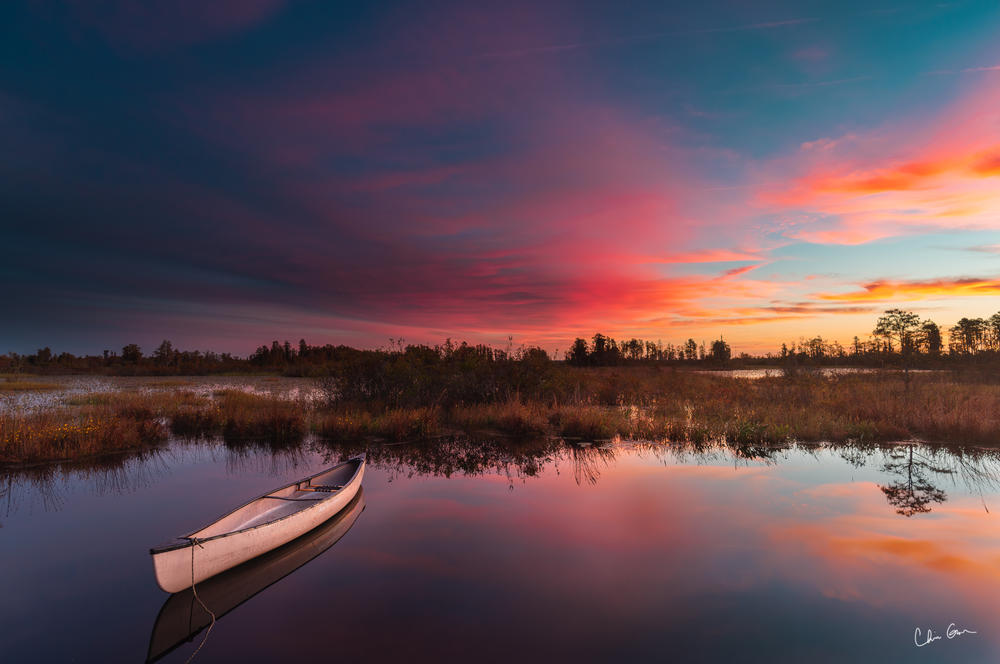 Sticking with the disturbing, there's this seemingly-placid scene from the last episode of View Finders.

"There was a little adventure to get that image there," Greer shares playfully.  "It's in the middle of the Okefenokee. And the previous day [Greer and Clemmons] had paddled for like 12 miles in the canoes...We slept on a camping platform in the middle of the swamp - totally surrounded by alligators."

Approximately 15,000 alligators, the park ranger told them. "She did say no one had ever been eaten by one before."

(But he doesn't recall her explaining how she would know that!) 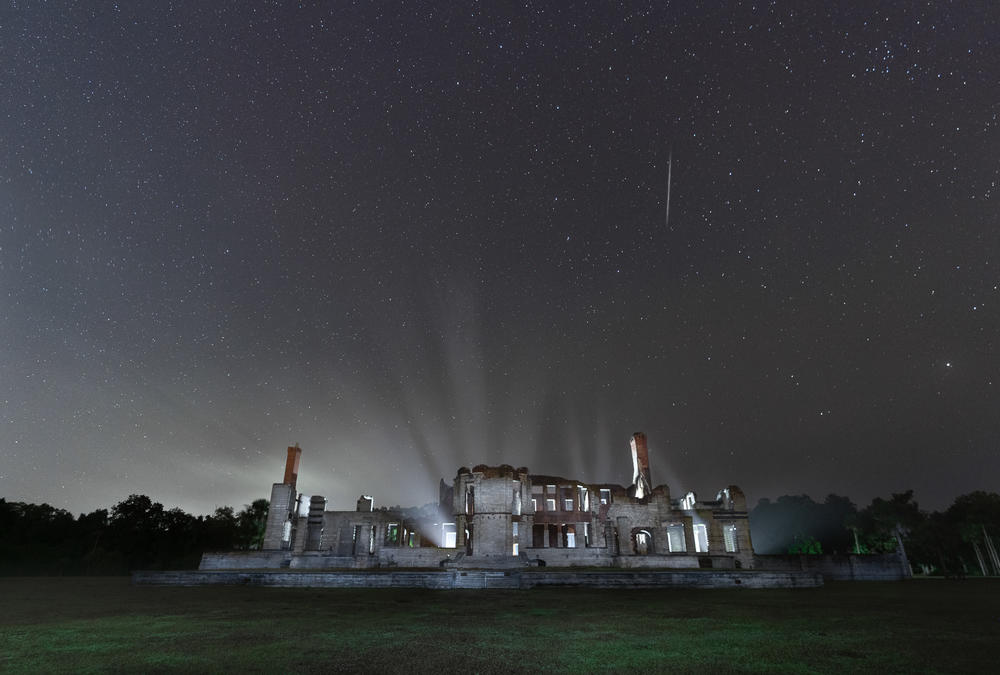 Moving on to something somewhat less eery, this "postcard" from the first episode of View Finders is set in the Dungeness Ruins of Cumberland Island.

"We really wanted to photograph meteor showers," Greer begins. So he and Clemmons started researching - "there are some apps you can put on your phone that help you with the when and where" - and on one of the approximately three times a year that meteor showers happen, they woke up at about 3 a.m., got on their bikes and peddled just over a mile. (There's no cars allowed on Cumberland Island).

"I got this picture right before the sky got cloudy and we lost all of the stars." 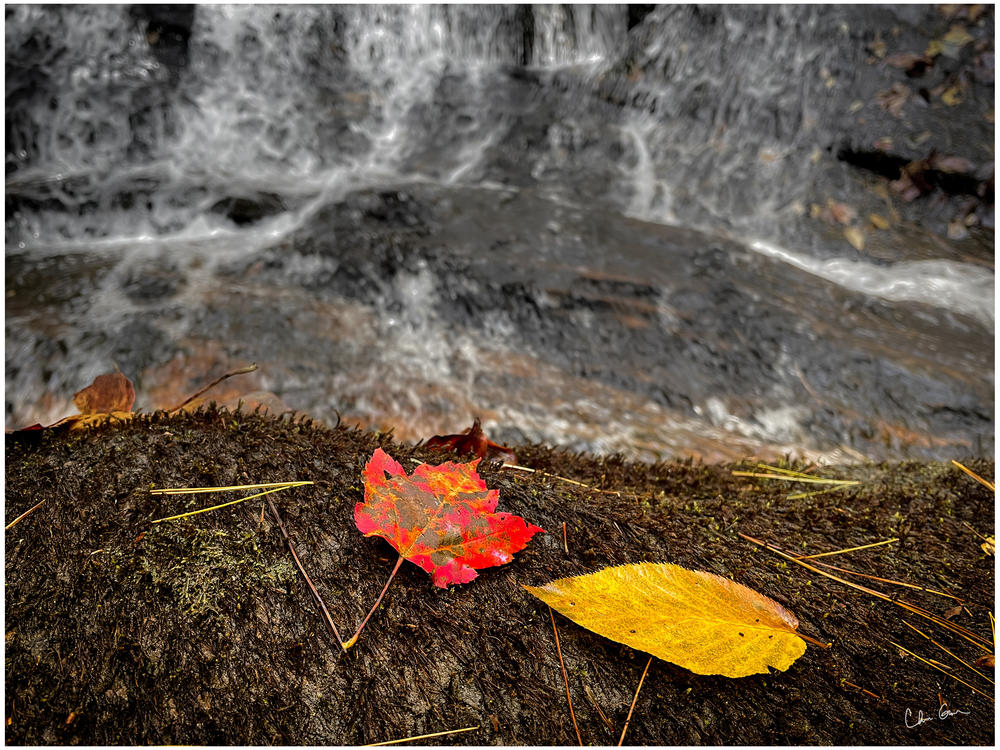 The Dungeness Island shot was part nature, part "light painting," a technique the photographers explain in View Finders. And while it was shot "with the nice cameras," as Greer put it, he and Clemmons hope the show encourages its viewers to get out and use the camera many already have in their pocket: a phone.

"I use an iPhone 12," Greer continues. "But really, any modern smart phone will work well. An iPhone that's older than a 12 - fine. Samsung Galaxy. They're all good cameras for daytime photography."

An example he offers up is this shot from the fourth episode on the Chattahoochee River. "It's just some leaves in front of a waterfall...taken in the middle of the day in some really tough light.

"But a lot of people could take this, put it up on social media and people would really like it. It serves a good purpose. This is the type of photo they could start taking right now...You know, instead of just pointing and shooting, get down really low. Really, really close. Try different angles."

"The nice thing about photography today is it doesn’t cost a cent to keep shooting. Keep trying." 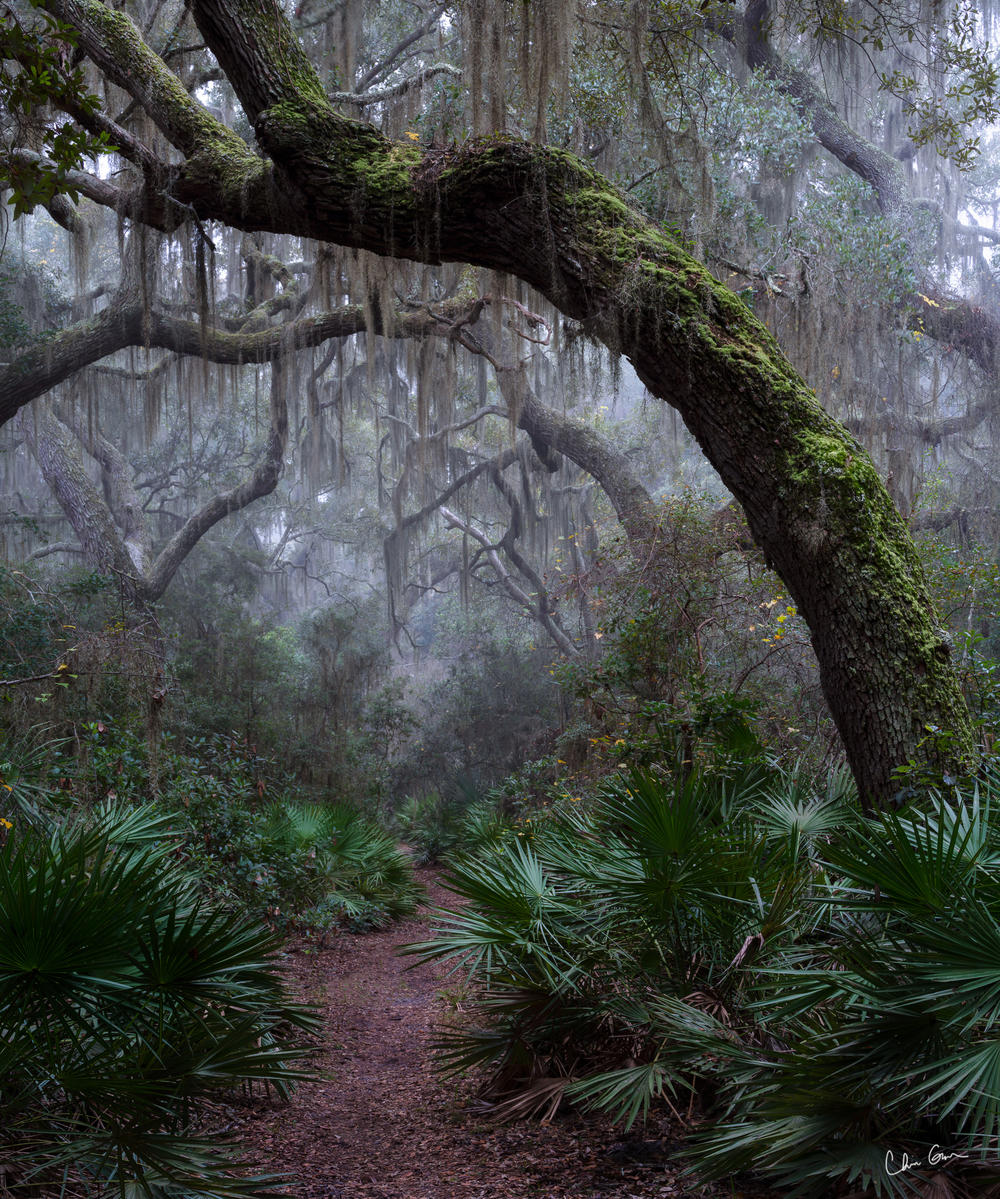 And when you become as accomplished as Clemmons and Greer - also an author and professor at Georgia College - you too could end up with your work on display at the Savannah airport, like this find from Cumberland Island.

(Yes, we're back to the foreboding!)

"When I posted that, so many people were like: That looks like 'Jurassic Park!' " Greer declares. "It was a foggy morning in the forest, which is full of Spanish moss. And when I look at this, there's just this feel of timelessness.

"That's the beauty of Cumberland - it hasn't really changed much. What the early settlers' experienced I feel like we get to still experience."

"And yeah, it does kind of look like a dinosaur could come right around the corner."

Surprisingly, Greer says he and his co-host haven't had any dangerous encounters during their outdoor adventures.

But, back on Cumberland, their hearts did race when the island's well-known wild horses made an appearance. "We were on the trails, again, and these horses came out of nowhere and were just running towards us. That's probably the most dangerous thing that's happened. Because they don't stop.

"And they got really close to us a few times. So we just walked into the woods, and got off the trail. Walked quickly into the woods."