Downton Abbey Revisited – Season 5 Episodes 1-3 (Nobody has to know everything.) 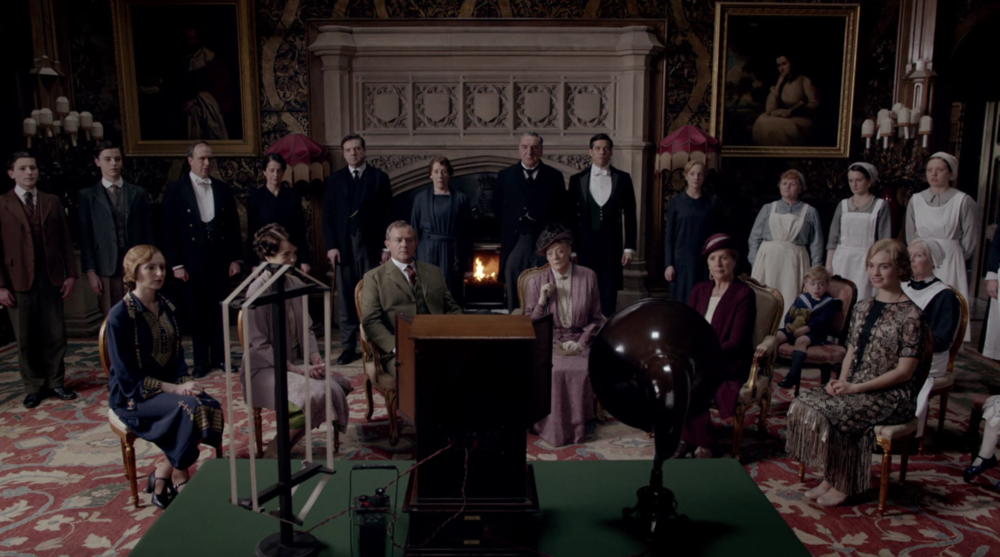 I’ll open my contribution this week with what immediately popped into my head the moment I heard the opening theme for Season 5 Episode 1 last Friday: How am I going to condense three, heavily plot-driven episodes of Downton Abbey into one half-blog? And I’ve seen these multiple times (Kirk, I imagine this was an even more overwhelming task for you). But I realized two things: one, I can recite our show breaks quite easily now and two, I think all three episodes and the characters who were predominantly featured have one thing in common: they’re passionate about something or someone, which leads to new revelations and secrets alike.

I think the passion regarding causes might actually be the most interesting part of these episodes, barring a certain matriarch’s hidden past. It’s Rose and Daisy, two characters who so often have been seen to have sillier interests regarding romance and frivolities who truly shine at the beginning of Season 5. Daisy decides to better herself with the help of Miss Bunting and her tutelage, and while Miss Bunting causes problems for everyone else she comes in contact with, I really do appreciate her interactions with Daisy and supporting her as she continues her studies. It helps her gain confidence that really shows in Season 6 and the movie, and provides some much-needed character development. While the downstairs area of Downton feels like a revolving door at times, Daisy’s a permanent fixture and it was about time she was given a problem to deal with besides her own romantic interests.

The same can also be said for Rose, who (rather abruptly) leaves her nightclub-attending and affair-indulging ways behind her in order to support charity causes and campaign for a radio at Downton. My biggest nitpick of character development is with how quickly Rose seems to shift her interests this season: I would’ve liked something that explains it in this series, but once she meets Atticus she’s hurtling so fast down the aisle that it just isn’t possible. 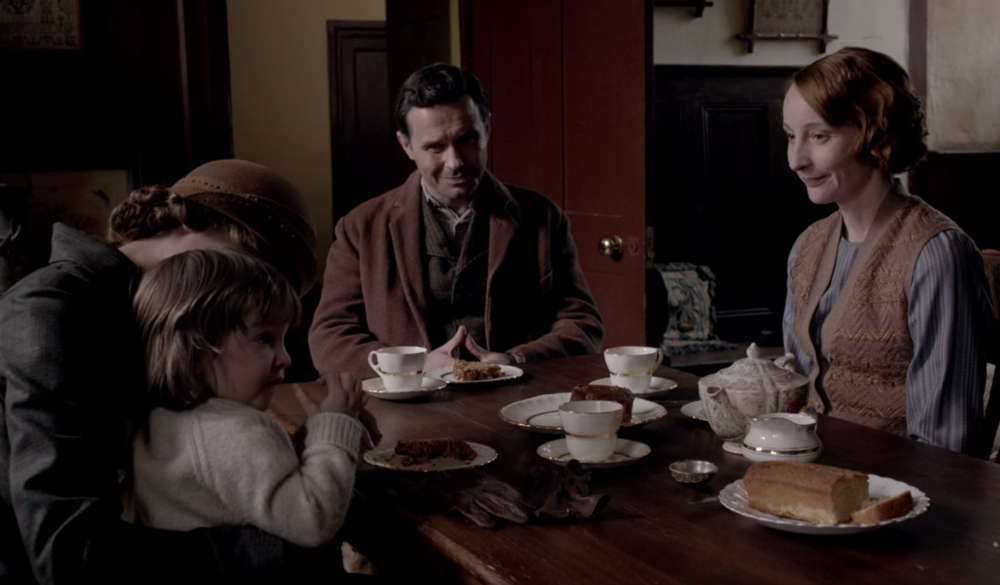 But an overwhelming amount of these three episodes fixate on passions for other people, showing that love can take many forms. Edith’s is a highlight here, though like most other parts of the plot that feature her as a star it’s equally heartbreaking as it is delightful. Mr. Drewe isn’t oblivious: he’s figured out that Marigold is her daughter and wants to help keep Edith in the little girl’s life. But unfortunately, Mrs. Drewe believes they’re engaging in a romantic affair and insists it be called off.

Romantic affairs are also what Simon Bricker and Lord Merton seemingly hope for from Cora and Isobel, and while the former simply believes Mr. Bricker is interested in the Della Francesca painting at Downton and her opinions on art, the latter understands clearly that Lord Merton is seeking a wife and companion. Something that Isobel isn’t sure she wants or is ready for. This is really where the Isobel and Lord Merton storyline begins to build and quite honestly, it’s one of my favorites on Downton Abbey. So much of the romantic relationships focus on younger members of the cast, but Isobel and Lord Merton’s journey to becoming a couple is an important reminder that love, in real life and on television, has no expiration date. There just aren’t as many romances written for people of a certain age, and Downton Abbey’s choice to include one here is always a breath of fresh air. 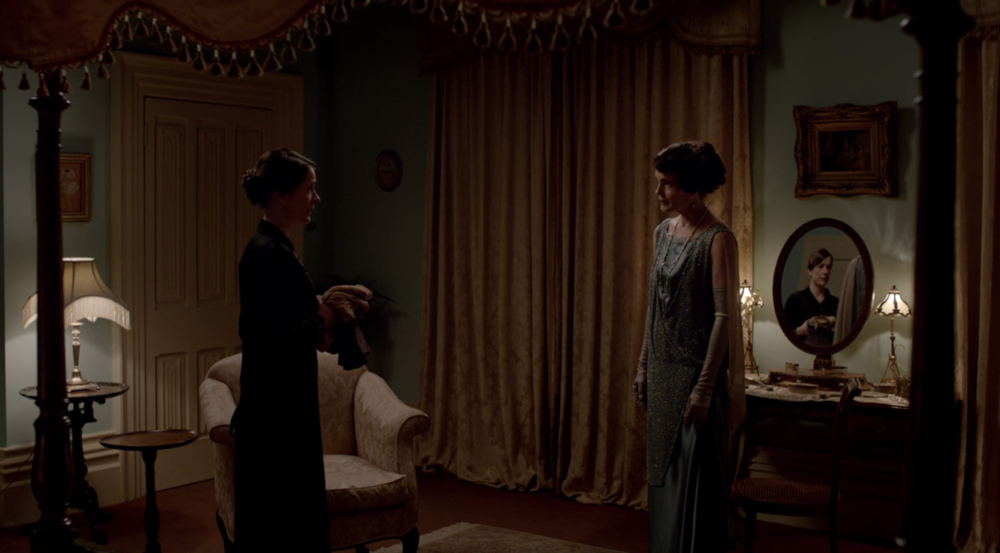 Baxter beats Barrow to the punch.

Finally, there are the passions that result in regret or a change of heart, and this week it’s Miss Baxter, Mary, and Violet who must bear that burden. It’s about time that we understood why Thomas is able to blackmail Baxter, and while the story is a predictable one (at least I guessed something along those lines the first time I watched these episodes), I think the acting between Baxter and Cora in these scenes is spectacular. The vulnerability, disappointment, negotiation, and eventual understanding are some of the best parts of these three episodes.

Of course, we can’t forget the scandal of Mary’s “sketching trip” in Liverpool with Lord Gillingham and Violet’s checkered past involving one of the Russian refugees Rose has taken an interest in. It’s a turning point in Mary’s relationships as well as her own strength of character that’s a delight to see this season each time I rewatch it: for someone so keen to follow traditions, Mary begins to not only question how the estate is run but her own values as well, and her decision not to accept Lord Gillingham’s proposal is a racy one but a much-needed one. And while Violet’s past is just beginning to unfold, it becomes clear that the similarities between grandmother and granddaughter run deeper than blood.

Find out more about Violet’s trip to Russia, Miss Bunting’s political views, and Simon Bricker’s further attempts to court Cora on two more back-to-back episodes of Downton Abbey Season 5 airing Friday, July 23 beginning at 7 p.m. Or, if you want to watch the entire season, you can do so right now on GPB Passport.

From Mary and Tony’s baecation to Edith Edithing, we got a lot of Downton last week. So far, season 5 has been a nice change of pace from the unpleasantness that came before. This is Downton Abbey we’re talking about, though, so there must be a storm coming.

The first thing that stood out to me in the season premiere is how much Rose has changed. She’s still as pleasantly pesky and upbeat as always, but there’s a maturity there as well that has as much to do with Lily James’ performance as her more matronly wardrobe. She seems to be focused on doing good in the community and hasn’t gotten into any trouble yet. It's abrupt, but I'm not mad at it. We’ll see!

Edith has basically moved in with the Drewes, wanting to spend as much time as possible with her daughter. At first, Mrs. Drewe is annoyed because she believes Edith is making a move on her husband. Later, she’s just annoyed. By the end of episode 3, I was in complete disbelief that she hadn’t caught on. Especially as a mother herself. Maybe her own feelings for the child have clouded her perception, maybe the idea of Lady Edith having an illegitimate child is so absurd she would never have considered it. Either way, there is absolutely no way she shouldn’t have figured out what’s going on by now. Shout out to Mr. Drewes for not being a snitch, I guess. The longer this goes on the slimier it seems. 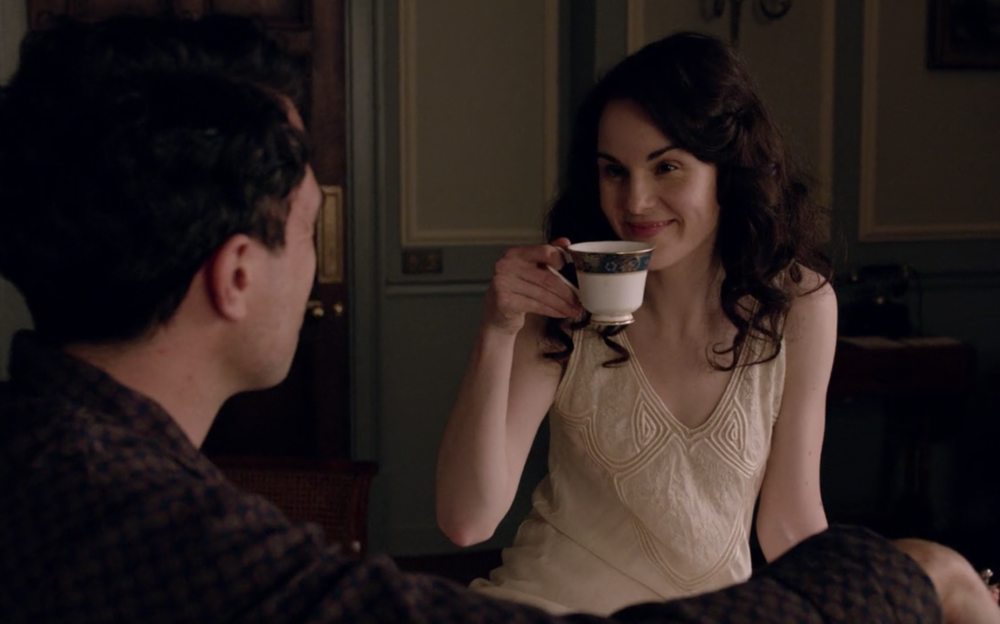 Mary is leaning towards Tony but is still on the fence about him. She decides that she needs to spend a week alone with him to really make up her mind and they arrange to go on a little vacation to Liverpool, of all places. Blake visits with an art expert friend of his (who is all over Cora) before she departs and suggests she may just be thirsty. Turns out he was right! The getaway gets Tony out of her system, but they’re spotted by Violet’s butler Spratt leaving the hotel together. He tells Violet, because of course he does, and she has words with her granddaughter. Those words amounted to, “Women don’t desire.” Unfortunately for her, a Russian prince she clearly had a massive crush on in her younger years shows up at Downton and she can barely keep her jaw from hitting the floor. I hope we get to see more of him and Violet’s reignited desire, if she’s not too busy trying to sabotage Isobel and Lord Merton.

Downstairs, Daisy is being tutored in math by Sarah Bunting. Like Robert, I’m very dedicated to disliking her, at this point. She’s pushy and impolite and seems to enjoy insulting aristocrats. I understand the impulse, but we get it already. I can’t figure out how the audience is meant to feel about her, but I know I don’t want her for our Tom.

Baxter has finally had enough of Thomas and told Cora her secret before he could. It turns out, she spent 3 years in prison for stealing from her former employer. I’m not sure what I was expecting, but it wasn’t that. I’m relieved it’s all out in the open now and Thomas will have no reason to harass her anymore. In a moment of vulnerability, he admits to Anna that he does want to be liked. Hopefully, this will be the beginning of a new era for him. 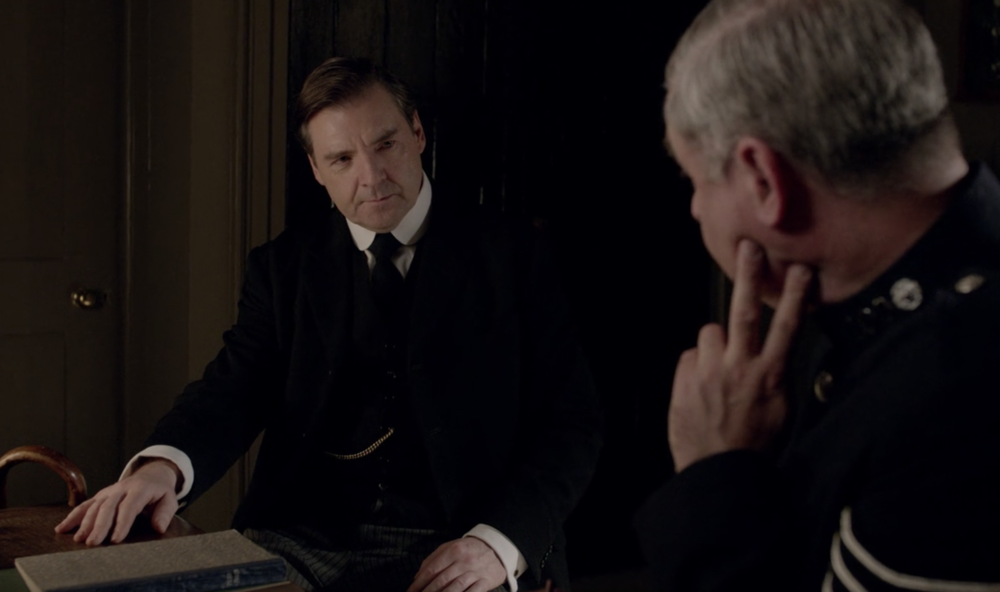 Finally, the cops have started to come around asking about Green. He told his coworkers that he and Bates had issues when he was at Downton with Tony and a witness heard him speaking to someone before his “accident.” Anna is convinced that they are going to find out about her assault. Mrs. Hughes reminds her that only she and Mary know about the incident, so I’ll be surprised to find out who spills the beans.

This week’s highlights include Molesley’s hair dye misadventure, Robert inquiring about his ethnic heritage, and more Harriet Walter! Tune in tonight at 7 p.m. as season 5 continues and binge all the Downton Abbey you can handle with GPB Passport.