Downton Abbey Revisited – Season 4 Episodes 2 & 3 (Find someone you can tell.) 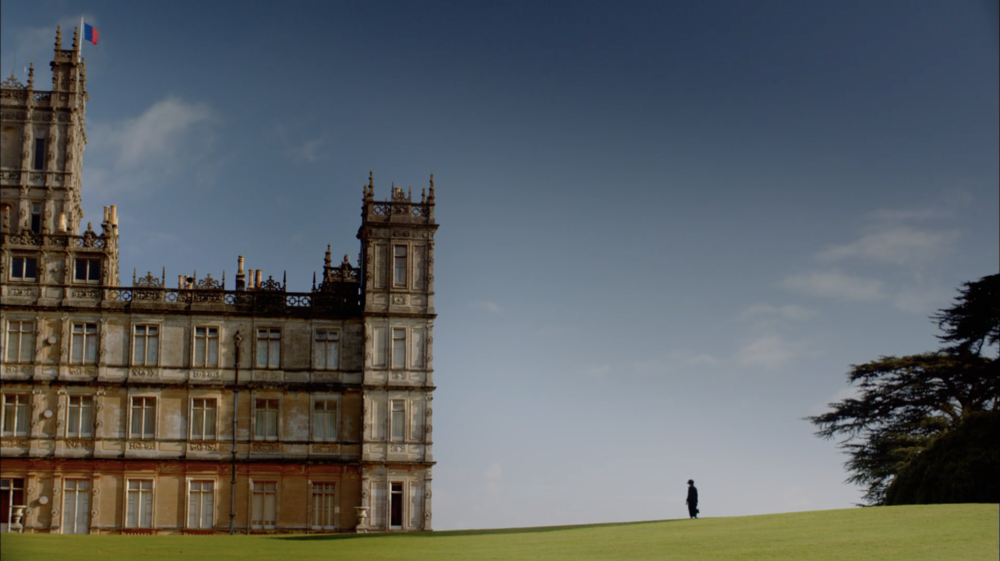 Just as things have begun to settle into a ‘New Normal’ on Downton Abbey, Julian Fellowes escalates the drama and plotlines that will continue throughout Season 4! Out of all the episodes this season, these are the ones that tend to go by in a blink of an eye for me (at least until the holiday special in London, which is a treat in and of itself). In some ways, the show has returned to its roots: house parties, romantic liaisons, and pressing the barriers of socially accepted norms. Nevertheless, the show doesn’t shy away in giving us moments that shock and surprise us among the comforts we’ve come to expect from Downton. So let’s dive right in! 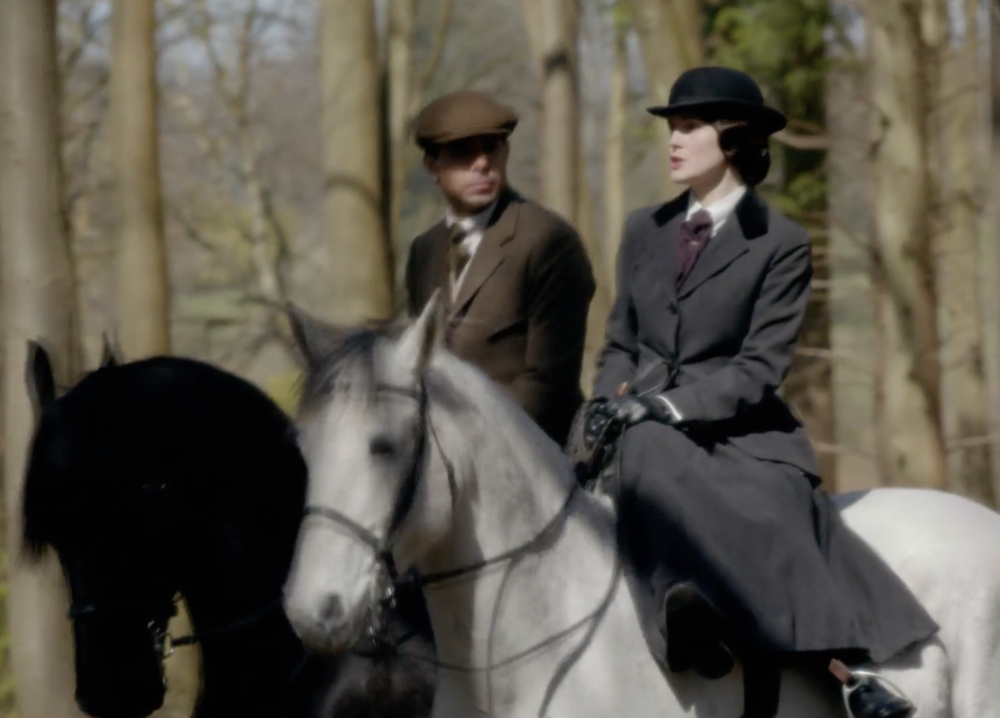 In happier, or at least intriguing, developments, Mary has just begun to come out of her grief when the first of the season’s two new suitors makes his entrance (and move, to be precise). It’s hard not to compare Anthony ‘Tony’ Foyle (Lord Gillingham) to Charles Blake throughout this season, but even before the audience was introduced to Blake in the original airing, I remember Anthony just being...there. No one particularly interesting and someone relatively safe for Mary to share a life with, he was precisely what I expected a side character to be, or at least someone who didn’t last more than one or two episodes on the show (it’s also a bad sign when your valet is far more interesting than you, and not in a good way). Upon a rewatch, I wonder if Julian Fellowes just didn’t know what to do with Tony at first: his valet’s part in the plot was clearly planned for Season 4, but Tony himself doesn’t flirt with scandal until the next season (in which I found him much more appealing). In any case, Mary receives a marriage proposal by the end of Episode 3, and both then and now I found myself saying ‘it’s too soon!’

But the real romance of these episodes is between Edith and Michael Gregson (finally!). As I’ve said previously, watching Edith come into her own has been a treat but now she must contend with both success in having Michael win over her family and a dilemma: does she put her reputation on the line and follow her heart (or at least her physical attraction)? My favorite part of the house party has been Michael beating Sampson at poker and returning all the I.O.U’s (though Dame Nellie Melba schooling Robert on her knowledge of wine is a close second!), as Robert is forced to recognize how gentlemanly (his words!) a non-gentleman can be. And while Edith thinks she has everyone fooled by how she spends her time with Michael in London, she can’t fool Aunt Rosamund, who voices her concern about her reputation (and rightfully so, considering what happens in future episodes). Nevertheless, it’s a rare and very welcome treat to see someone value and adore Edith so highly, and even more than that, to see her happy.

But it’s definitely not all cheeky flirtation and romantic intrigue in these episodes, with the two most prominent examples happening below stairs. First, Edna is up to her scheming ways as she takes advantage of Tom Branson’s anxiety during the house party, gives him a sizable amount of alcohol, and proceeds to slip into his room at night before asserting that she’s pregnant with his child. Thankfully, Mrs. Hughes saves the day for the first time by calling Edna on her lies and, finally, she’s going to be gone for good. No one is sorry to see her go, including me every time I watch this season. Good riddance.

Unfortunately, not everyone who needs to be gone for good leaves after these episodes: Mr. Green, in particular. After seeing (or rather, having to sit through) Anna’s sexual assault plenty of times, I’m not as horrified as I was upon my initial viewing but it’s still a very challenging scene to stomach. It’s shot both beautifully and jarringly, to the point that it’s hard to look away from Dame Nellie Melba’s performance (Kiri Te Kanawa remains one of my favorite guest-stars on this show!), Mr. Bates’ sweet thoughts about his wife, and of course Anna being brutally assaulted below stairs by Mr. Green. Joanne Frogatt’s acting here and in the following episodes is phenomenal, too: we’re so used to seeing Anna being someone level-headed and in control of her life that when such a horrible event happens, it’s not hard to believe she’s both frightened for her husband’s life should he ever find out and ashamed as she thinks it’s her fault. Mrs. Hughes saves the day a second time by finding Anna first, providing comfort when it’s more needed than ever. But Anna and those who love her have a long road of recovery ahead of them (and plenty of episodes to tell that story in). To this day, I’m not sure if this storyline was truly necessary for the show: I think Anna and Bates have suffered so much already that every season it’s a question of ‘what terrible event will befall these people now?’ And while the sexual assault scenes certainly don’t leave any questions hanging as to what happened to Anna, it’s also troubling to watch and a disclaimer at the beginning of the episode isn’t enough: it wasn’t enough then and it isn’t enough now. Simply put, it’s not what I’d expect to see or want to see on MASTERPIECE and I’m grateful that, for the rest of the series, we are not subjected to anything like it again.

At least next week offers more lighthearted drama, as Rose’s interest in singer Jack Ross deepens and Charles Blake arrives on the scene, two plotlines I think we could all use right now in light of the previous episodes. Episodes 4 and 5 of Downton Abbey Season 4 air Friday, June 25 beginning at 7 p.m. but you can stream the whole series now on GPB Passport.

Goodness, I thought. That sure is a lot of viewer discretion warnings!

Normally, I pay little attention to these warnings. For whatever reason, even after being warned several times by Rachel that episode 2 and others were hard to stomach, seeing these warnings before an episode of Downton Abbey was jarring. It was like someone whispering “be careful” at me before I eat an ice cream cone. What could I possibly have to worry about? 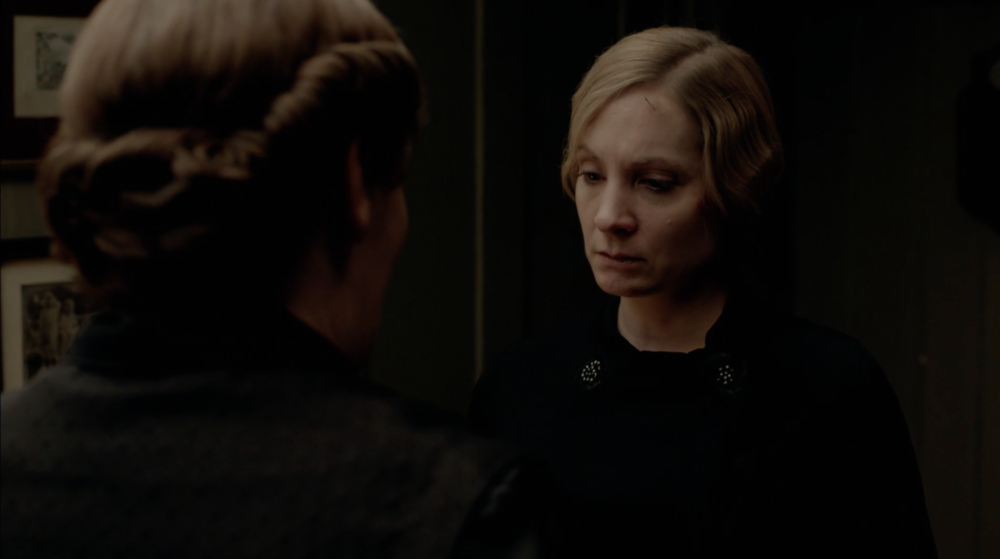 Both Tom and Anna confide only in Mrs. Hughes.

I had the two sexual assaults in the final minutes of the episode to worry about. I don’t think it’s necessary, 7 years on, to go too deep into my personal reaction. I imagined I felt the same way viewers felt when the episode aired. I try to avoid reading too much about the show to avoid spoilers, but I actually did a quick google search to try and understand how people felt about it and how it was written about in 2013 and 2014. The terms ‘sadistic’ and ‘gratuitous’ came up a lot, along with questions about the way Julian Fellowes writes women. People were angry. I was angry. I am angry. That is all I can say.

I do have some things to say about the aftermath of these assaults. When Edna came back (Did she ever even leave?), I never thought she would just go from 0 to 100 on her original game plan. She began at the beginning, getting into Tom’s head and making him feel like an outsider. Setting herself up as an island in a sea of aristocrats. This time around, however, instead of trying to get him to fall for her, she gave him a giant glass of whiskey and snuck into his room when he was drunk.

Because this was a double feature of assaults that people don’t take very seriously (male victim, inebriated victim), this storyline seems to have been wrapped up in episode 3. Tom, after being urged by Mary to talk to someone about whatever was going on with him, tells Mrs. Hughes what happened and she had a few highly problematic words with Edna, prompting her to hightail it out of Downton. Hooray, I guess? Why did Edna have to leave and then come back just for this to happen? The world may never know. Actually, Rachel might know. I will ask Rachel when I've calmed down.

Back in the days when Netflix still shipped DVDs to your home, I rented a film after reading it described as “a sadistic breach of contract between filmmaker and audience.” I haven’t forgotten that phrase in 20 years but I couldn’t tell you if that breach was justified or just violation for violation’s sake. I couldn’t finish watching it. I am worried about what is next for Anna. It is hard to express exactly what worries me. It isn’t so much concern for the character herself and the obvious, horrendous trauma she is going to have to work through while inevitably, constantly, being retraumatized. It’s more that whatever follows this, what drama or performance or plot twist could justify such a breach? I can’t wait to find out.

This week’s highlight was the nightclub singer singing like he was doing an impression of a much worse singer for two entire songs. Baffling! Tune in Friday night at 7 p.m. for more of season 4 or binge-watch this and every season right now with GPB Passport.