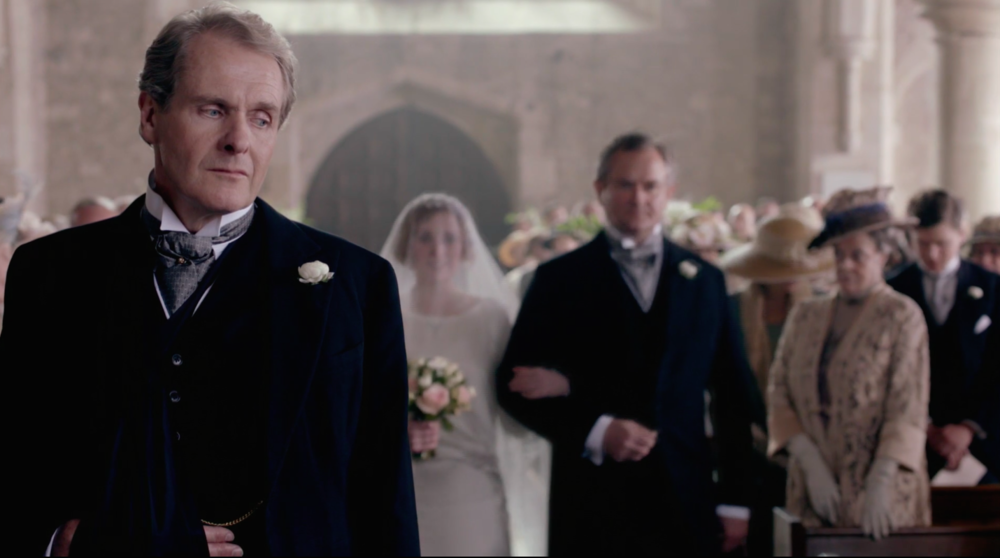 If one quote from this week’s episodes could sum them up in entirety, it comes from the witty, and often accurate, view of Violet Crawley: “No family is ever what it seems from the outside.” This week, more than ever, the cast of Downton Abbey is learning far more about each other than they’d ever considered before and secrets, both pleasant and heartbreaking, are brought to light. 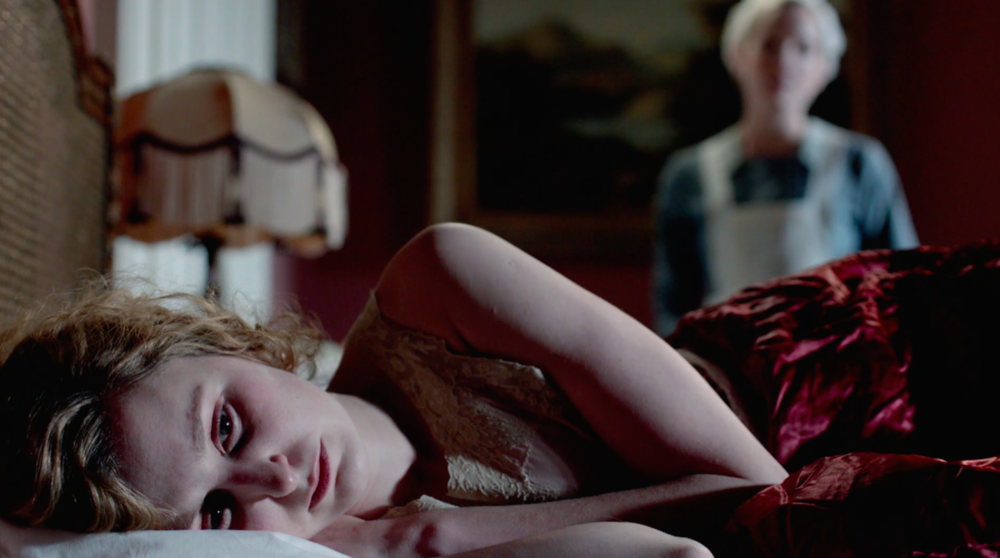 It only makes sense to start with the heartbreak, or rather all of Episode 2 as Edith prepares for, and ultimately doesn’t go through with, her wedding to Sir Anthony Strallan. I think I was caught up in both Edith’s happiness and the other subplots unfolding when I first watched this episode, but on most rewatches I tend to think “Do you not see the red flags here, or are you choosing to ignore them?” Because no one, especially Strallan, is as excited for the upcoming nuptials as Edith is. She insists to her sisters that, on her wedding day, “All of us married, all of us happy,” which should have been the glaring red flag that things definitely would not be pleasant. It’s Downton Abbey: a declaration of happiness or peace is enough to jinx the family for upcoming suffering. And boy, does Edith suffer, complete with the flowing, falling veil that to this day still proves to be a beautiful, yet haunting, image of Edith’s reality.

Yet Edith is the only one sad to see him take off without her. This is about when I remember the Downton fandom pressing for Edith to have a happy ending after what Sir Anthony did to her, and Edith fans would be put through the wringer again with Michael Gregson, Marigold, and finally Bertie Pelham (to some degree, at least). In various interviews, Julian Fellowes has remarked that he didn’t know the impact Downton had on its viewers until a woman followed him in a bookstore before declaring through tears “Let Edith be happy!”

To put it this way: Downton simply isn’t Downton without Mary and Violet’s snobbery, Robert and Mr. Carson wondering when the world moved on without them, Thomas’ scheming, Anna and Mr. Bates’ misery, and Edith’s oscillation between joy and despair. She’s got some time to wait before her happy ending, but these episodes begin her venture into the publishing world which will ultimately change her life forever, both in family and career. 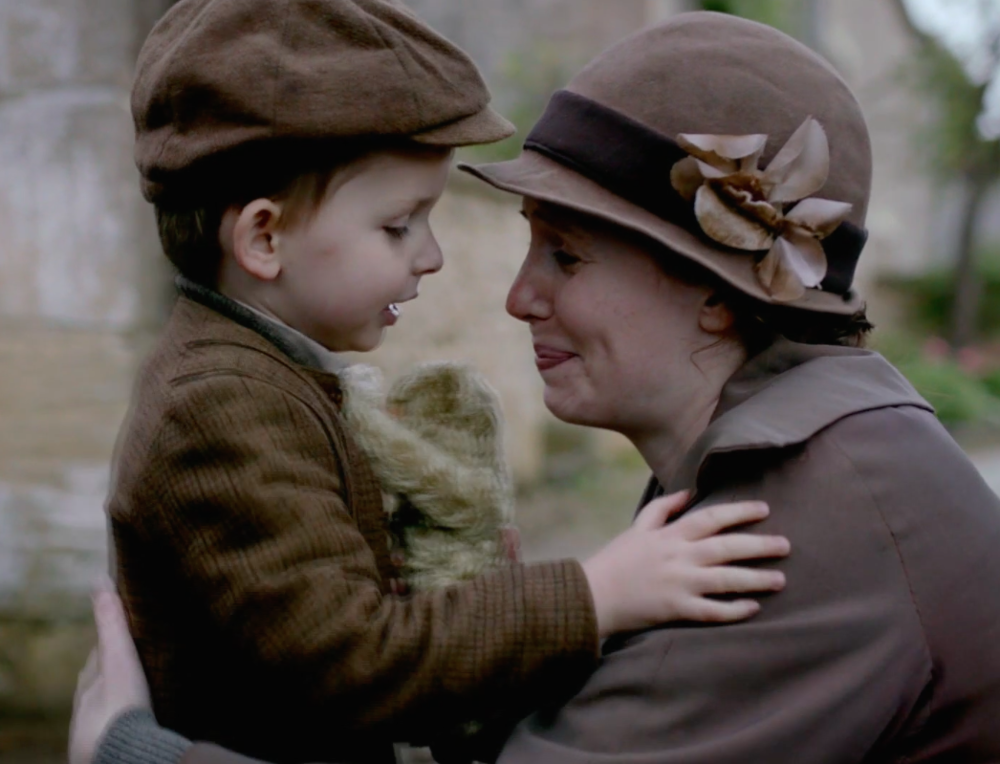 The Crawley family, staff, and friends continue to exist in a reality different from appearances’ sake through Episode 4 as two characters come to terms with their choices in life: Tom must accept that he and Sybil must remain at Downton for their safety and that of their unborn child’s, and Ethel must accept that her son Charlie’s best chance at life is with the Bryant family. It’s a hard pill to swallow for both characters as they’re forced to set some of their principles aside for those they love but in the end, we know at least Ethel will be able to find some comfort in future episodes with her new start. Tom, however, will fare far more poorly (and I’m already anticipating how much I’ll hate writing about Episodes 4 and 5. It hurts every time I watch it). But he’s beginning to change, or at least appreciate his in-laws some, as he explains his hesitation to participate in the burning of private Irish homes. He still carries his beliefs but it shows that he might find a place at Downton, somewhere between upstairs and downstairs even though at this point in the show he’s reluctant to see it. 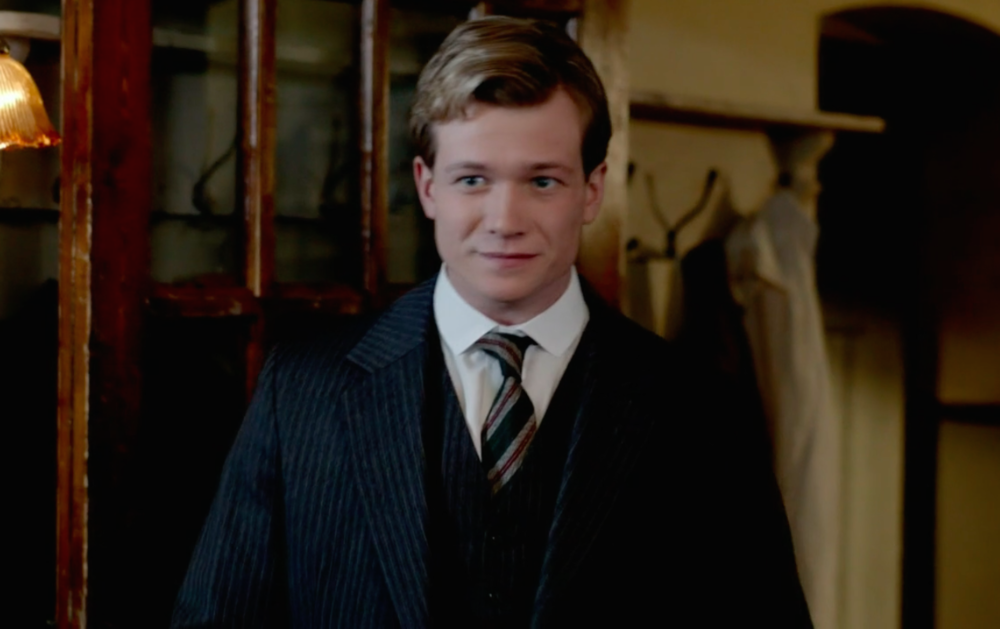 But for all the grief our favorite characters endure, there’s plenty of humor and mishaps as well. Thomas and O’Brien are finally at odds with each other rather than scheming together, and who better to take each other down than someone equally spiteful and bitter? I’ll admit that while much of the Crawley family won’t be sad to see O’Brien eventually go, I definitely will. She delivers some of the best lines and drama for Thomas, but with the arrival of new footman Jimmy, Thomas has plenty of new drama to contend with. Though it’s strange coming back to watch Ed Speelers as Jimmy Kent as both a Downton Abbey and Outlander fan: as Jimmy, Speelers is confident and self-assured, but not particularly mean-spirited. But as Outlander’s Stephen Bonnet, he’s downright evil. It’s always fun to spot Downton actors in other projects but it’s only rewatching the show that I really appreciate Speelers’ acting and the sheer range he’s able to portray. Other sources of humor include Mrs. Hughes’ electric toaster, which Mr. Carson sees as part of the arrival of Armageddon, or at least a method to burn Downton down like its Irish cohorts.

With love in the air again for Mr. Bates and Anna, as well as brewing downstairs with the arrival of new kitchen maid Ivy, Downton Abbey is ready for another storm of grief and trauma beyond anything the family and staff have experienced before. Tune in Friday, May 21 at 7 p.m. for the birth of Tom and Sybil’s baby, but if you want to skip ahead to happier times (I don’t blame you, I usually do the same!), you can binge the entire series on GPB Passport.

There were some heartbreaking moments in these last two episodes. 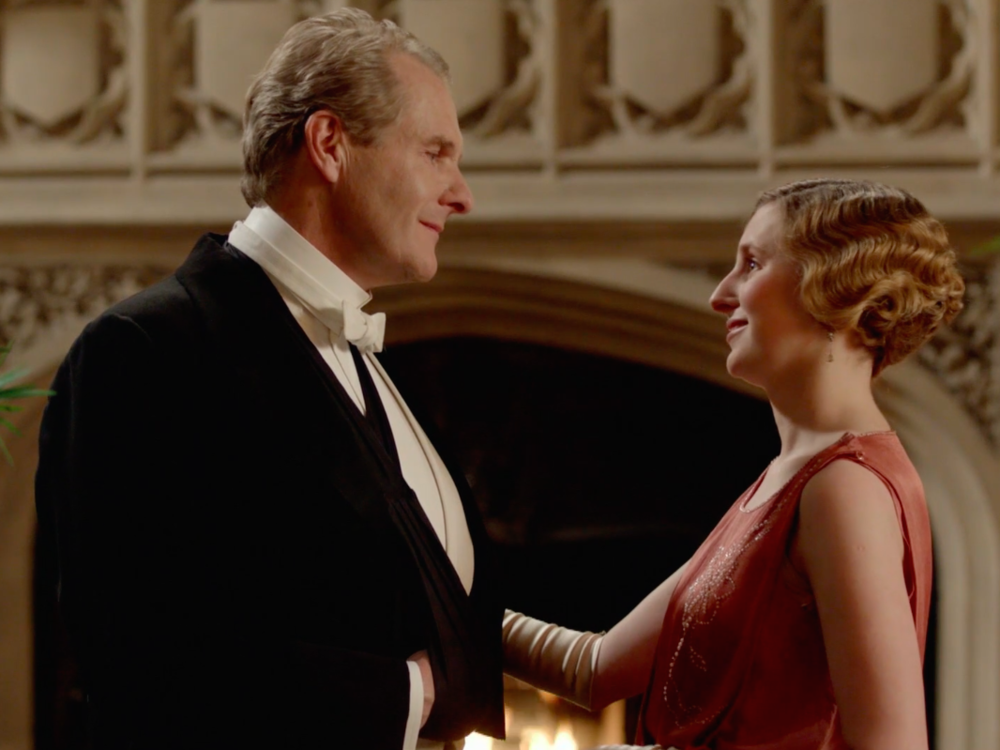 Beginning at the beginning, the first hour dealt mostly with the family preparing for Edith’s wedding while trying to come to terms with losing their home. But, goodness. Poor Edith! She was so very, very close to closing the deal with the older gentleman that spent the entire season rejecting her advances. This is yet another example of politeness allowing situations to spin wildly out of control, and the second such situation on Downton Abbey involving a wedding. It’s baffling every time.

I felt sorry for Daisy when it happened to her, as she was a poor young woman at the actual bottom of the totem pole and was forced, however gently, by her boss and others even higher up to accept the proposal of a maybe-about-to-die William, and then marry a definitely-about-to-die William. Sir Anthony is a completely different story. He’s the Anti-Daisy, breaking Edith’s heart in front of her friends, family and staff because he couldn’t bring himself to do it one-on-one. Baffling. Edith certainly wasn’t blameless and was clearly more interested in not becoming the “spinster” sister than she ever was in Sir Anthony, but... my guy. The only place worse than that to dump someone has got to be at their deathbed.

By the next episode, she seems to have recovered and is back to feeling useless. After being told to “stop whining and find something to do” by her grandmother, she puts herself to work scandalizing her father. It was for women’s rights, though, so go Edith. Could this be the beginning of a new career? I sure hope so. As exhausting as her constant self-sabotage is, it’s always so heartwarming when Edith gets a win. 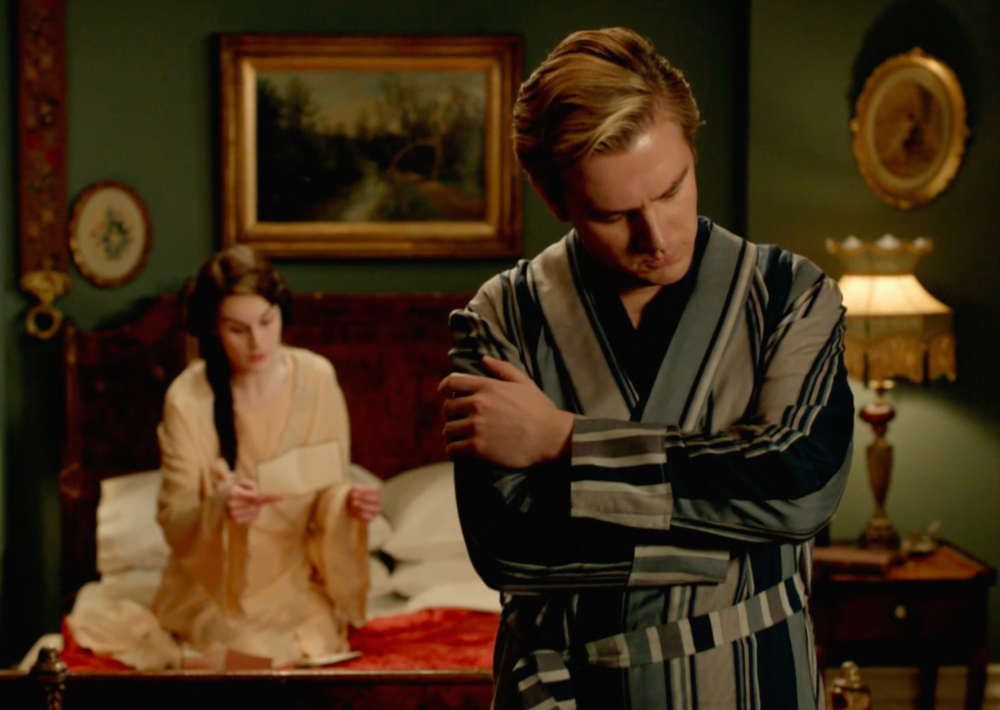 Now back to the continuing saga of Matthew’s Guilt. When Mary shrugged before their wedding and decided to wait until afterwards to deal with Matthew refusing to accept his inheritance from Mr. Swire, she was deciding she loved Matthew enough to resent him, loudly, for the rest of their lives. Also, because politeness. I guess. That wasn’t enough to sway Matthew, however. It took the arrival of a miracle letter from Mr. Swire to convince him to accept the Downton-saving sum, and I was entirely convinced that Mary had written it. Is Matthew going to inherit any other massive estates before he exits? I hope he does. Robert reluctantly agrees to accept Matthew’s help on the condition that it would mark the beginning of a partnership, and Mary is not happy about it. Wouldn’t the money still, technically, be Matthew’s if he accepted outright? He’s Robert’s heir. This was confusing.

Tom burned down a castle and, in his infinite wisdom, was seen there and at the meetings where the castle-burning was planned. He was forced to shake a leg in the rain back to Downton, leaving his pregnant wife behind to fend for herself. Robert was, of course, furious. He got his revenge by forcing them both to stay put and Tom will likely never see his homeland again. I hear the pitter-patter of tiny elite feet.

Lastly, why does it seem like everyone else does prison better than Bates? Hasn’t he been there before? A man with common enemies is helping him navigate and take down his bunkmate. This also helps resolve the issues keeping him and Anna from communicating. He does get out of there eventually, right? 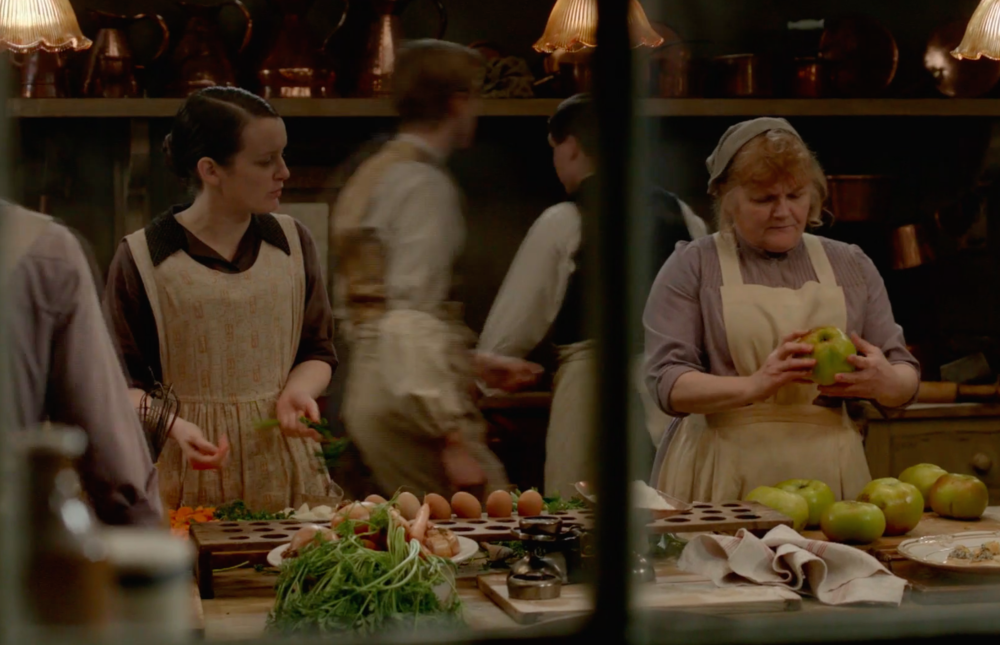