This week is a bit of a strange one for me contributing to this blog. Normally, I’d feel compelled to go through the episode by various plot points and reflect on how I look at them now, up to ten years after they first premiered. I find that a challenge with this episode, mostly as while watching it, I’m preoccupied with only one question:

If Downton Abbey’s take on the Spanish Flu aired in 2021 versus its original air date, would it have been done differently?

I believe that many of us rewatch Downton to escape from our daily lives, including what can seem like a neverending news report on the state of COVID-19 in Georgia, in the United States, and around the world. Tuning in to documentaries about our current pandemic can be challenging enough to stomach at times (at least for me!), but looking at a fictional recount of one of the biggest pandemics of the 20th Century? 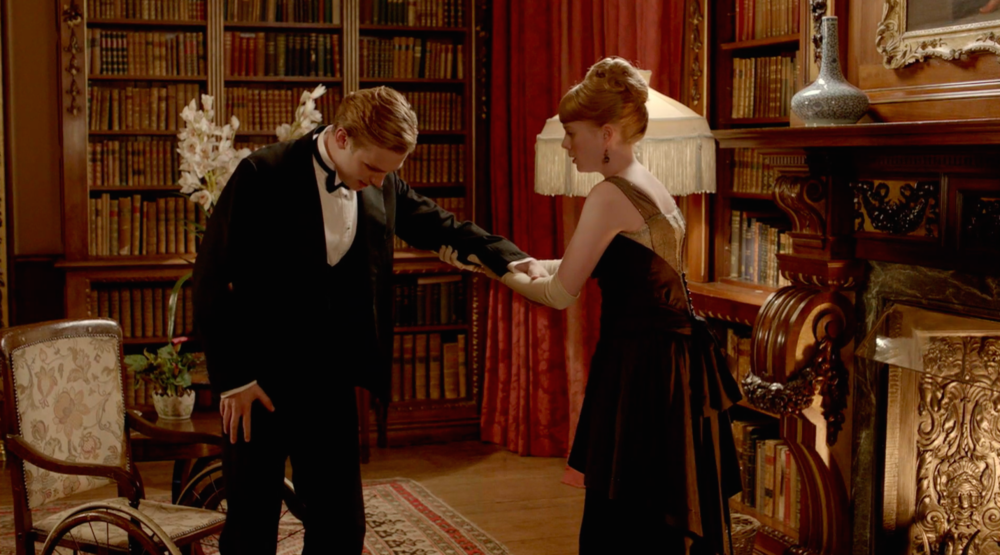 I’m finding myself feeling less worried about Mr. Carson and Cora and more focused on the lack of masks, social distancing, and how befuddled Dr. Clarkson seems when trying to treat his patients. Not for the first time during this episode, either: his incorrect diagnosis of Matthew’s paralysis, in an indirect way, leads to one of the biggest tragedies of Season 3 (which I’m never emotionally equipped to watch. That’s going to be a sad edition of this blog once we get there in a few weeks). And yet this episode seems more relevant than ever as I look back on the past year: technology and medical treatments have changed and improved since the Spanish Flu, but COVID-19 was, and still is, a strange disease. From differing opinions regarding prevention and new strains emerging, I feel just as bewildered at times as Robert, Mary, Matthew, and the rest of the cast as they watch their family and friends fall ill, come to the brink of death, and in Lavinia’s case, succumb to the disease.

But if this episode premiered in 2021, would Julian Fellowes and the Downton Abbey team decide to tell this particular story? Or if they did, would they have incorporated some of the measures we use during today’s pandemic if they’re historically accurate? During the past year, I’ve seen plenty of memes on social media offering commentary on the pandemic, including some with photographs of those hoping to survive the Spanish Flu. And they’ve got something in common with current suggested guidelines: masks. So if they were used during the Spanish Flu pandemic as well as COVID-19, would this be an artistic, or perhaps considerate, choice to include them? Would characters be shown washing their hands as frequently as we do? And furthermore, would Downton Abbey as a show have survived airing an episode like this for the first time in the midst of the pandemic? When the episode originally aired, I doubt for many of us, the lasting repercussions of the Spanish Flu weighed heavily on our minds. We wanted to know if Bates would go free, if Mary would finally get rid of Carlisle, and if Thomas would find his place at Downton once more.

Now, I’m not sure if I can watch this episode with that same focus ever again. The Spanish Flu changed everything for Downton Abbey (Sybil and Tom’s eventual departure and the catalyst to finally bring Mary and Matthew together, being two examples), but COVID-19 has changed the way I’ll watch this episode from now on. And that’s a humbling thought. 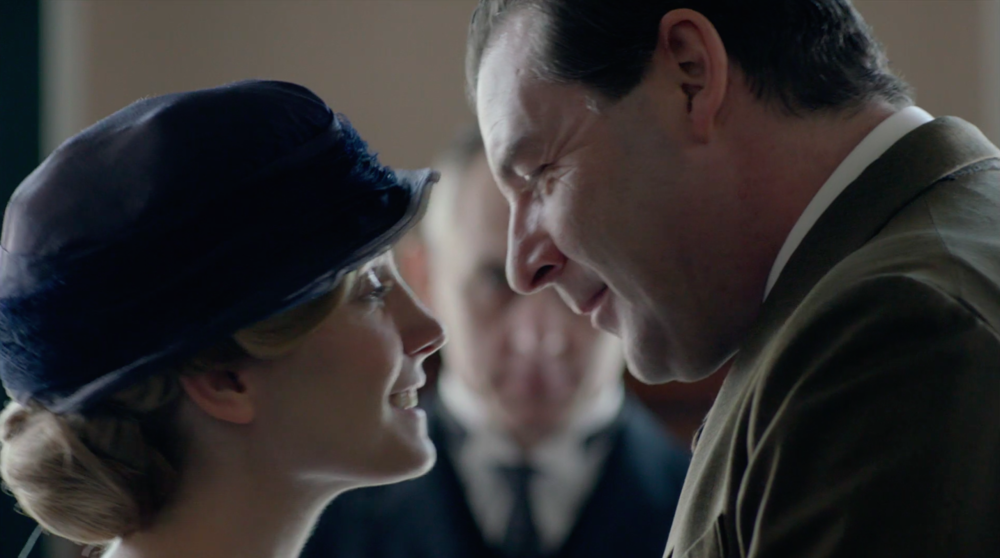 But one thing I can take to heart that’ll never change? The moment Anna and Mr. Bates (or the new Mr. and Mrs. Bates, rather!) find happiness, they and the world around them are destined for pain and hardship. The Bates Curse is in full force going into the first Christmas special and Season 3.

Robert, I know you wish your life had value now post-war, but you might want to check your railroad investments. Before it’s too late.

Can’t wait for Matthew and Mary to finally come together and the arrival of Cora’s relatives (ushering some of the best Dowager Countess quotes of the series, to boot!)? You can stream all of Downton Abbey now on GPB Passport or tune in Fridays at 7 p.m.

I wanted to call this blog “One Wedding and a Funeral,” but I’ve already painted myself into a corner with the quotes. They’re fun, it’s fine. I’m sure it was done to death anyway at the time. Speaking of death, throughout season two I’ve been wondering how Matthew and Mary would manage to extricate themselves from their relationships and get together. Now I have at least half of the answer. 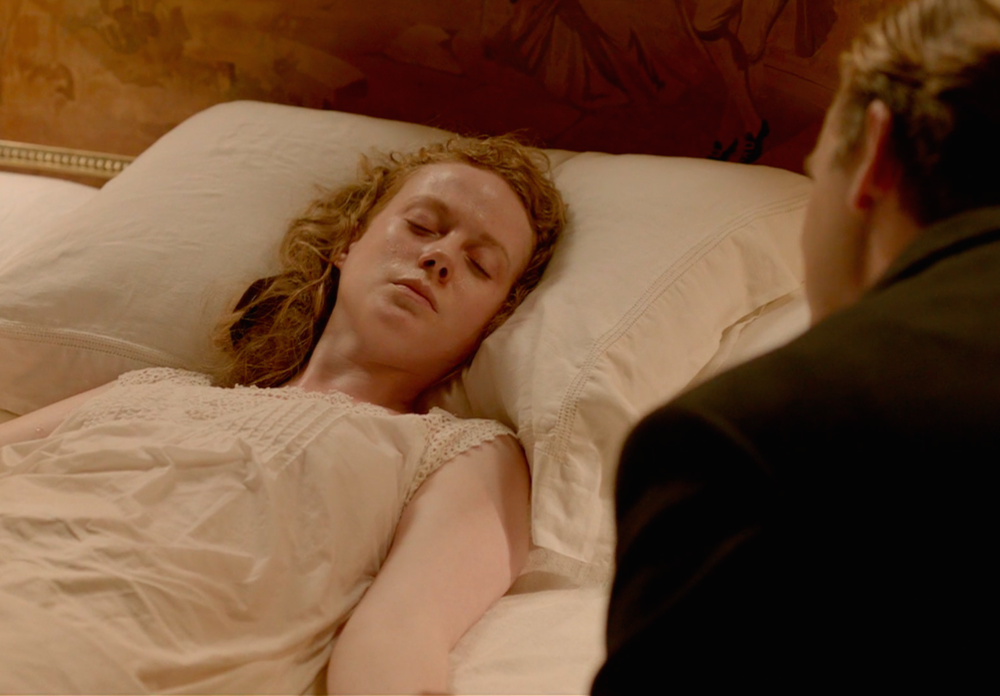 The war has ended and Hospital House has closed its doors, for a little while at least. Several of the family and staff come down with the Spanish flu, including poor Lavinia who eventually succumbs to the illness. I imagine this must have been a very sad and shocking turn of events when the episode first aired but having lived through the last year, all I could think when watching all of this happen was “Too close. TOO CLOSE!” Earlier in the episode, Lavinia had witnessed Mary and Matthew sharing a passionate kiss while dancing after she had first taken ill. So, of course, Matthew attributes her death to a broken heart. This is understandable, I guess. After she had basically given up any hope of having children and dedicated her life to taking care of Mattew after he was injured and believed to be paralyzed, she catches him kissing his cousin the minute he gets his legs back. Her dying words to him even imply that her death is for the best, as it would free him to marry Mary guilt-free. I have no doubt she would have been broken-hearted, who wouldn’t have been? But it seemed like her only purpose on the show, from her introduction to her death, was to be some saintlike foil to imperfect Mary. Which is fine, I just think she deserved more depth than just occasional sad little looks at the cousins. #JusticeforPoorLavinia. Was that ever a thing?

So, then there’s Mary. Mary... I just don’t know. Mary is complicated. Mary contains multitudes. Mary is a tangled mass of contradictions. Mary asked me if I wanted depth and when I said yes, she teleported me to the bottom of the Marianas Trench. It was full of her anguish and the pressure was immense. Mary is a human being, and I am proud of her. Or will be soon, I’m certain. I just don’t know.

As of the end of episode six, she is still engaged to Sir Richard, the Slimy, and is trying to gird herself in preparation for her exile to Isolation Manor by becoming ice cold. In some scenes, at least. I really expected him to fall to the flu like Lavinia, but apparently, that is not how this story ends. Sir Richard’s paranoia ramped up to new heights in this episode, leading him to ask Anna to spy on Mary for him. Luckily, Anna is not a monster and also has better things to do, which I’ll get to in a bit. Mary finds out, of course, and eventually forgives Carson for bailing on her. I find his affection for Mary touching. 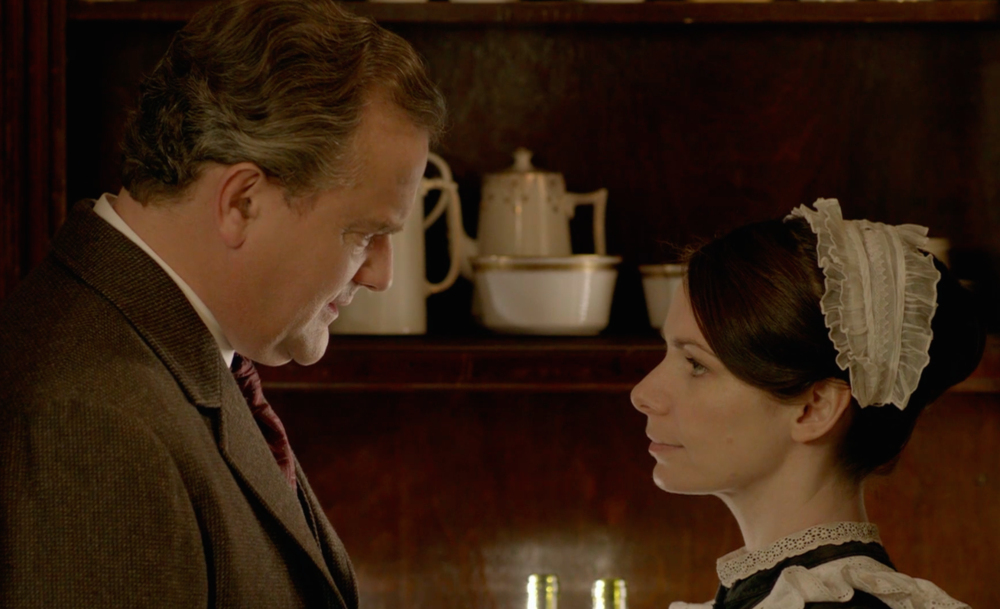 In other upstairs/downstairs relationships, Lord Grantham and Jane got even weirder. He began the episode being absolutely terrible to Cora, then proceeded to get incredibly inappropriate with Jane in a cupboard. Seeing Cora on her deathbed brings him to his senses, however, and Jane resigns. Totally unfair, but it’s not like she had an HR department she could consult about that complete mess. Elsewhere, Ethel bum-rushes Charlie’s grandparents, who are still reeling in grief over their son’s death. She eventually refuses their offer to raise the child as an aristocrat without her involvement, but I don’t think we’ve heard the end of this yet. 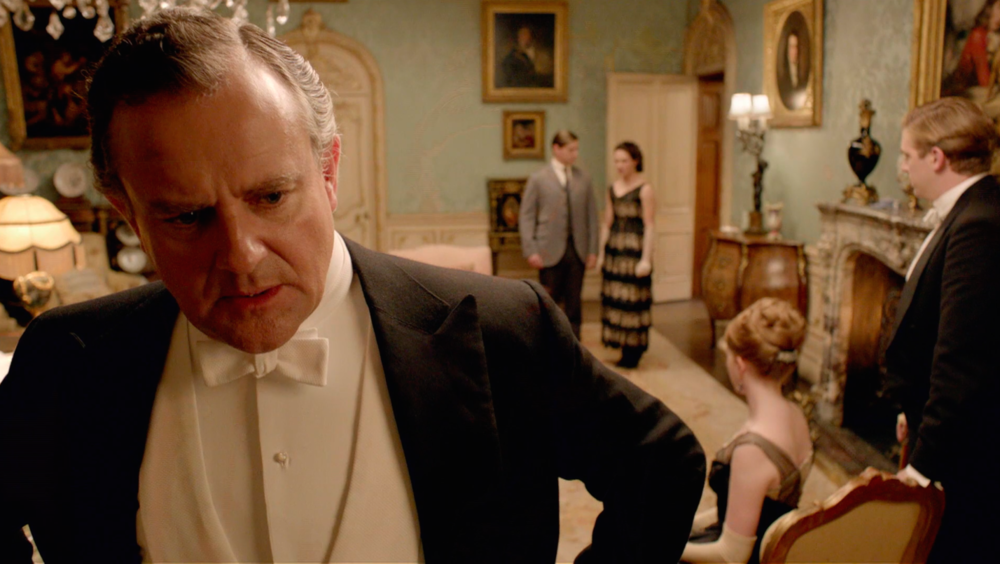 In happier news, Anna and Bates finally get married. He is arrested for murder five minutes later but let’s focus on the good. Sybil and Branson elope, almost. At the beginning of my Downton journey, she was one of the characters I was most confused by. I’m happy to say, I think I get her now. She’s the baby. Being the third of four children, the first-born being the only son, I’ve only ever seen this dynamic played out in reverse in real life (we all refer to my brother as the Prince). So, despite media depictions literally everywhere since the beginning of media, this went right over my head. Look, the wee baby Sybil is reading Marx again, adorable! Little Lady Sybil is wearing harem pants, how novel! Sybil has run off with the chauffeur. Robert, get the checkbook. The family seems to come around after Lavinia’s death, but I know what happens to her and I’m preemptively very upset about it. I was just getting to know her.

Highlights from this episode include Thomas’s fancy crime hat, the phrase “nameless offshoot of a drudge,” and Branson’s impeccable judgment. Tune in Friday at 7 p.m. for the next installment, and stream all of Downton Abbey now on GPB Passport.

END_OF_DOCUMENT_TOKEN_TO_BE_REPLACED 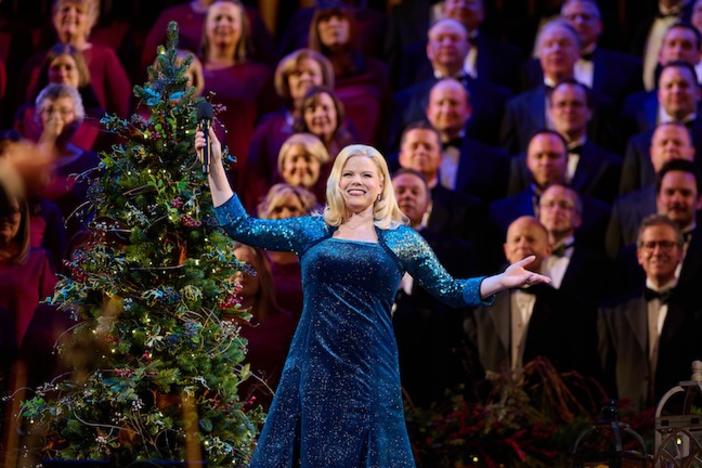