Lady Rosamund and the Dowager Countess have Lavinia for lunch.

As Season 2 of Downton Abbey continues on, the war has truly come home to the Crawleys and their staff. And while we see some of the horrors at the front that Matthew and then William face, what our favorite Yorkshire family endures at home might even be more dramatic (okay, definitely more dramatic!). While outwardly, they must all band together in order for Downton to do its part and thrive as a convalescent home, beneath the surface our favorite characters must fight their own battles. 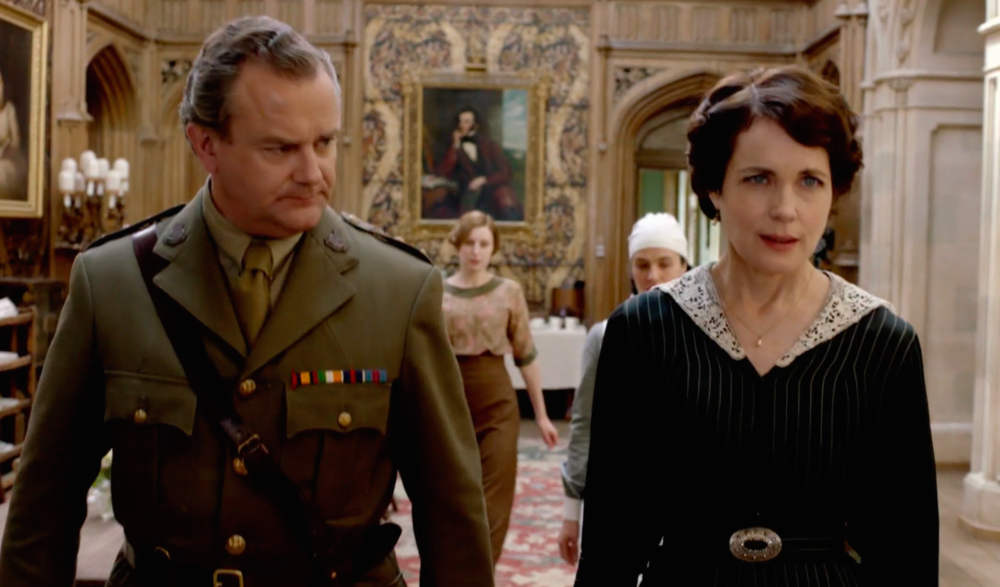 Perhaps the most prominent over these two episodes is the battle of control between Cora and Isobel, fueled by experience, pride, and the urgings of Miss O’Brien. I remember when I watched Downton for the first time, I was naively expecting Cora and Isobel to get along well in the running of Downton as a convalescent home. “Surely, their duties and expertise will be so different that it will be a simple task to divvy up what needs to be done!”

Oh, how wrong I was.

But now as I look back on this part of the show, it truly was inevitable (and clearly Mrs. Hughes agrees) that these two would butt heads. And frankly, what I find most fascinating about this is that it’s hard to root for one side over the other. That’s the beauty of Julian Fellowes’ writing here: neither Cora nor Isobel is fully in the right or in the wrong. They both bring excellent points why each of them should be in charge in the running of Downton, and I don’t envy Dr. Clarkson for having to make a decision between them (which he never truly does, leading to the explosive confrontation at Cora’s desk and Isobel’s quick decision to leave for France). Ultimately, both women want to do their best as they do their part to help the war effort, but they’re both used to leading, not following, and finally it’s Isobel who concedes control of Downton to Cora, her desire to go where she can be made useful winning out over her interest in running the convalescent home.

A part of me wonders what would have unfolded if Isobel had stayed at Downton through the entirety of the war, too. Would her relationship with Cora be permanently altered? While it was said in the first episode that war has a tendency to show what’s important versus what isn’t, I’m curious if the animosity due to their power struggle would’ve lingered if distance hadn’t been put between them. 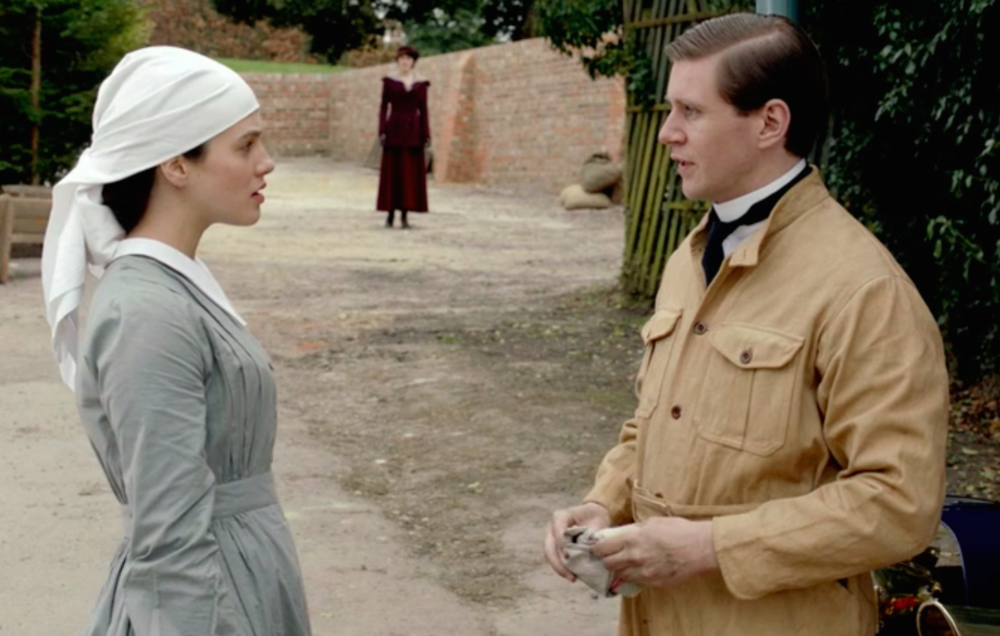 Speaking of distance (at least in manner of perspective), both Sybil and Tom were forced to look at the bigger picture this week. It’s refreshing, in a way, to go back to Season 2 in terms of Tom’s character progression: he’s such a different person during these episodes than who he becomes in Season 6 and the film! It’s also easy to look back on the Sybil/Tom relationship as one consistently filled with love and support for each other, but these episodes highlight the differences they share as well: Sybil’s politics are progressive and forward-thinking to a point, until they harm others unnecessarily. But Tom, with his differences in class and background, sees a world far less rosy than she does and believes that making a statement is far more important than his own life. Nevertheless, these episodes are where they begin to understand and meet each other in the middle, so to speak: Sybil begins to consider Tom’s intentions as genuine as well as her own feelings, and Tom’s fate regarding the dinner with Sir Herbert Strutt ends up keeping him out of legal trouble (for now. Wait until next season for that!).

Below stairs (well, technically, far above them too in the staff sleeping quarters), Ethel is still at war with her desire to leave service. Or at the very least, have something to distract her from her life as a servant at Downton. That comes in the form of Major Bryant, and just as when I watched it the first time, the moment Ethel laid eyes on the Major on Downton’s staircase I said aloud “This isn’t going to end well.” But considering how busy the family and staff are making sure Downton is functioning properly as a convalescent home, I think Mrs. Hughes should be cut some slack on keeping Ethel out of trouble. After all, she’s trying to cater to both Cora and Isobel and their mutual desire to be in charge of running everything. The inevitable was going to happen, especially after Anna insists “Be careful what you wish for.” Still, in terms of character growth and new stories to tell on the show, I think this was the right move for the character of Ethel in the long run. She never belonged at Downton nor did she want to, and it leaves a place open for characters like Jane to arrive and add more drama (for Lord Grantham in particular). 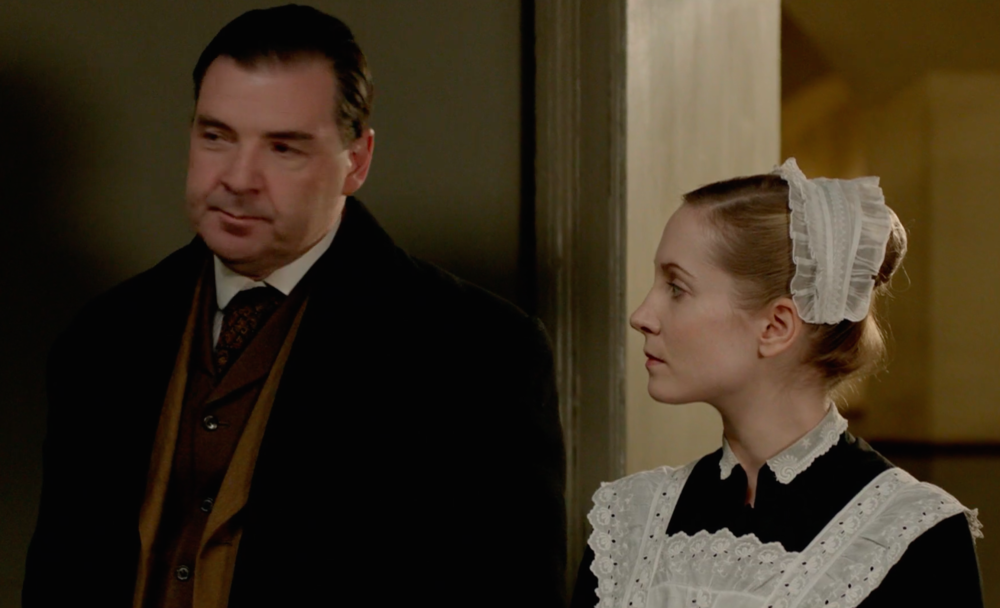 And finally, speaking of Anna and Bates: could you two refrain from insisting how happy you are in any given moment? I’m pretty sure that’s the Downton Abbey curse: as soon as Anna and Bates proclaim their happiness, that’s when horrible events befall them or the rest of the cast. Matthew and William return home much to Mary and Daisy’s relief, only for tragedy to unfold in the next episode. Much less the two of them having to deal with Vera’s fate shortly, and how that impacts their relationship as they’re separated for much of Season 3.

It’s not that I don’t wish for Anna and Bates to be happy, but I’m pretty sure at this point that whenever Julian Fellowes has either of them indicate how happy they are to be with each other, some horrible event is about to occur.

If you want to look back at all of the calamities brought on by Anna and Bates announcing their love and happiness for one another, you can stream all of Downton Abbey now on GPB Passport. 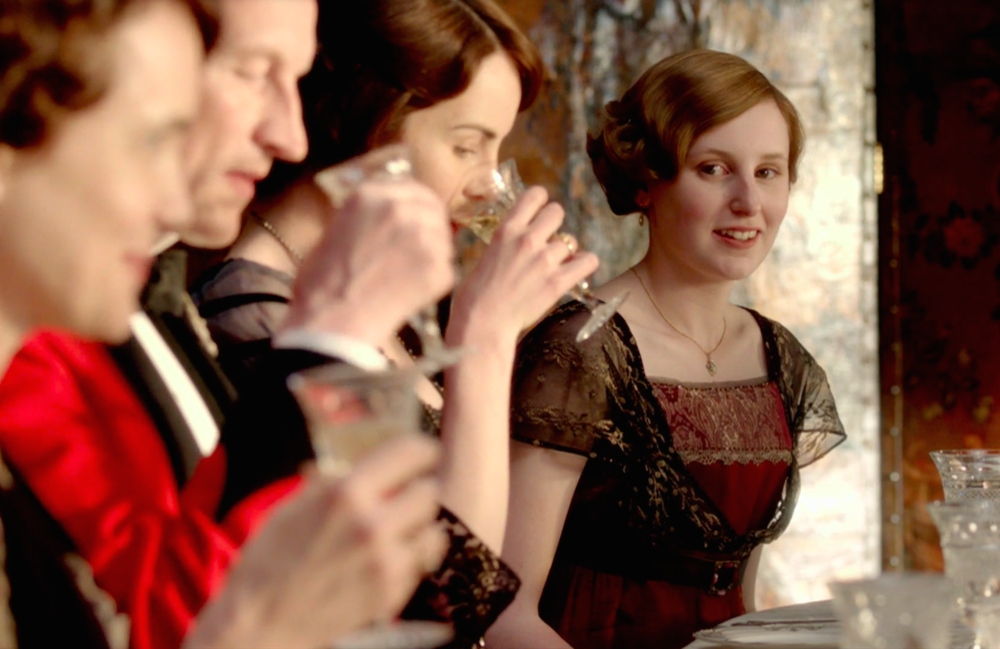 As season two continues, the war rages on and Edith feels useless again. After being asked, far more politely than was necessary, to stay away from that woman and her farm and her husband, she’s struggling to find a way to contribute amidst the hustle and bustle of Hospital House. Astonishingly, she becomes indispensable by being nice and showing genuine concern for the men in the family’s care. Imagine that! So many directions that could have gone in and this was the absolute last thing I expected. We call that growth and I love it for her.

Meanwhile, Isobel and Cora make it about five minutes running Hospital House together before the gloves come off. Isobel tells Cora that she doesn’t know what she’s doing because she’s never worked a day in her life and she needs to stay in her lane. Cora informs Isobel that Hospital House belongs to her and is her lane by default. Isobel then halfheartedly threatens to leave three times and Cora, without any hesitation whatsoever, says great. It was starting to smell like broke in here anyway, don’t forget your hat. I loved this exchange, if you couldn’t tell. 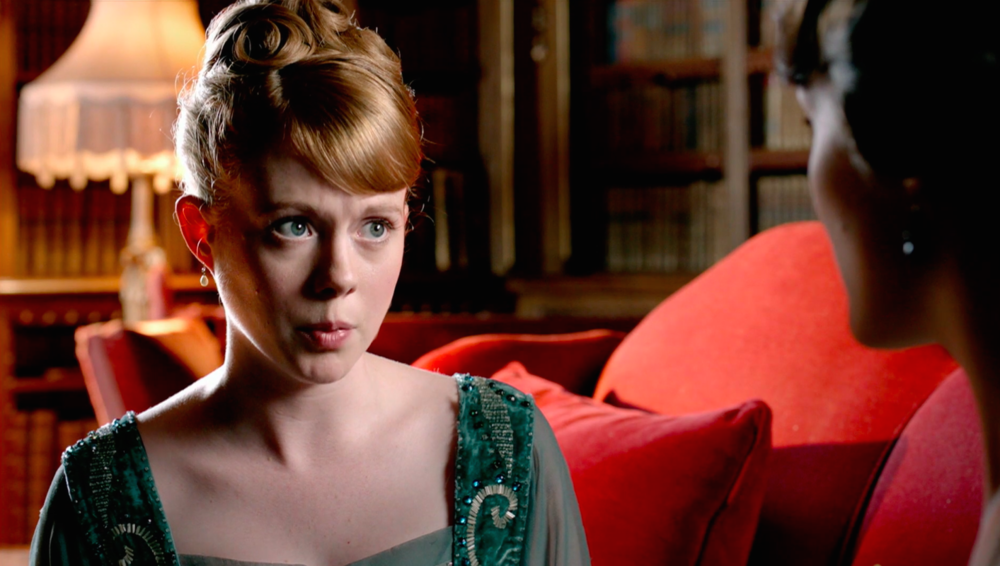 Aunt Rosamund, after witnessing that mysterious exchange between Lavinia and Sir Richard, does some investigating and discovers that Lavinia provided evidence to Sir Richard that breaks a major political scandal wide open. Rosamund and Violet assume Matthew’s fiancée had an inappropriate relationship with Sir Richard in the past and expect Mary to use this information to break the two up. She declines and, after speaking to Lavinia, discovers that she only did what she did to settle a debt that her father owed Sir Richard. As much as she is still very much in love with Matthew, she does seem to genuinely like Lavinia, which is very sweet.

Mary has no problem, however, sabotaging what she believes is a burgeoning romance between Sybil and Branson. She isn’t entirely wrong, but it looks like Sybil will be the last to know. Branson tells her that he knows they are going to end up together, despite what she may think, and that he will wait for her to catch up. Moments later, he attempts to get himself arrested by dumping a bowl of stinky nonsense on a very important guest of the Crawleys. It’s a shame the army rejected him on account of his bum ticker, considering how he concocted a way to strike a mighty blow for the republicans and endear himself to his future in-laws at the same time. Branson is a master strategist. 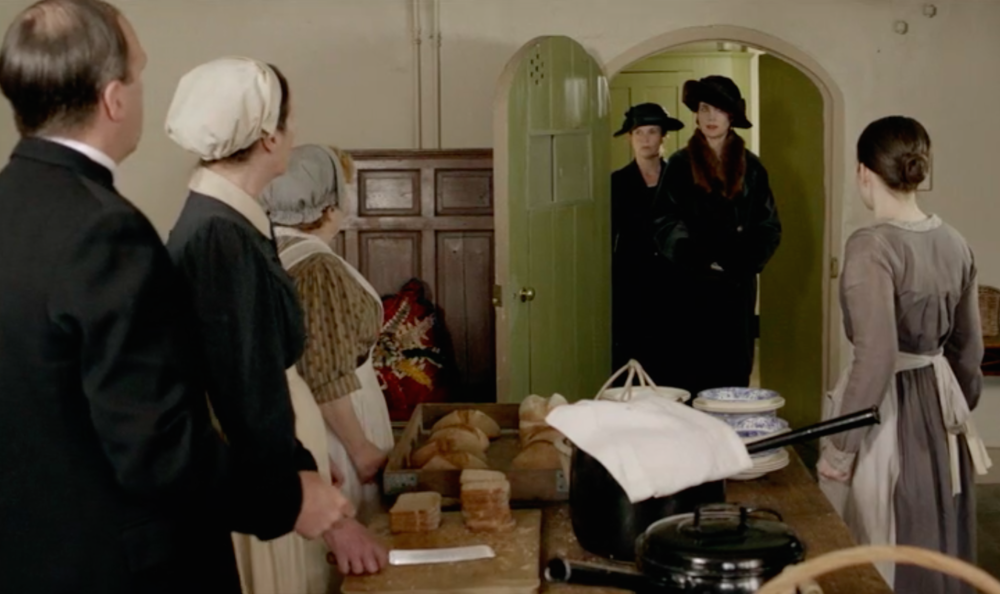 O'Brien runs into a tunnel painted onto a wall.

A lot of terrible things happen in these two episodes, including Matthew and William getting shot at and going missing, Ethel’s "hot girl summer" being interrupted by unemployment and an unplanned pregnancy, and Thomas being put in a position of authority. One good thing is that Lord Grantham convinces Bates to return to Downton after he comes back to town to stalk Anna. Their reunion is sweet, but I know they are about to crash very hard into a wall of extreme unpleasantness.

Highlights from episodes 202 and 203 include Mrs. Patmore enthusiastically accepting William’s proposal to Daisy, Mary responding “takes one to know one” after her dad calls her a gold-digger for entertaining Sir Richard’s proposal, and Isis is a very strange name for a dog. Especially a golden retriever. Tune in Friday at 7 p.m. and stream the entire series now on GPB Passport.