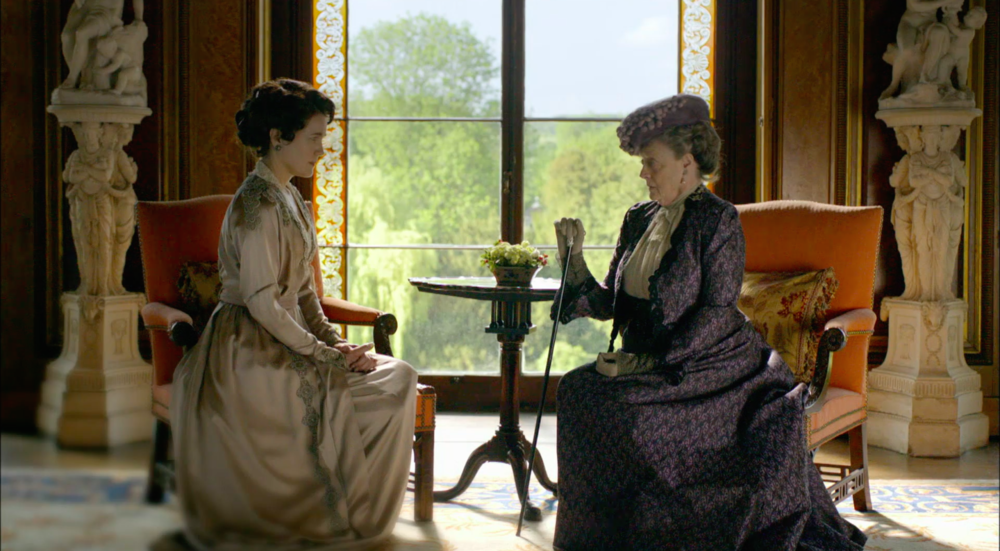 As the popular Spider-Man quote goes, “With great power comes great responsibility.” Though as I rewatched last week’s episode of Downton Abbey, that quote came to mind but with some Crawley-appropriate edits: “With great risks come great consequences.” Because that’s what unfolded last week both upstairs and downstairs ahead of World War I. 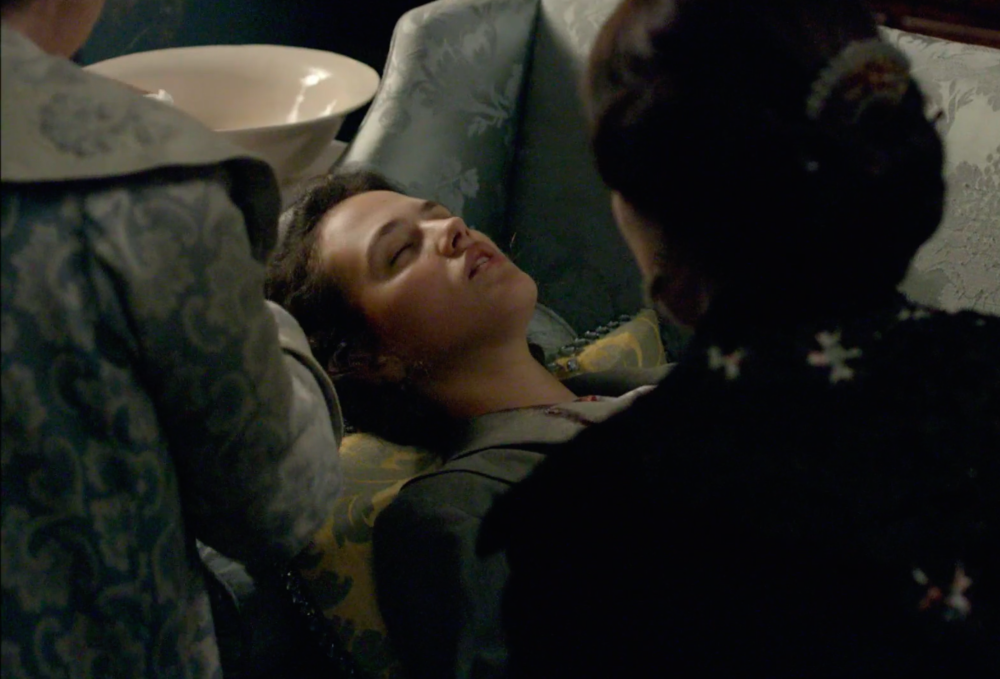 Sybil, not yet living her best life.

If anyone is encouraging of others taking great risks, as well as her own ambitions, it’s Lady Sybil. Her interest in politics escalated in this episode as well as her determination to assist Gwen in finding a position as a secretary in order to leave her life as a housemaid behind. The latter is far more successful than the former (and each time I watch this episode, I still love the conversation Gwen shares with the representative from the telephone company when he insists his mother was a housemaid. She’s likely had no one think highly of the type of work she does and it gives her a sense of pride that carries through to the garden party), but the more I watch the By-Election count unfold, the more I feel like Sybil and Tom’s story becomes more of a vehicle to drive the Mary and Matthew plot along (more on this later!) and I find it a bit tiresome in that aspect.

Maybe it’s because Sybil and Tom have always been my favorite characters and I adore the relationship that grows between them, but the whole starry-eyed look Sybil gives Matthew when he rescues her (and there were two people at her rescue, thank you very much!), feels more out of place each time I watch it. I think she would have been grateful, but the scene comes off as more Sybil being enamored of him than anything else (perhaps the blow to the head helped?). That said, Sybil’s interactions with Robert regarding her risky political behavior also never fail to entertain: she proves she’s very innocent about the ways of the world and Robert’s anger comes both from wanting to protect her and a difficulty seeing progress unfold. 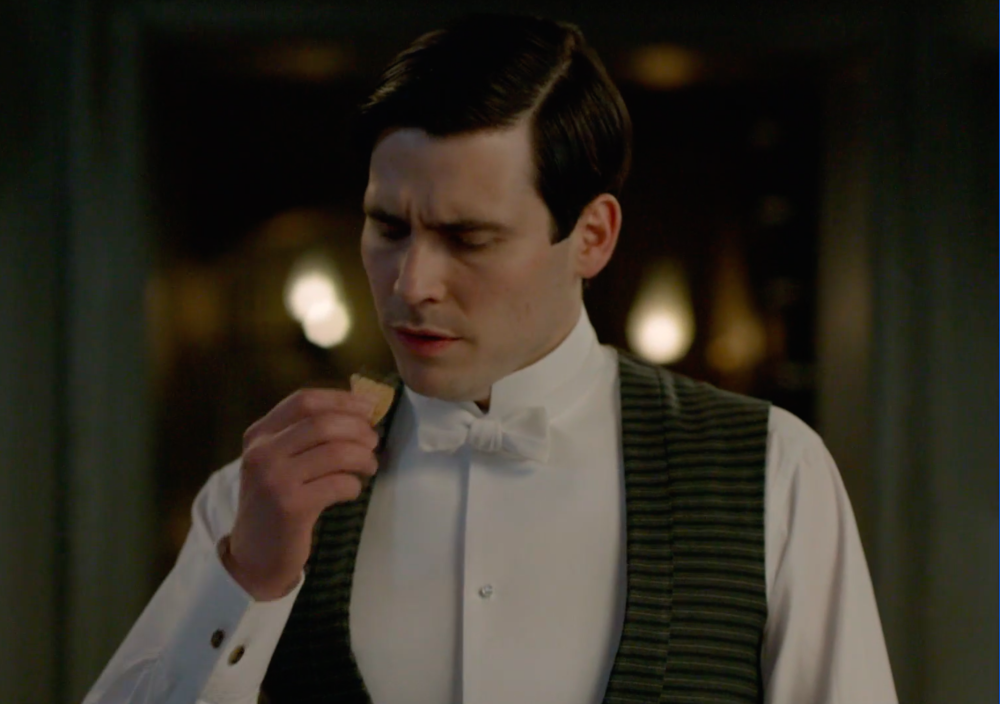 Thomas, deciding he could be less likable.

The consequences of risky behavior also unfolded last week below stairs as well, particularly for Thomas and Miss O’Brien. The entire season has seen these two conspire to be rather cruel, manipulative, and nasty to others while giving each other ideas and situations for how to execute such behavior, but this is the first time we see them diverge in their scheming: mainly, O’Brien has a conscience while Thomas, at least at this point of the show, does not. In the past, I’ve mostly focused on Robert and Cora’s excitement followed by trauma due to the loss of the baby, but the bathtub scene is far more interesting on this rewatch due to O’Brien’s reaction: she’s forced to look in the mirror and take an assessment of her actions, only doing the right thing when it’s too late. Thomas, by contrast, feels no remorse from theft or blaming Mr. Bates for it, and his actions lead to the only possible solution that keeps everyone happy: he’ll leave to join the army under Dr. Clarkson. Cruel and heartless behavior doesn’t pay off in this episode, and O’Brien’s choice will haunt her for episodes to come.

But perhaps consequences due to heartless behavior truly resonate with Lady Mary in this episode. For those who adore Mary and Matthew, the episode starts off promising, with Matthew playing the knight in shining armor (or shining black hat and overcoat) to save Sybil from the fight, leading to flirting and a shared kiss between Matthew and Mary. Despite her scandal with Mr. Pamuk reaching both near and far outside the confines of Downton, it looks as if her troubles will be far behind her once she accepts Matthew’s proposal (except as we all know, this is Downton Abbey, and no one is allowed to be happy for long. Or at least until the end of Season 6), but Aunt Rosamund’s meddling and Mary’s own indecisiveness throw everything for a loop. Though rewatching Mary and Matthew’s emotionally-driven discussions, I end up appreciating how idyllic the world around them appears to be. Bright sunlight and beautiful grounds and gardens create an enticing backdrop to Matthew’s frustration and Mary’s despair, though I’d like to chalk up a lot of their unhappiness to Aunt Rosamund and her attempts to remain logical and practical in the event of a new heir disrupting Mary and Matthew’s futures.

Though it’s ill-advised to take romantic advice from Aunt Rosamund: she has her own share of romantic entanglements in the Season 2 Christmas special.

Speaking of Season 2, we go right into (or back into) World War I this week during our airing of Season 2, Episode 1 on Friday at 7 p.m.! But if you can’t wait for more wartime drama (Sybil taking up nursing! Mary’s new suitor! Edith’s...well, Edith’s complaints, I suppose), you can binge the whole series right now on GPB Passport.

It seems as though now I’ve started watching Downton Abbey, I’ve ended up consuming marginally Downton-related media at least once a week through no effort of my own. It’s a bit eerie. Like when you mention something casually and then every ad you see while using your phone is trying to sell that thing to you. I’m completely aware of what a massive phenomenon the show was, and of course, the show’s stars would have appeared in a lot of other programs and movies before and since Downton aired. Still...

This week’s marginally Downton-related anecdote is about Dan Stevens, who is remarkably great at playing madmen. I mentioned before how much I loved the series Legion, in which he stars as the son of Professor Charles Xavier (Professor X, founder and leader of the X-Men). His character deals with some pretty severe mental health issues (that statement is somehow both inaccurate and an understatement) and Stevens is phenomenal. His character's issues in The Guest, a film I watched last weekend after picking it randomly from a list of recommendations, are far less ambiguous. As terrifying as his character is, I often found myself distractedly wondering whether or not the filmmakers edited his eyes in post-production. This is an actual question I asked myself at several points while watching the film. I do not think that color exists in nature. 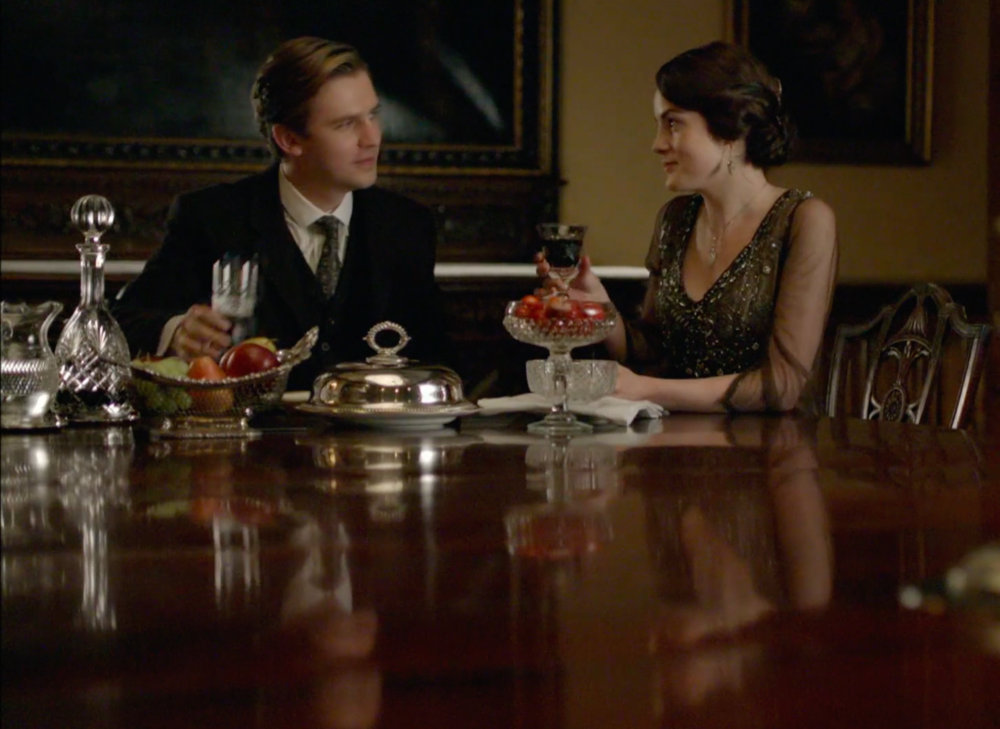 Matthew and Mary are still not married.

I say all of that to say that Dan Stevens is a very good actor and it took Mary an unrealistic amount of time to fall in love with Matthew. That ended very fast, though, didn’t it? After teasing their eventual coupling for the first 3 episodes, he proposes and then breaks up with her in the span of 20 minutes. So much heartache over a misunderstanding. Would Matthew be as scandalized by her misadventure with the Turkish gentleman as her aristocratic peers, given how silly he finds their lifestyle? I guess I’ll have to wait until the next episode to find out. I found myself feeling sorry for Mary for the first time. 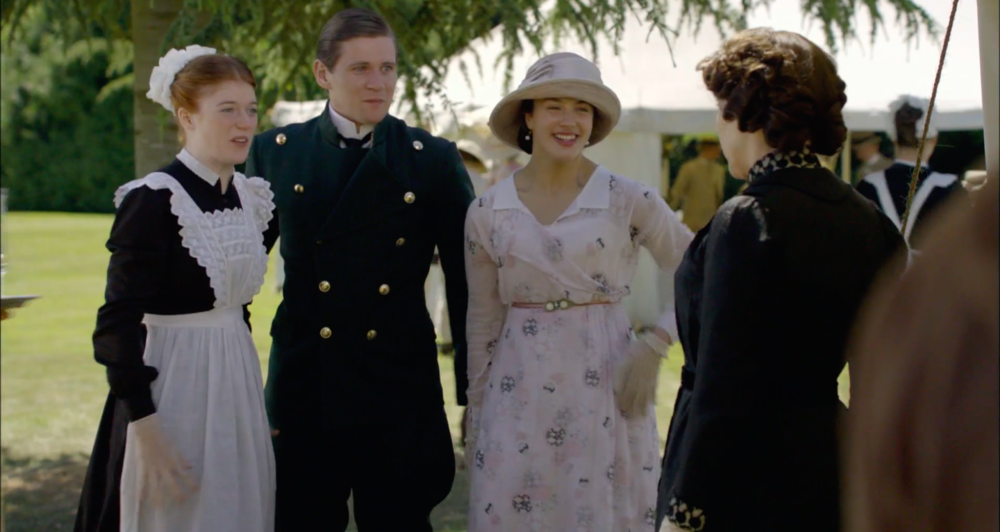 The incident that led up to Matthew proposing involved Sybil playing fast and loose with Tom’s ability to pay his bills, which was aggravating. As much as she wants to think of herself as less highfalutin than the rest of her family, she’s still very much inside her golden bubble. She does finally succeed in getting Gwen a job as a secretary, so that’s something.

The situation that led to Matthew dumping Mary involved a very surprising pregnancy and eventually a very sad miscarriage. For a brief moment, it seemed as though the Grantham’s inheritance problems might be solved, which Matthew mistook as the reason for Mary’s hesitance to accept his offer of marriage. Unfortunately, this turned out to be the episode in which both O'Brien and Thomas decided to blossom into the monsters they always knew they were. O'Brien, believing that Cora plans to replace her as lady’s maid, causes her to fall and miscarry. Thomas, in a rant that made me shout, “Oh my God!” at the screen for the first time while watching this show, earns his first proper seeing to by being less than sympathetic discussing Cora’s accident and the death of William's mother. It had to happen eventually, I’m glad it was season 1.

This week’s highlights include Daisy telling Thomas she would die for him after he asks her to hand him a newspaper, Robert asking their doctor to explain his wife’s pregnancy while omitting any detail dealing with women’s anatomy, and Mary being told that Edith was the snitch and responding, “Yeah, that checks.” Season 2 begins Friday at 7. Don’t forget, you can binge or re-binge the entire series right now on GPB Passport. It’s becoming more and more difficult to resist the urge to watch ahead and I’m not ashamed to admit that.