Local Experts Reflect On “The Gene” During Our Upcoming Screening 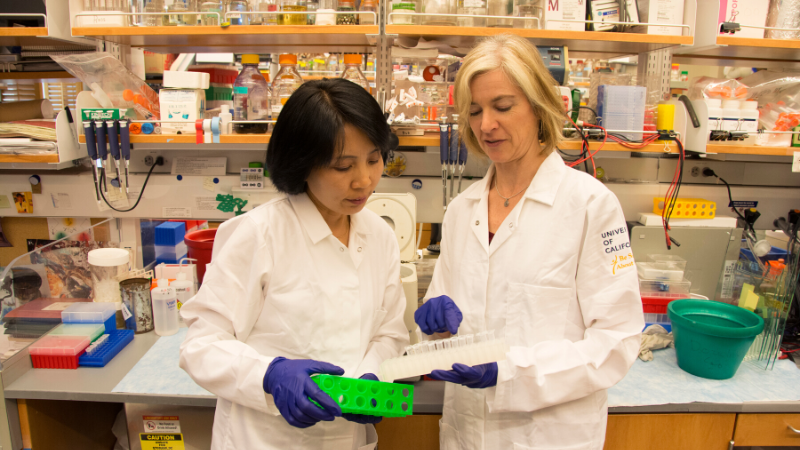 When Chinese researcher He Jiankui stunned the scientific community in November 2018 with the announcement that he had created the first genetically edited babies, he performed a medically unnecessary procedure well before scientists considered the consequences of altering the human genome. This story is discussed in the new two-part documentary The Gene: An Intimate History, produced by Ken Burns and based on the best-selling book by Dr. Siddhartha Mukherjee. The show focuses on three main aspects: the historical biography of the human genome, doctors currently at the forefront of genetic treatments, and present-day personal stories of patients whose lives could be transformed by new scientific breakthroughs. Alongside treatments, experts will also speak on the complex ethical questions they raise. But you don’t have to wait until April to preview this documentary: The Gene is coming to GPB for a special sneak peek screening on March 10 before its TV air dates on April 7 and 14, 2020. 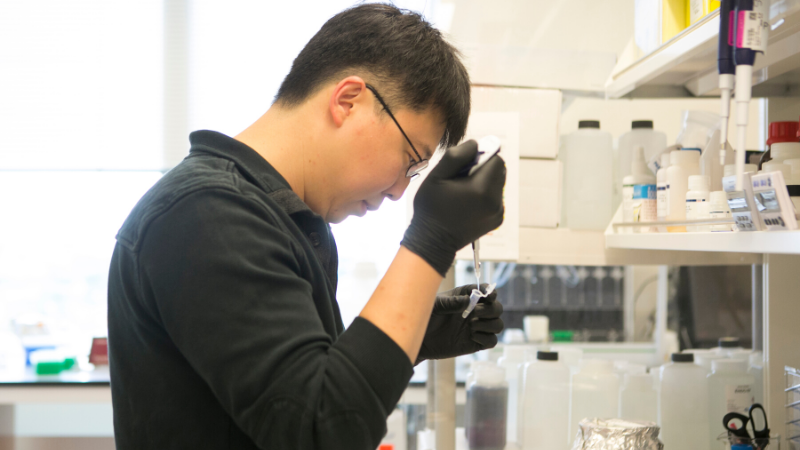 But all of the scientific information can be daunting to fully digest. It can be helpful to associate the content with our local Georgia community and our sneak peek screening on March 10 will offer the insight of several local experts in a lively roundtable discussion following the film. In partnership with the Atlanta Science Festival, we’ve invited representatives from the Emory Center for Ethics, the Emory University School of Medicine, and the Personal Genetics Education Project.

In anticipation of this discussion, we asked our panelists to share their thoughts on the show, including why every Georgian should tune in to The Gene. Panelist Dr. Barbara Zehnbauer was eager to share her thoughts with the GPB community. She currently serves as an Adjunct Professor at the Emory School of Medicine and has more than 30 years of experience directing medical genetics laboratories and leading laboratory quality initiatives. Here’s what she had to say: 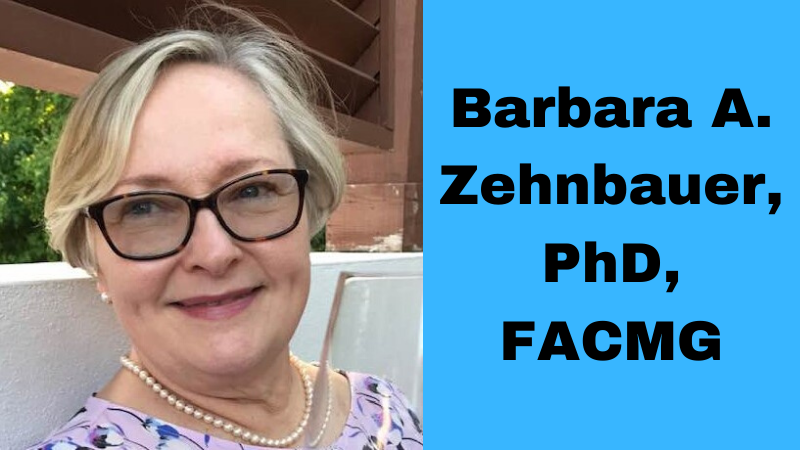 Georgia Public Broadcasting viewers may be interested in tuning in to Ken Burns’ new special The Gene: An Intimate History because it shows how understanding our genes can support better healthcare. The first episode features simple, historical summaries of how research discoveries over more than 150 years have led to our recognition that traits that are inherited or passed down through generations of plants, flies, mice, and people are carried in genes made of DNA located on chromosomes in cells. The genes have the code to make the proteins that do the work in the cells of all living things. The DNA substance is made of the same building blocks in all organisms, but it is assembled differently and makes different proteins in different organisms. The DNA of all people is mostly the same, but the proteins are combined in different patterns to give us unique features.

The individual patient stories explain how genes malfunction in rare conditions present at birth and how changes in genes later in life may cause cancer. Understanding the changes that lead to these conditions can help predict how severe the symptoms might become, whether other family members might also develop the condition, or how to pick the most effective treatments based on genetics of the patient. The genetic changes can serve as markers or signs of the disease progress or treatment success. 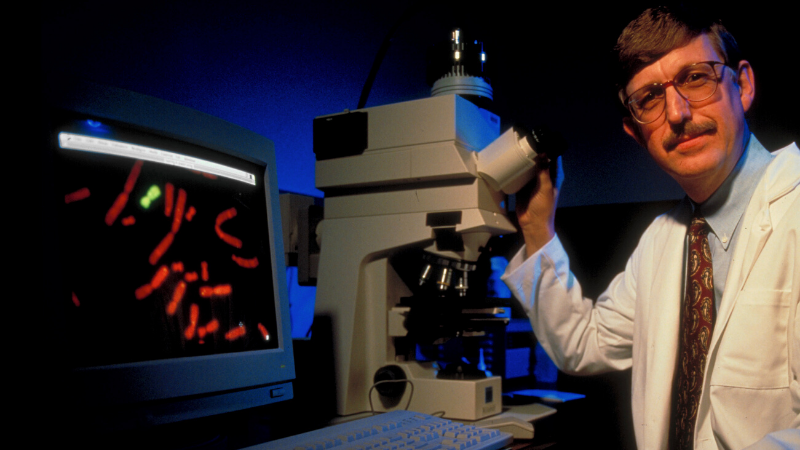 Francis Collins was the head of the Human Genome Project -- a publicly - funded, international effort to sequence all three billion letters of the human genome. Courtesy of Getty Images.

For some cancers, knowledge about the genetic changes in the cancer have guided the creation and use of therapies that eliminate only the cancer cells, sparing the normal cells. This approach is called precision medicine and usually has many fewer side effects than chemotherapy. In precision medicine therapies specifically target the abnormal proteins made in the tumor cells. The therapies do not alter the genes themselves – they do not change our DNA - but they seek out the abnormal proteins of the damaged genes and block the cancer cell function. Normal gene proteins are not affected by the precision therapy. Some of the treatments stimulate the patient’s own immune system to eliminate the cancer cells.

Advances in the science of genes and DNA have made these discoveries possible, there is still much we do not yet understand about the cause(s) of disease. With about 20,000 genes working in our bodies, diseases may be very complicated and may have different features in individual patients. While the DNA may be our genetic blueprint, it alone does not predict our destiny. Some chemicals (asbestos, arsenic, radiation), lifestyle practices (sun exposure, tobacco), and dietary habits (high fat, high sugar, high salt, meat preservatives) can interact with and damage our genes leading to disease or to increase our risk for disease. But understanding how these genes work may also be essential to treating common conditions such as heart disease, diabetes, and mental health treatments.

Watch an excerpt from "The Gene: An Intimate History"

Dr. Zehnbauer will join her fellow panelists at our free preview screening and discussion at Georgia Public Broadcasting on March 10, 2020. Tickets are still available to reserve in advance at our GPB Community website. The Gene: An Intimate History airs on Georgia Public Broadcasting in two parts on Tuesday, April 7 and Tuesday, April 14 at 8 p.m. 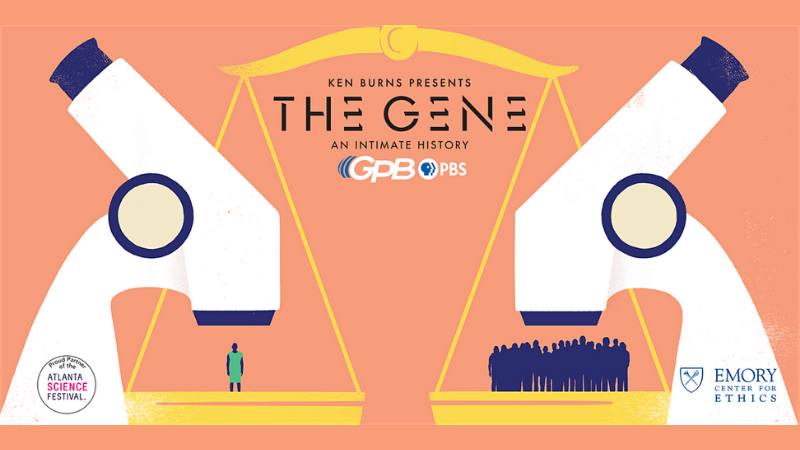