Fears of a snow emergency and Super Bowl woes made for a short, interesting week at the Capitol.  On Monday, Governor Brian Kemp announced that state offices would close on Tuesday in anticipation of a forecasted snow storm. Tuesday dawned to rainy skies, and no snow, but worries over the predicted weather emergency kept most senators away, and without a quorum, the Secretary of the Senate adjourned.  The House convened at 1:00 p.m. with 159 members and conducted business that included committee assignments, and committee meetings.

On Wednesday, both chambers resumed regular sessions, then adjourned until Tuesday, February 5 to avoid the traffic headaches expected as an anticipated one million people descend on the city of Atlanta for the Super Bowl.

Next week, the lawmakers will make up for lost time with a four-day week.  Among the bills expected to move through the House next week quickly include two dealing with rural broadband. Last week, the House Committee on Economic Development and Tourism unanimously voted to approve the legislation that would authorize telephone companies and Electric Membership Cooperatives (EMCs) to provide broadband.

END_OF_DOCUMENT_TOKEN_TO_BE_REPLACED 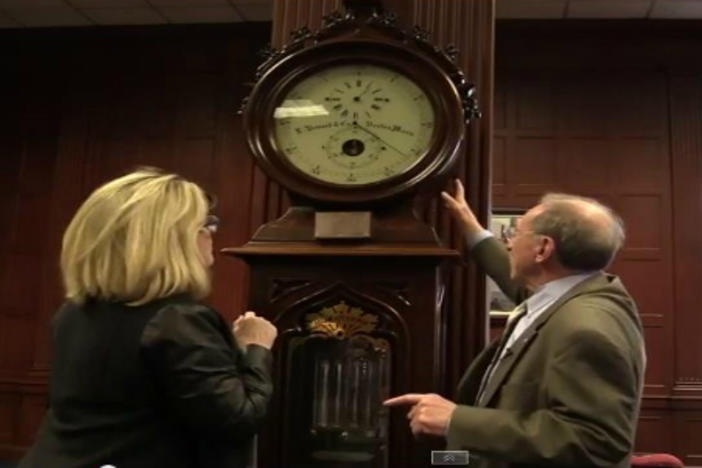 They say “time waits for no man.” Maybe it doesn't, but Georgia is home to a trove of timepieces that have clearly been waiting for a guy like State Representative Brooks Coleman to come along.