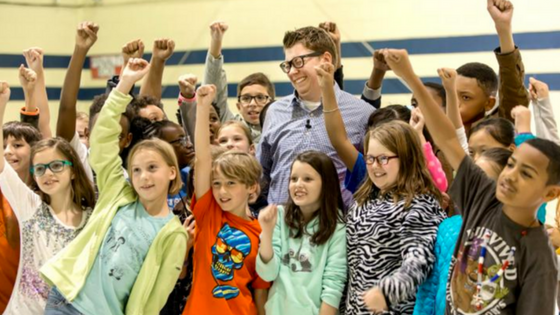 Double Churches Elementary School teacher Eric Crouch did a double take when he was surprised with a $25,000 Milken Educator Award during an all-school assembly. Crouch started teaching fifth grade at the school this year after having previously taught first-grade and served as first-grade level chair.

Milken Educator Awards Senior Vice President Dr. Jane Foley, First Lady Sandra Deal, Georgia State School Superintendent Richard Woods, and Muscogee County School District Superintendent Dr. David F. Lewis participated in the dramatic build-up to the announcement of the exciting news. Crouch is the only recipient of the Milken Educator Award for Georgia this year, and he is among up to 35 honorees who will receive the prestigious honor nationwide for 2016-17.

This season marks the 30th year of the Milken Educator Awards, hailed by Teacher magazine as the “Oscars of Teaching.”

“Eric Crouch creates an exciting classroom where students are motivated to reach their potential every day,” said Foley. “A technology superstar, Eric uses the latest tools to make learning engaging and connect with students’ families.”

Foley continued, “His classroom rule is ‘Make Mr. Crouch proud of you.’ On behalf of the Milken Family Foundation, we are proud of you, Mr. Crouch, and your potential to have an even greater impact on the teaching profession for generations to come.”

“The number-one factor in students’ success is a great teacher in the classroom, and Mr. Crouch exemplifies that,” Woods said. “He goes above and beyond in the classroom, creating a safe, fun, challenging and imaginative space for learning, and his students benefit as a result. I am so pleased he has been recognized with the prestigious Milken Educator Award.”

In his classroom, dubbed the “ManCave,” Crouch pushes students to strive for excellence. When he taught first grade, his students read and passed comprehension tests to meet their daily goals. Crouch handed out medals—and then stretched the goal for the next day. In his first-grade classroom, he rang a cowbell and shouted out students’ accomplishments, which built peer excitement and offered recognition for student achievement. Now, he has students slam-dunk balls into a trash can when they meet their goals. When the can is filled, the class has a large celebration to mark reaching their collective goals. For example, in literacy, Crouch’s first-grade students read more than 35 million words and checked out nearly 50,000 books. Crouch continues to instill a passion for reading among his fifth-grade students. In just nine weeks, they have read six million words—and counting.

During his five-year tenure in teaching, Crouch has already developed a solid track record of helping his students progress.  According to anecdotal data, in 2014-15, 100% of Crouch’s first-grade students met or exceeded goals in reading, writing, mathematics, science and social studies. Many students at the high-need school, which serves primarily military families and sees high rates of transition in the classroom, read above grade level.

In the fifth grade, Crouch is preparing his students for the rigor of the state standards by working them towards answering questions critically, thoughtfully, and learning curriculum in creative ways. He is allowing his students to see connections across the curriculum by integrating social studies with reading and science. In the nine-week period guiding his class, he has already seen significant improvements in performance. When he started teaching the fifth grade, 13 students were below-tier level; that number has decreased to five, with progress still underway.

Crouch is a strong advocate for technology in the classroom and uses it both for learning and to build bridges with families. He gathers formative assessment results daily and informs parents of their children’s progress via email, text, newsletters, FaceTime and social media. Students use iPads to scan QR codes that lead them to classroom assignments. Colleagues say Crouch is always working to help students “get it” and motivate hard-to-reach students.

Determined to bring 21st-century technology into his classroom, Crouch has funded more than 50 projects through DonorsChoose.org, a crowdfunding website through which public school teachers solicit donations from corporations and individuals. Target, News Corp and ESPN are among the companies that have helped Crouch buy photographic equipment, standing desks, iPads and a 3-D printer for his young students. Recognized as among the site’s most successful fundraisers, Crouch and his class were featured on a DonorsChoose.org billboard ad in Times Square. Crouch has shared his fundraising expertise with his colleagues, coaching them as they submit their own requests through the site.

An avid carpenter, Crouch built an indoor stage, bookshelves, and a wooden boat for his classroom; he filled the boat with pillows and handmade wooden tables to give students a fun place to read and talk about books. Hand-painted stars and constellations cover the ceiling above the stage. 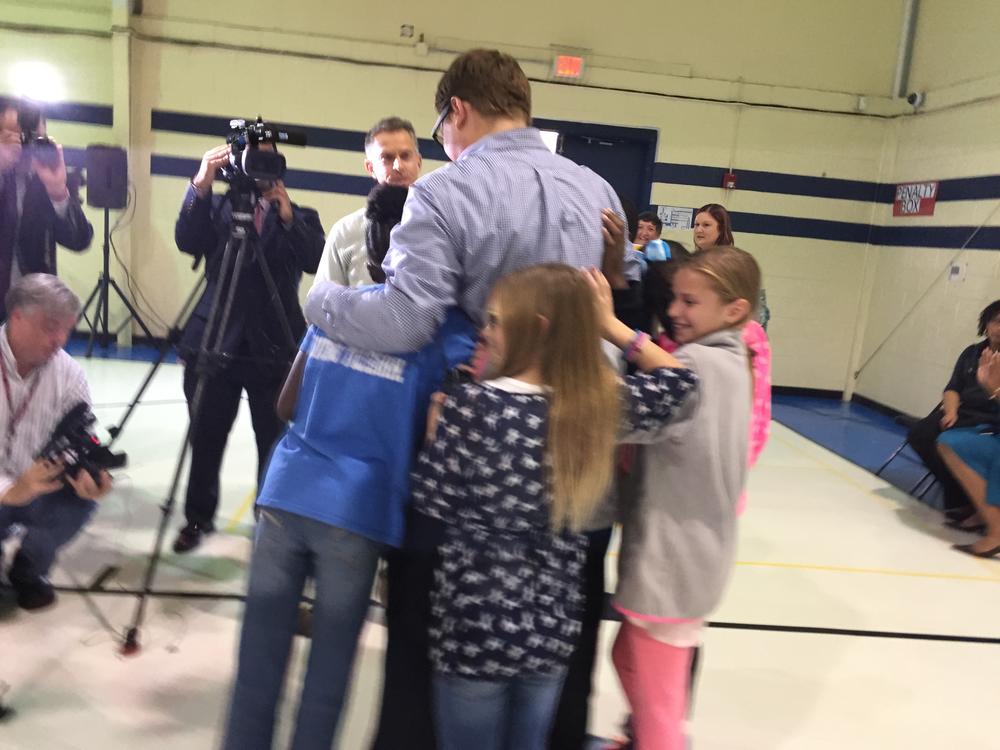 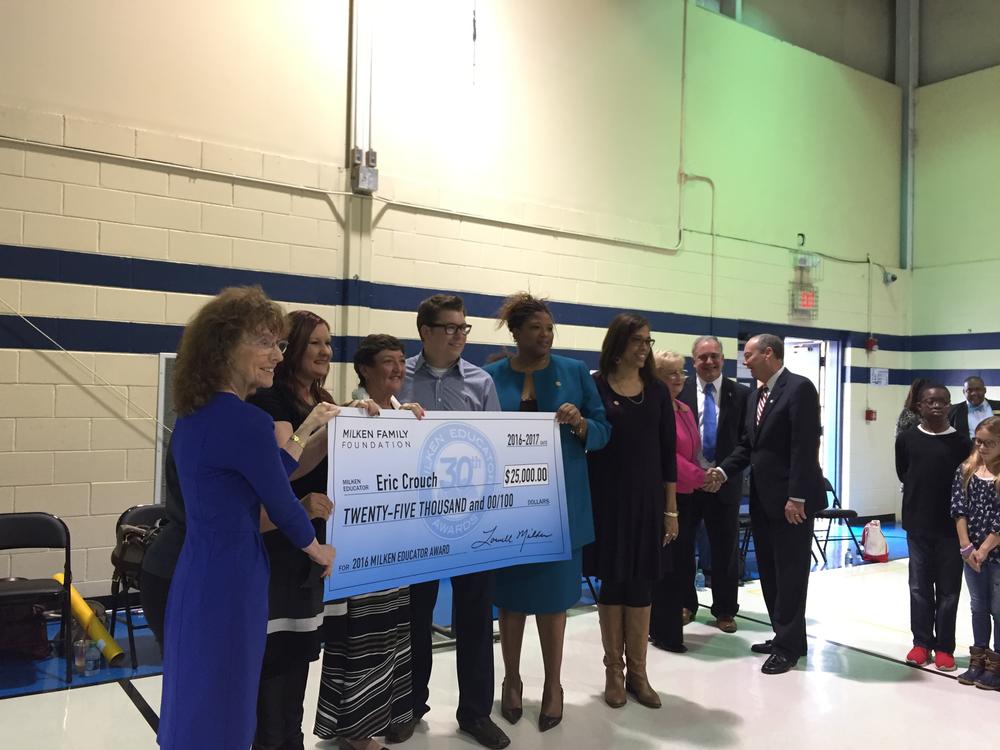 More information about Crouch, plus links to photos and a video from today’s assembly, can be found on the Milken Educator Awards website.

Milken Educators are selected in early to mid-career for what they have achieved and for the promise of what they will accomplish. In addition to the $25,000 prize and public recognition, Crouch’s honor includes membership in the National Milken Educator Network, a group of more than 2,700 top principals, teachers and specialists dedicated to strengthening education.

In addition to participation in the Milken Educator Network, 2016-17 recipients will attend a Milken Educator Forum this spring in New Orleans. Educators will have the opportunity to network with their new colleagues and hear from state and federal officials about the importance of maximizing their leadership roles to advance educator effectiveness.

More than $138 million in funding, including $68 million in individual $25,000 awards, has been devoted to the overall Awards program, which includes powerful professional development opportunities throughout recipients’ careers. Many have gone on to earn advanced degrees and be placed in prominent posts and on state and national education committees. The Awards alternate yearly between elementary and secondary educators. Unlike most teacher recognition programs, the Milken Educator Awards has no formal nomination or application process. Candidates are sourced through a confidential selection process and then reviewed by blue ribbon panels appointed by state departments of education. Those most exceptional are recommended for the Award, with final approval by the Milken Family Foundation.

Past recipients have used their Awards to fund their children’s education or their own continuing education. Others have financed dream field trips, established scholarships and even funded the adoption of children.

About the Milken Educator Awards

The Milken Educator Awards, created by the Milken Family Foundation, is in its 30th year. The Awards provide public recognition and individual financial rewards of $25,000 to elementary and secondary school teachers, principals and specialists from around the country who are furthering excellence in education. Recipients are heralded in early to mid-career for what they have achieved and for the promise of what they will accomplish.

END_OF_DOCUMENT_TOKEN_TO_BE_REPLACED 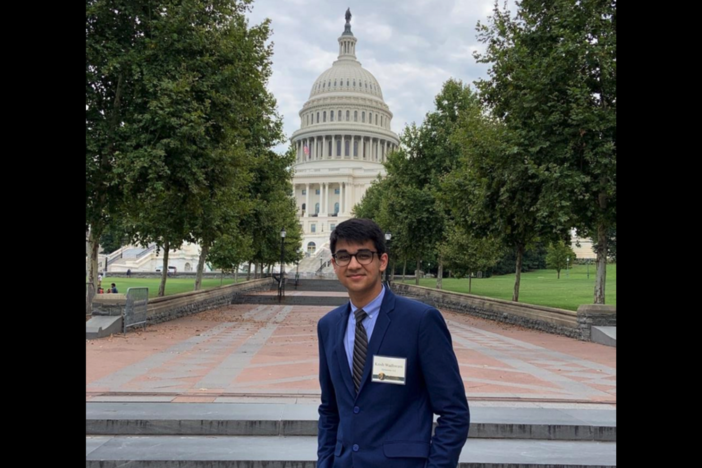 Krish Wadhwani, of Alpharetta, Ga., is the founder of a multi-purpose medical non-profit, a medical researcher and scientist, and recipient of numerous prestigious awards. And he's only a senior in high school. 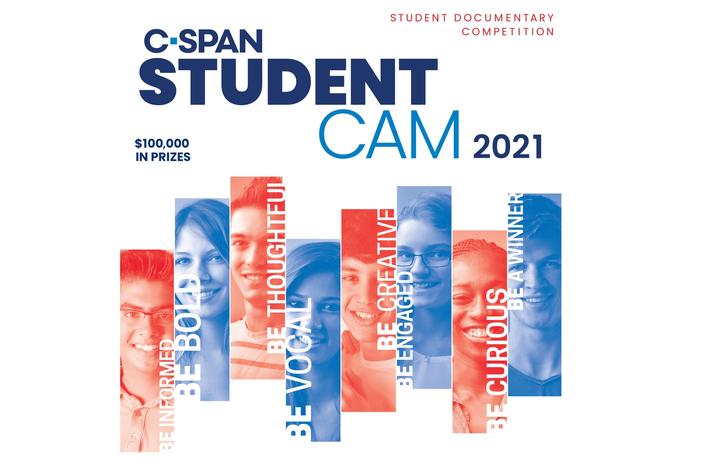 C-SPAN's StudentCam competition returns for its 18th year engaging students across the country in a project-based learning experience. This year's theme — “How does the federal government impact your life?” — asks students to explore a federal policy or program and evaluate its effectiveness from multiple perspectives. C-SPAN and its cable and satellite television partners invite middle and high school students to enter the documentary contest, which awards $100,000 in cash prizes.