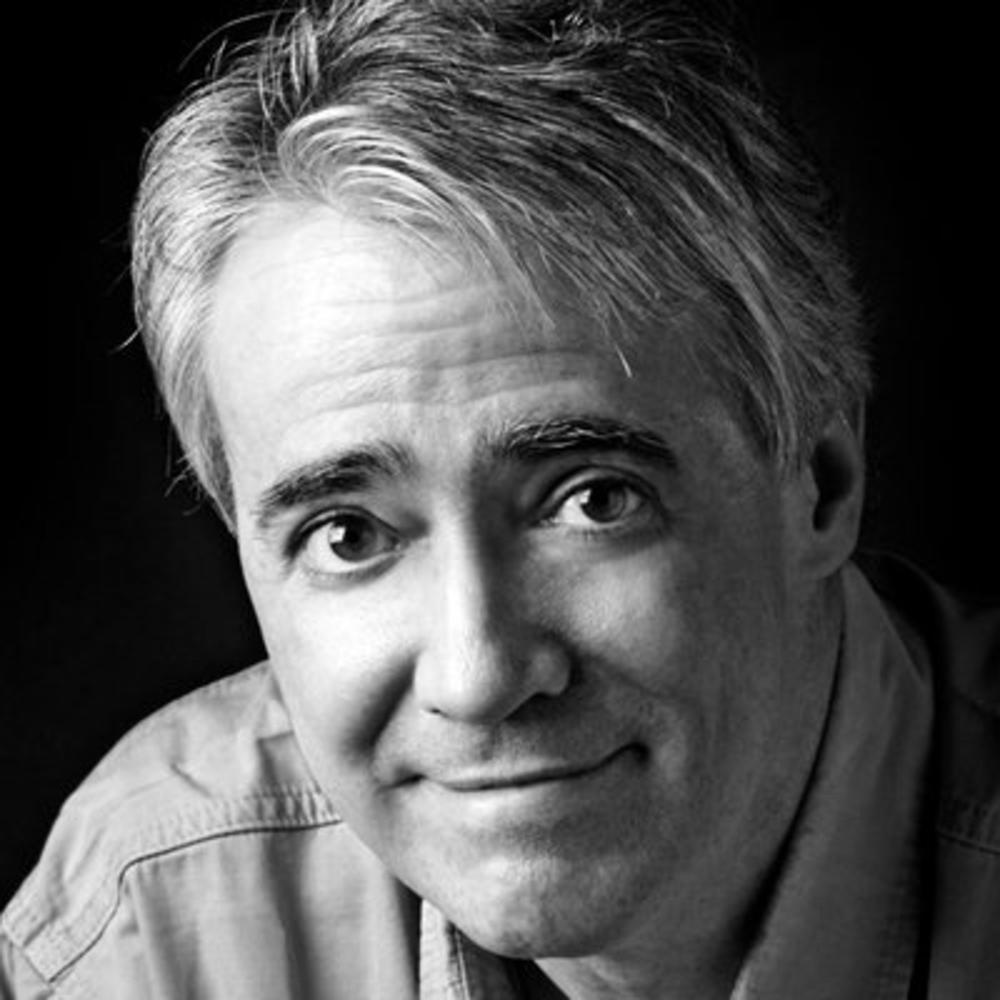 Scott Simon is one of America's most admired writers and broadcasters. He is the host of Weekend Edition Saturday and is one of the hosts of NPR's morning news podcast Up First. He has reported from all fifty states, five continents, and ten wars, from El Salvador to Sarajevo to Afghanistan and Iraq. His books have chronicled character and characters, in war and peace, sports and art, tragedy and comedy.

Weekend Edition Saturday has been called by the Washington Post, "the most literate, witty, moving, and just plain interesting news show on any dial," and by Brett Martin of Time Out New York, "the most eclectic, intelligent two hours of broadcasting on the airwaves." Simon has won every major award in broadcasting, including the Peabody, the Emmy, the Columbia-DuPont, the Ohio State Award, the Robert F. Kennedy Journalism Award, and the Sidney Hillman Award. He received the Presidential End Hunger Award for his coverage of the Ethiopian civil war and famine, and a special citation from the Peabody Awards for his weekly essays, which were cited as "consistently thoughtful, graceful, and challenging." He has also received the Barry M. Goldwater Award from the Human Rights Fund. Recently, he was awarded the Studs Terkel Award.

Simon has hosted many television specials, including the PBS's "State of Mind," "Voices of Vision," and "Need to Know." "The Paterson Project" won a national Emmy, as did his two-hour special from the Rio Earth Summit meeting. He co-anchored PBS's "Millennium 2000" coverage in concert with the BBC, and has co-hosted the televised Columbia-DuPont Awards. He also became familiar to viewers in Great Britain as host of the continuing BBC series, "Eyewitness," and a special on the White House press corps. He has appeared as a guest and commentator on all major networks, including BBC, NBC, CNN, and ESPN.

Simon has contributed articles to The New York Times, The Los Angeles Times, The New York Times Book Review, The Wall Street Journal, The Sunday Times of London, The Guardian, and Gourmet among other publications, and won a James Beard Award for his story, "Conflict Cuisine" in Gourmet. He has received numerous honorary degrees.

Sports Illustrated called his book Home and Away: Memoir of a Fan "extraordinary...uniformly superb...a memoir of such breadth and reach that it compares favorably with Fredrick Exley's A Fan's Notes." It was at the top of several non-fiction bestseller lists. His book, and Jackie Robinson and the Integration of Baseball, was Barnes and Noble's Sports Book of the Year. His novel, Pretty Birds, the story of two teenage girls in Sarajevo during the siege, received rave reviews, with Scott Turow calling it, "the most auspicious fiction debut by a journalist of note since Tom Wolfe's. . . always gripping, always tender, and often painfully funny. It is a marvel of technical finesse, close observation, and a perfectly pitched heart." Windy City, Simon's second novel, is a political comedy set in the Chicago City Council. Baby, We Were Meant for Each Other, an essay about the joys of adoption, was published in August 2010.

Simon's tweets to his 1.25 million Twitter followers from his mother's bedside in the summer of 2013 gathered major media attention around the world. They inspired his New York Times bestseller book Unforgettable: A Son, a Mother, and the Lessons of a Lifetime. Laura Hillenbrand, the author of Unbroken and Seabiscuit, called the book "poignant, funny, intimate, and unforgettable." Scott Turow called it "a treasure. It is as poignant and tender and wise as Tuesdays with Morrie, with the added virtues of being unflinching and, quite often, very funny." Laurie Halse Anderson just called the book, "Amazing. Breathtaking. Affirming. This book will change lives, restore hopes to the brokenhearted, and remind the rest of us what is truly important." Carlos Lozado of The Washington Post called it, in a rave review, "a book that easily matches its title."

Simon also wrote the book Just Getting Started with Tony Bennett. His latest books is My Cubs: A Love Story about his lifelong fandom of the Chicago Cubs, and their historic World Series victory.

Simon is a native of Chicago and the son of comedian Ernie Simon and Patricia Lyons Simon. He is married to Caroline Richard Simon, and their daughters are Elise and Paulina. His hobbies are books, theater, ballet, British comedy, Mexican cooking, and "bleeding for the Chicago Cubs." He has thrown out the first pitch at Wrigley Field (low and outside) and appeared as Mother Ginger in the Ballet Austin production of The Nutcracker. Scott received the Order of Lincoln from the State of Illinois in 2016, the state's highest honor. He adds, "If you prick me, I'll bleed Chicago Cubs blue."