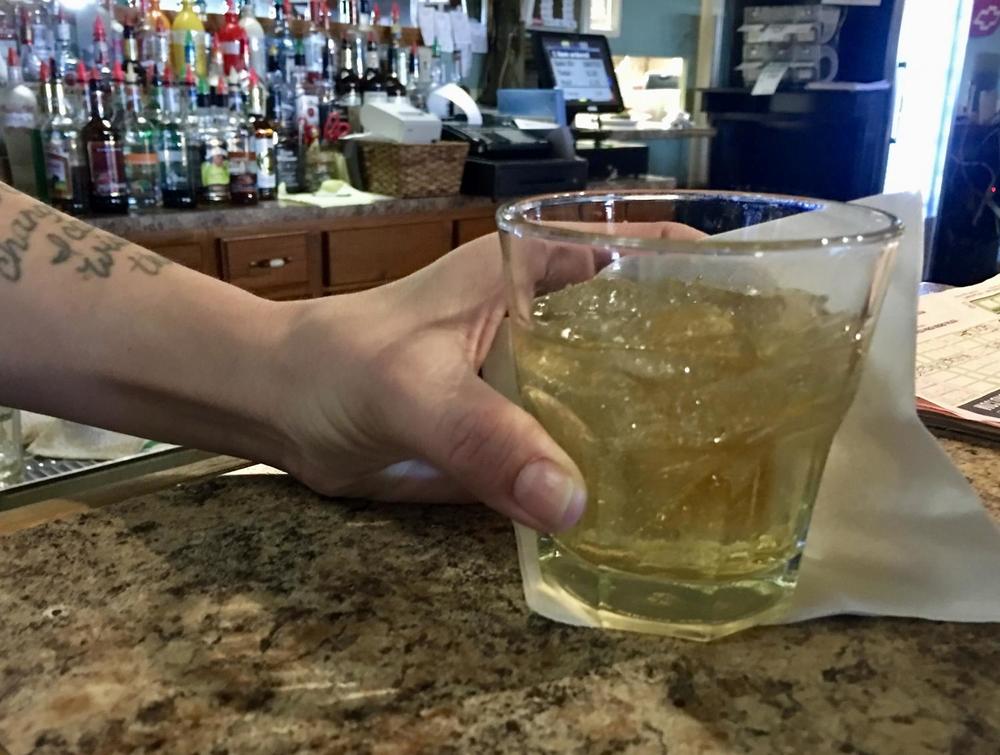 Caption
Bartender Valeri Herring puts down a drink at the bar of 20s Pub on Riverside Drive. Herring recently applied to renew the bar's alcohol license but many others in Macon-Bibb County have yet to apply

More than 100 Macon businesses are in jeopardy of losing their alcohol licenses as of Jan. 1 unless the law is changed.

The Macon-Bibb County Commission amended the alcohol code last year and set the license expiration date as Dec. 31 to align with the Georgia Department of Revenue.

Applicants can apply as early as Sept. 1, but as of Dec. 6, only 270 of the approximate 400 establishments who sell alcohol in containers or by the drink have applied for renewal, said Bibb County Commissioner Virgil Watkins. That means about a third of the county’s businesses might not be able to serve or sell after the clock strikes midnight on New Year’s Eve.

The 2018 change in the code also eliminated the grace period of up to 90 days that would allow businesses to continue to sell alcohol before the license is pulled.

“The penalty will be harsh if we don’t have that grace period,” Commissioner Virgil Watkins told his colleagues during Tuesday morning’s slate of meetings.

If business owners miss the renewal deadline, they must apply for a new license and go through all the first-time requirements such as background checks, fingerprinting and getting approval from a Macon-Bibb County engineer that the business is far enough away from restricted properties – for example, the law dictates liquor stores must be at least 1,500 feet apart.

The alcohol agent for 20s Pub on Riverside Drive, Valeri Herring, got one of the reminders.

“They sent out the notices two days before it was due,” Herring said.

Those seeking alcohol licenses are encouraged to apply before Nov. 1 to allow for processing.

Herring said she applied for a renewal about a week ago.

Pub manager Sharon Cochran said her fees also increased which adds to the normal stress of running a business.

Cochran said: “Everything about it was strange this year, the way (Valeri) and I received notices at our house.”

Commissioner Mallory Jones said he knows of “reputable people” who say they didn’t get a notice.

Shinholster said it can take four to six weeks to process renewals and the majority of that time the application is being vetted by the Bibb County Sheriff’s Office.

Because of that timeframe, all applicants who apply by Nov. 1 to renew will be allowed to continue to serve or sell alcohol until the renewal is processed, according to last year’s ordinance.

“After Nov. 1, there’s no guarantee,” said Assistant County Attorney Michael McNeill. “If it expires… you have to fully apply again with background checks.”

Although two public hearings were held last year before the code was changed, Commissioner Watkins fears the revision may have escaped many business owners. He is asking the commission to enact a one-time grace period to cover those people who don’t realize the normal extension was eliminated.

“A third (of businesses) is just too many to ignore,” Watkins said.

At its final meeting of the year on Dec. 17, the commission is scheduled to vote on whether to extend the renewal deadline until Jan. 31, 2020.

Under the pending ordinance that only applies to this year, if a business submits a fully completed renewal application and pays all the fees by the end of January, it can continue to sell alcohol until the that renewal is processed.