How Important Is The Health Of Presidential Candidates? 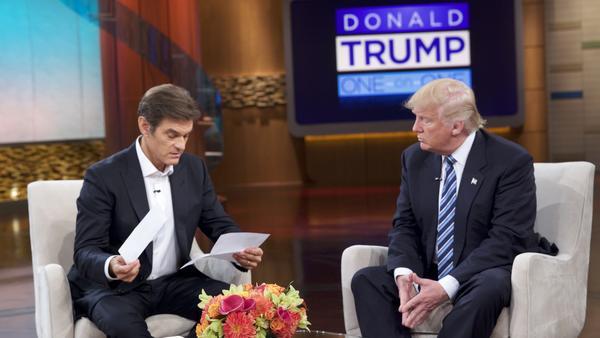 Today on “Political Rewind,” after Donald Trump’s appearance on "The Dr. Oz Show," many are left wondering if we learned anything of value this week. Does it really matter whether the president is all that healthy?

In local politics, we discuss how outside money  is influencing a Henry County district attorney election. Republican Matt McCord decided to exit the race after Democratic mega-donor George Soros began to fund a political action committee that supports Darius Patillo, McCord's Democratic opponent. Are interventions by donors in the democratic process legitimate?

We will continue to discuss the important topic of trade as Atlanta Mayor Kasim Reed heads off to Washington, D.C. to take part in a roundtable supporting the Trans-Pacific Partnership. What is the history of the debate behind trade and how has that shaped the discussions and platforms that the major parties and presidential candidates have adopted? How will Reed help President Obama's agenda with this trip to the White House?

Is a vote for a third party a waste or do people vote for third party candidates with the hope of shaping policy and campaign agendas? We talk about how the rise of third party support might make a difference in presidential elections to come.

And we discuss the evolution of "safe spaces." Are safe spaces and trigger warnings important to have on college campuses? Should a university be a totally free market of ideas, or do schools have a responsibility to regulate that market? Is it important to expose students to free speech in an unfiltered way or do we need to shelter college students today?