How Are Partisan Battles In Washington Affecting Georgia? 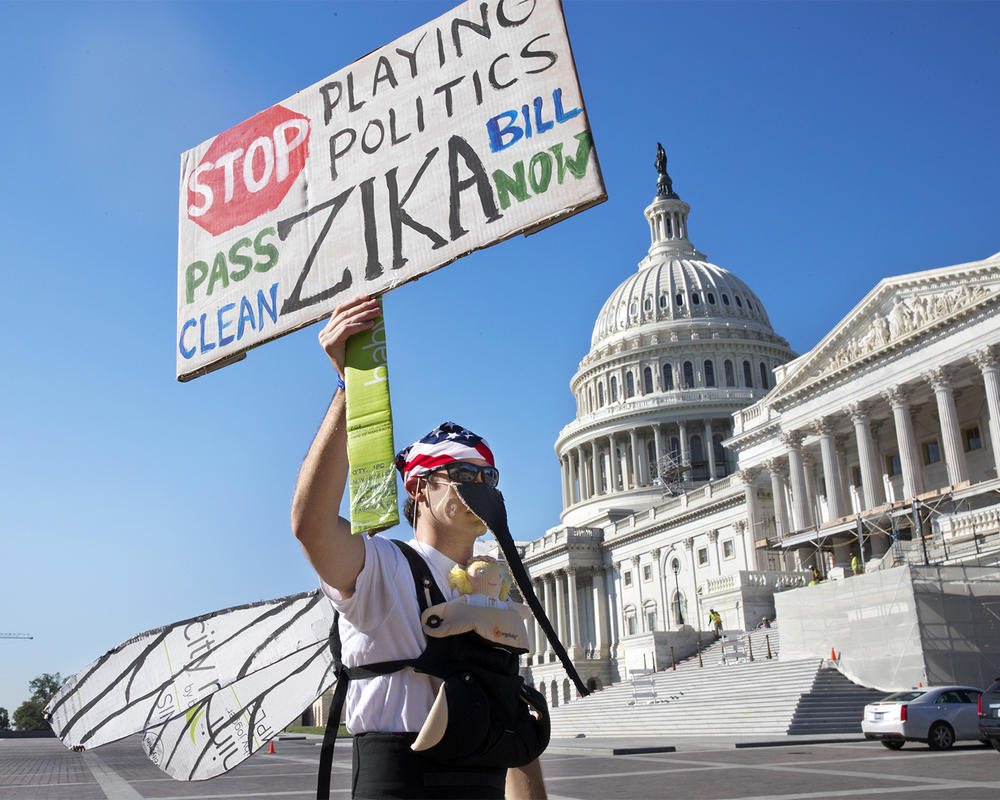 Caption
Wearing a homemade mosquito costume, an expectant father from Washington who asked not to be named, protests the lack of Congressional approval to fund a federal response to the Zika virus, Wednesday, Sept. 14, 2016, on Capitol Hill in Washington.

Today on "Political Rewind," we discuss how the current happenings on Capitol Hill are going to affect Georgia. What does the Peach State have to win or lose as partisan battles continue to tie up the federal budget and the passing of Zika funding?

Our panel also discusses the recent controversy in Newton County. Some residents of Newton County, as well as members of a militia group known as Georgia Security Force III%, continue to express their opposition to the proposed construction of a new Muslim burial ground and mosque in Newton County.

Trade and personal health have emerged as top issues in this year’s presidential campaign. What are the candidates saying about the Trans-Pacific Partnership and how does this influence business and trade in Georgia? And how are we discussing the health and medical records of the presidential candidates? Are both candidates being held to the same standard or is there bias involved?

The panel also takes a look at some of the proposed constitutional amendments that will be on the Georgia ballot in November. The proposal to intervene in failing local schools and establish state-controlled “Opportunity School Districts” has been met with strong opposition. Is this education plan putting too much power into the hand of bureaucrats or is it time for the state to step in?