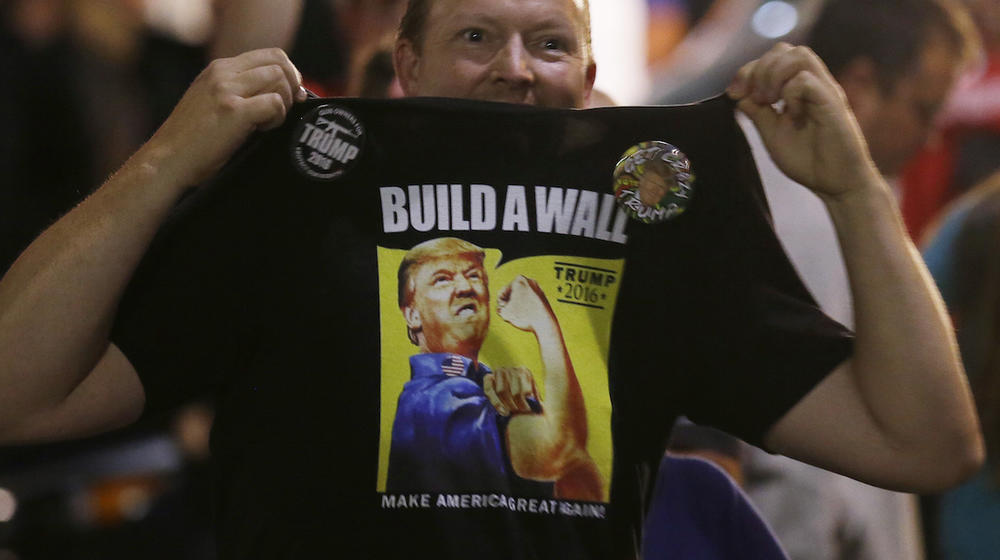 Caption
A supporter of Republican presidential candidate Donald Trump holds up his shirt, which bears the Trump slogan "Build a Wall," following a rally for Trump, Tuesday, Aug. 30, 2016, in Everett, Wash.

Today on "Political Rewind," we begin by discussing the recent travel plans of the Trump campaign. Trump heads to Mexico to meet with President Peña Nieto ahead of the GOP candidate’s long-awaited immigration speech.

Mike Pence stumped through Georgia revving up support for the Republican ticket with public appearances in Perry, Cobb County, and Dalton as well as a private fundraising event in Atlanta Monday evening.

Republican Senators John McCain and Marco Rubio both came out of their primaries with decisive victories in two closely watched elections. Debbie Wasserman Schultz, the former Chairwoman of the Democratic National Committee, was able to defeat her opponent despite criticisms surrounding her role in an email scandal uncovered after the primary. Her opponent, Tim Canova, had been endorsed by Bernie Sanders.

Georgia Secretary of State Brian Kemp accuses the Obama administration – and the news media – of overplaying concerns about the hacking of voting machines. What does this mean for Georgia voters and the cyber-safety of the ballot box in November?