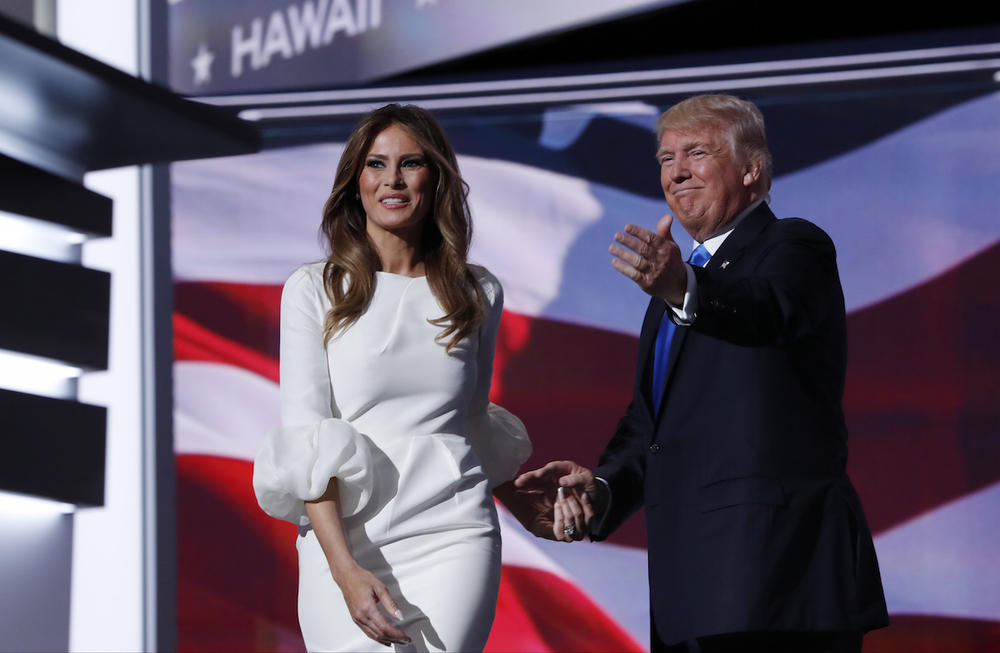 Caption
Melania Trump, wife of Republican Presidential Candidate Donald Trump walks to the stage as Donald Trump introduces her during the opening day of the Republican National Convention in Cleveland, Monday, July 18, 2016.

On today’s special Republican National Convention edition, we look at the growing controversy over Melania Trump’s speech. It seems clear that passages from the address were lifted from a speech that Michelle Obama gave at the 2008 Democratic convention. Should this matter to voters? What does it say about the organizational strength of the Trump campaign? Will it overshadow the messages that the GOP wants to get out this week?

Then, we look at the other speakers who were spotlighted last night: Patricia Smith, whose son was murdered in the Benghazi attack, told the convention she blamed Hillary Clinton personally for her son’s death. Did Republicans overplay the doom and gloom messaging last night, and did they blame Clinton for actions that voters are not likely to hold her accountable for?

Plus, the stop Trump movement caused a stir on the floor of the convention as they were shut down completely by the chair. Where will their anger surface next?