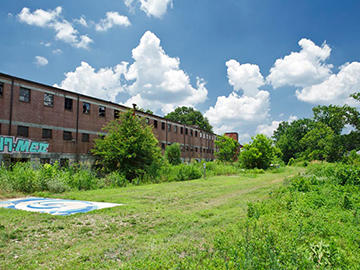 The three-mile stretch joins what’s expected to be thirty-three miles of multi-use trails on a former rail line encircling the city. It will connect Washington Park in the north to Adair Park in the south.

“For all of those who have raised issues of equity and asked whether this was going to be something that was for everybody - today, we’re making a forty three million dollar investment in that promise,” said Reed.

A trail on the east side of Atlanta has attracted a wealth of development.

The east side path is often packed with pedestrians, bikers and dogs.

Stakeholders on the west side of the city anticipate an energetic response as well, but they hope the area maintains its identity and connection to African-American history in Atlanta.