All Quiet, One Year After Macon Kroger Shooting 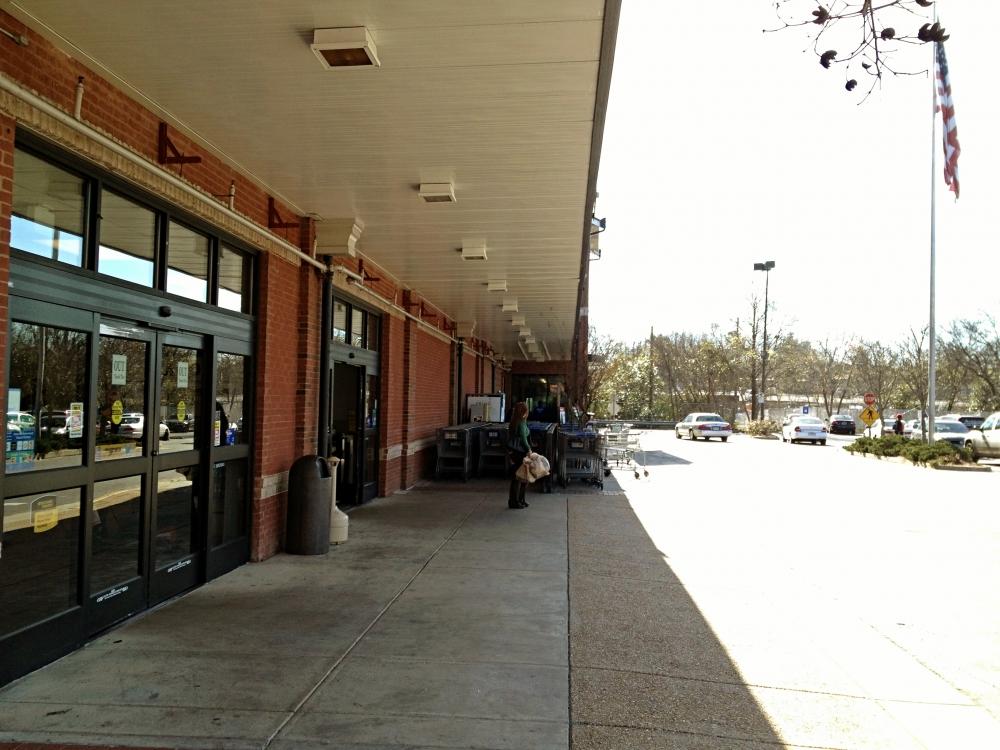 On this Friday before Christmas, people will no doubt duck out of work early to get in some holiday shopping, perhaps hitting up the grocery store for festive provisions.

This is the very scene that was disrupted—violently—the Friday before last Christmas.

A 49-year-old Macon man named Sammie Davis Jr. was shot multiple times and killed by a Macon police officer in front of the Kroger on Pio Nono Avenue.

I’m not proud of this, but my first reaction wasn’t “oh, how horrible.” It was, “Really? Sammie Davis Jr.?”

In the days ahead my fingers would freeze every time they had to type the dead man’s name into a newscast. I’d wonder, “Is there a way I can write this name that won’t distract people?”

I tried leaving off the “Jr.” and thought about going with “Sam Davis,” but really, nobody called him that. Not many people called him Sammie either, it turned out. Everybody knew him as “Junebug.”

And the more I thought about it, I realized that I knew him too.

That Kroger is, after all, my Kroger. My wife and I bought a house around the corner when we moved to Macon last summer. Almost every time we went in the store, one of us ended up in conversation with the guys on the benches out front.

It was always a friendly bunch – sure, they’d ask us for money, but they usually seemed more interested in chatting about our bicycles. Not a lot of people ride bikes in Midtown.

Surely I chatted with Junebug. A big guy with a history of mental illness, bench time in front of the Kroger was on his daily to-do list.

On bad days his panhandling could get pushy, as the police record now shows. But a year ago, we didn’t know any of that. We only knew that a white police officer had shot and killed an unarmed black man in front of a busy grocery store at Christmastime.

Speaking to reporters in the Kroger parking lot, police spokesperson Jami Gaudet said only that “a Precinct Three patrol officer attempted to serve a warrant, a struggle ensued, shots were fired, and we’re investigating.”

Except, then we got a press release saying that actually there was no warrant. After that, MPD went into informational lockdown.

I can’t speak for other reporters in town, but I can tell you this was the thing that made me suspicious. An officer shot a man for no known reason. There was a warrant—but whoops!—there wasn’t.

Had he lied? Officer Clayton Sutton did have lots of complaints of excessive force in his record, but then again, that’s something of an occupational hazard in urban policing.

The 29-year-old officer was an Iraq and Afghanistan war veteran. I figured maybe he’s traumatized and walks around on a hair trigger.

As the investigation dragged on, all our imaginations were allowed to run wild. The official radio silence was on the order of Mayor Robert Reichert himself.

When election season heated up a few months later, Reichert told the Telegraph’s editorial board he’d do it all over again.

“I think I would try to be a little more forthcoming about where we are in the process and how the process is playing out, and be willing to answer questions about the process, although not about the investigation itself,” Reichert said.

Though off-the-record, sources within the police department say it was a mistake to not release the most basic details early on, including the fact that Officer Sutton had been summoned to that Kroger by a 911 call.

“There’s a guy sitting out front, walking, following me to my car and asking me for money,” said 84-year-old Vivian Marable in the 911 recording later released by the Bibb County District Attorney. “It’s a big, uh, big black guy.”

There was no warrant for Sammie Davis Jr., but Sutton had taken out an earlier warrant for a different Davis at the same location and got confused.

Ultimately, why did the man with the badge shoot the man on the bench? A few hours after the shots were fired, Sutton told investigators that Davis suddenly became agitated, lunged at him, and scratched deeply into the young officer’s neck, as photos would later prove.

“I knew something was cutting me,” Sutton said in interrogation video also released by the D.A. “I was just scared.”

With the anniversary of this sad episode now upon us — and with eerie timing — U.S. Attorney Michael Moore announced this week he will not pursue any federal civil rights charges against Sutton. Barring a civil suit from the Davis family, it’s all over.

There is an interesting line in the federal prosecutor’s statement. He writes that he’s spoken to local law enforcement about the case, and about “policies which can be implemented and which will most assuredly encourage public confidence in investigations like this one.”

I think that means, “Do a better job communicating next time.” Apart from that recommendation, not much is different one year later.

There were no race riots, as some had feared. Robert Reichert won reelection. Clayton Sutton is still with the force, though he’s riding a desk in a different precinct.

Of course, the man known to his friends and family as Junebug is gone, and so are the benches in front of the Kroger. They vanished days after his death.

A year later, there’s still no place to sit, and nobody does.