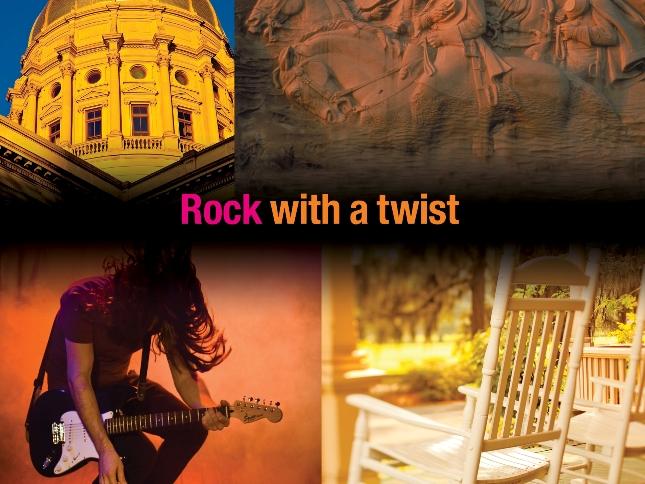 Flip through Southern Living or Family Circle magazine and you’re likely to come across one of the state’s new ads touting Georgia’s tourist attractions.

They’re part of a new campaign emphasizing the state’s modern attractions. The Georgia Department of Economic Development is calling the campaign “The South with a Twist.” And it’s targeting women, because research shows they typically make the travel decisions for their families.

The campaign highlights modern offerings like farm-to-table restaurants, boutique hotels and outdoor adventures like zip-lining, said Kevin Langston, the department’s deputy commissioner for tourism. That comes from talking to vacationers over the last year.

“They told us when they came to Georgia, they were expecting the traditional southern experience: the great southern food, southern hospitality, Civil War sites and all the great history,” Langston said. “But when they got here, what really surprised them and delighted them were the modern twists.”

Langston said the campaign also focuses on nearby visitors.

“Folks are vacationing a little differently than they did, say, 10 years ago. We have found that folks aren’t driving as far so we’ve pulled in our marketing to surrounding states and about a 300-mile radius of the state,” he said.

The ads highlight specific attractions like the Tybee Island Lighthouse, Stone Mountain and the Rock Ranch near Thomaston. They also point visitors to romantic getaways, outdoor activities and festivals.

State figures show tourism is a $45 billion industry. The campaign will last about three years.