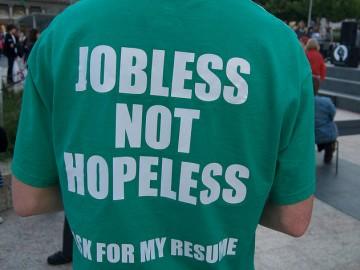 As the nation's jobless rate declined to its lowest level in two-and-a-half years, Georgia continues to lead the nation in job losses.

Georgia is one of only five states with year-over-year employment loss.

However, numbers from the Bureau of Labor Statistics show, only Georgia lost enough jobs to make the figures statistically significant.

The state lost 33,000 jobs, despite 21 months of job gains nationally.

"Our recession was primarily led by loss of the housing industry, which affected construction and retail jobs," Hall says. "Plus, as the financial industries were hit hard as a result of that, Georgia has been especially so."

A University of Georgia forecast suggests it could be another eight years before the state recovers the 300,000 jobs it lost in the Recession.

"We just got so hard hit that it's taking us longer to recover than some other parts of the nation," Hall says.

The state unemployment rate has exceeded the national one now for 51 months.