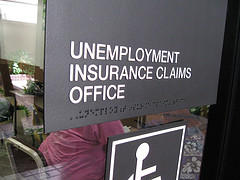 A new bill would require unemployed Georgians to volunteer at non-profit organizations or risk losing jobless benefits. But that likely violates federal law.

Under the bill, anyone receiving unemployment benefits would have to volunteer for 24 hours a week.

The non-profit organizations would be responsible for logging volunteers’ hours with the state Department of Labor.

Sen. John Albers, a Roswell Republican, says he proposed the bill because he volunteers at his church’s job ministry. He says he doesn’t want to punish the jobless but rather inspire them.

“Having the need to get up and shower and get dressed and go meet people and learn new skills and get new references is a very powerful thing to get people motivated and excited and it helps them in their job search,” he said in an interview.

Employment law experts, however, say the bill would impose conditions on the unemployed that don’t relate to the reason they’re out of work. And federal unemployment law doesn’t permit that.

Georgia Wentworth is with the National Employment Law Project.

“What the federal law basically says is, states cannot impose additional criteria that have no reasonable relationship to the fact of their unemployment,” he said.

Albers disagrees, saying the federal statute gives some room for interpretation on this point.

But Wentworth says a Florida lawmaker proposed a similar law last year, and the U.S. Department of Labor blocked it.