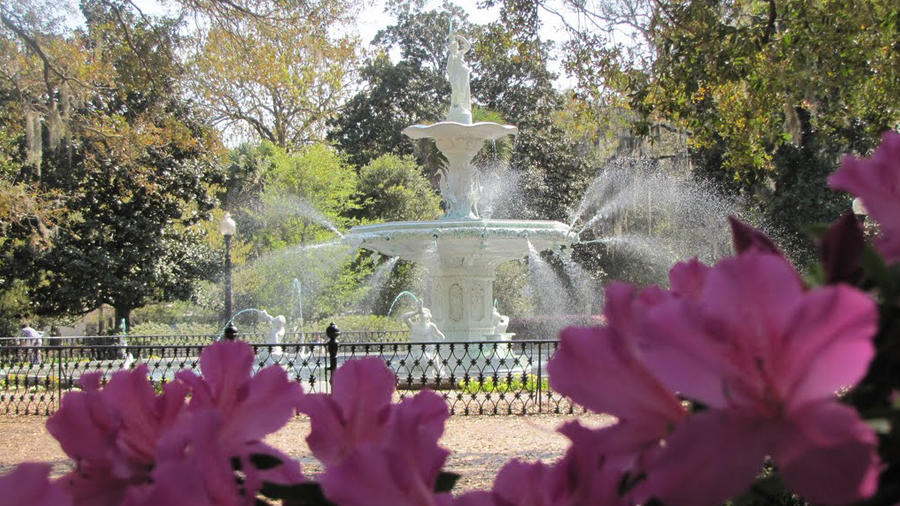 The flowers are already blooming in Savannah’s Forsyth Park. Chances are you know the park for its fountain, farmers market, fields, playgrounds and events that happen there – but do you know where it got its name?

“The first Georgian to serve as Secretary of State was a man named John Forsyth,” explained Stan Deaton, senior historian for the Georgia Historical Society. “He was born in 1780. He graduated from Princeton in 1799 and then he moved to Augusta and became a lawyer. He became active in state politics, he first became Attorney General of Georgia. That started his political career.”

“He was elected to congress first, then he was elected to the U.S. Senate,” Deaton continued. “He was appointed Minister to Spain by President Monroe. There he negotiated the treaty to annex Florida, so he was very prominent in bringing Florida into the Union. He served two terms as Georgia Governor and then was re-elected to the Senate where he backed Andrew Jackson who of course was up against the Nullificationists in South Carolina over the tariff. He was rewarded by being appointed Secretary of State. He served until 1841. He was planning to come back to Georgia and serve in the Senate but he died very unexpectedly in Washington, D.C. where he is buried in the Congressional Cemetery. “

“Those people who live in Savannah know his name well because they run, walk and play in the park that is named for him: Forsyth Park in Savannah,” Deaton said. “Forsyth County is named for him as is the City of Forsyth. He would be the only Georgian to hold the office of Secretary of State until Dean Rusk in 1961.”

Hear more of our conversation with Stan Deaton in the audio link below. Learn more about John Forsyth and other great figures from Georgia History when you visit the Georgia Historical Society online at GeorgiaHistory.com.