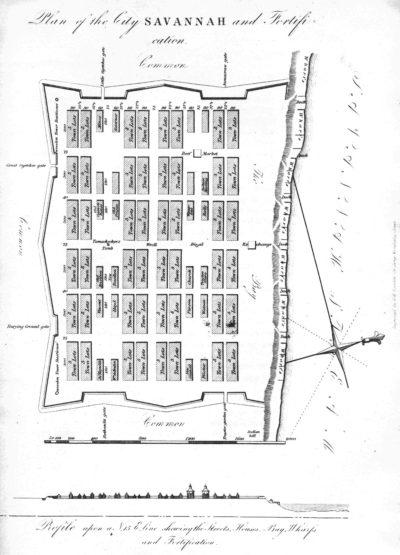 The Georgia History Festival began in September and culminates in February, the founding month of the Georgia Colony. This year, the festival is focused on the State of Innovation.
“Innovation is all about starting something new so what’s more new than an entirely new colony?” Sophia Sineath, education coordinator for Georgia Historical Society, says the work of Georgia’s first innovator is still a living, breathing part of Georgia’s first city.

“Most Georgians are familiar with the name James Edward Oglethorpe,” Sineath says. “We call him our founder. He was one of the Georgia Trustees responsible for deciding to start this new thing called the Georgia colony, the 13th colony. He was not just a man in a powdered wig, sitting in an important room, thinking about how wonderful it would be to have this new colony. He actually got on a ship, came across the ocean and landed with the first colonists in 1733.”

“One of the most innovative parts of Oglethorpe’s leadership was his involvement in laying out Savannah’s city plan,” she continues. “It was Oglethorpe himself, with the help of William Bull, who was a South Carolinian, they were actually the ones who laid out the plan, who built the wards and the squares and the beautiful open design that we still enjoy today in Savannah. Anyone who comes to visit always comments on the beauty of our squares and on walking through our city and it’s all because Oglethorpe took the time to make a dream - a vision - of a planned city on the banks of the Savannah River come to being.”